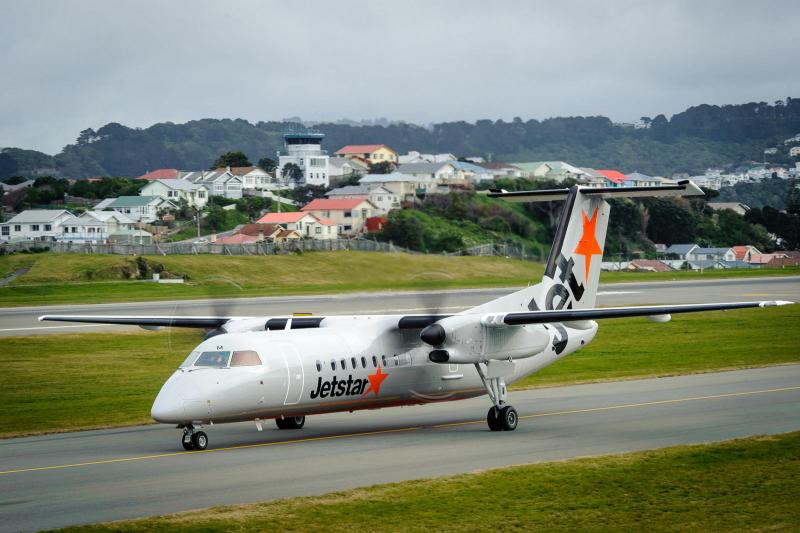 Jetstar’s market share in the domestic New Zealand market has slipped over the last two years and is likely to slip further as it not planning further expansion while Air New Zealand continues to add capacity.

Jetstar currently accounts for approximately 17% share of domestic capacity in New Zealand compared to 81% for Air New Zealand and 2% for small independent regional airlines, according to CAPA and OAG data. Jetstar increased its market share in New Zealand from approximately 15% to 19% in late 2015 and early 2016 as it launched several regional routes using a fleet of five 50-seat Bombardier Dash 8 Q300s. The turboprops are operated by sister company Eastern Airways Australia and previously flown under the QantasLlink brand in the domestic Australia market.

Jetstar is relaunching a thrice weekly service from Wellington to Queenstown on 27-Mar-2018, which will give the LCC seven domestic New Zealand jet routes and 12 routes in total. However, Jetstar does not have any plans for expanding its jet or turboprop fleet in New Zealand.

Meanwhile, Air New Zealand plans to continue adding capacity in the domestic market. The airline stated on 09-Mar-2018 that it is adding 630,000 domestic seats in the current financial year, despite the upcoming suspension of services to the Kapiti Coast, which is one of 12 domestic destinations currently served by Air New Zealand but not Jetstar. Air New Zealand also stated that its turboprop operation alone will add 265,000 seats in the fiscal year starting 01-Jul-2018, representing growth of 4.5%.

Air New Zealand’s domestic seat capacity has grown by approximately 4% over the last year, while Jetstar’s capacity has decreased slightly, according to CAPA and OAG data. Jetstar’s capacity share has therefore declined from 18% to 17%. Jetstar’s share peaked at approximately 19% in 2016 after all five Q300s were in service but has since been dropping gradually as Air New Zealand has continued to expand (albeit at a relatively modest clip).

Visitor numbers to New Zealand increased by 7% in 2017, driving increased domestic demand as some visitors choose to fly around New Zealand in order to take in popular sights on both islands. However, Jetstar does not seem to be benefitting as much from New Zealand’s tourism boom.

“Domestic New Zealand is fundamentally a fairly mature market. Just like domestic Australia it is a mature market so the levels of growth are not going to be phenomenal,” Jetstar Group CEO Gareth Evans said in an interview with CAPA TV on 02-Mar-2018.

“We had been looking for a long period of time at the possibility of deploying turbos into domestic New Zealand to add to the jet operation. Given some changes in the Qantas domestic fleet we had opportunities to redeploy some assets that became spare in domestic Australia into domestic NZ. That that has been very successful in terms of what it has done to those regional routes…bringing low fares to those regional communities within New Zealand and we have seen significant growth on those routes as a result of that,” Mr Evans said. “The turboprops are the right aircraft for those markets. Performance has been going fairly well but it’s not a market we will see phenomenal growth. It’s a mature market in domestic New Zealand and we have a very large and sizeable competitor in that market as well.”