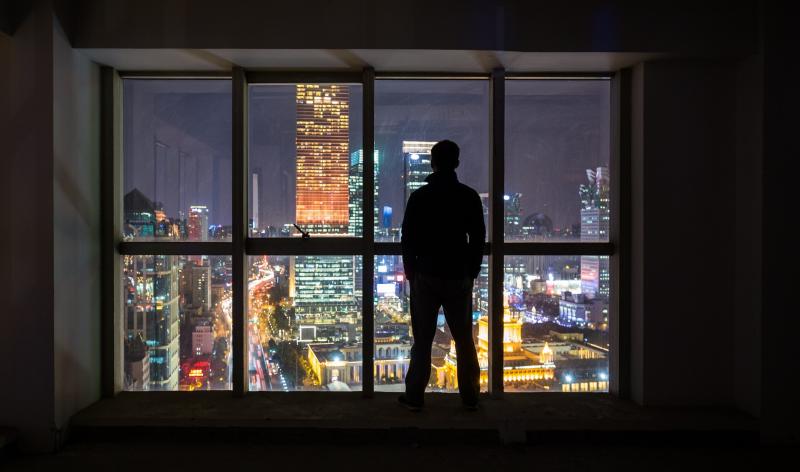 A report this week from the BBC that four in five of Britain's biggest firms plan on adopting a 'hybrid' model of working in the post-COVID recovery highlights how senior management are looking differently on working arrangements. The same attention could also see changes in how they approach staff travel.

The BBC insight shows that the hybrid model of allowing staff to work from home two or three days a week will be adopted by 43 of the 50 large companies surveyed by the BBC. Most are taking a tentative approach to reopening office space with a variety of initiatives. The companies, which together employ around 1.1 million workers in the UK, were questioned directly on how they would approach working when the UK reaches the final stage of its COVID recovery in Jun-2021 with the expected lifting of all restrictions.

Some are allowing employees to work from home for anything from one to four days a week, while many are introducing flexible start and end times to suit staff requirements. But not all firms are taking a relaxed approach. Investment bank Goldman Sachs has told staff to be ready to return to the office in June. The firm's boss David Solomon previously described working from home 'an aberration', BBC News reports in its coverage of the survey.

Accounting firm KPMG is deploying an example of the hybrid approach. It told its 16,000 UK staff this week that they will work in the office for up to four days in a fortnight starting next month under its revised working model. “As part of the firm's new hybrid way of working, from June onwards, the expectation will be that KPMG's people spend up to four days in the office spread over a fortnight, with the rest spent at home or at client sites,” it confirmed.

Many may see this as just a temporary stance in the initial phase of recovery from the pandemic, but this more likely will be a permanent shift in the way we work. "We're never going to go back to working the way we used to work," Mark Read, chief executive of advertising firm WPP told the BBC. Other companies cited "smart working" and "flexibility" as reasons for introducing hybrid working, with many suggesting that workers would be able to make their own choices about how often they come into the office.

While this stance from UK businesses has no direct correlation with the propensity to travel, it does display a significant shift in attitudes and that could also lead to changes into how they approach future staff travel. It will at least reduce travel to and from the office and will see many internal meetings remaining on virtual platforms.

It had been suggested that many pandemic business trends, like the shift from offices to remote work, would only be temporary; the insights from the BBC survey suggest that this may not actually be the case.

Global Business Travel Association’s (GBTA) annual Business Travel Index predicts businesses will prioritise sales travel during the early recovery period in 2021, followed by service and repair travel to existing customers. Internal meetings will be prioritised over external conferences, events and trade shows, according to the research, while travel for employee training and supplier meetings would be less important, especially given virtual alternatives.

The effectiveness of video-conferencing tools – and especially the money they saved businesses – will weigh heavily on travel decision-making. As will pledges to reduce carbon emissions. There is also the big unknown on passenger sentiment. Do we all really want to go back to the lifestyles we had prior to the arrival of coronavirus?

GBTA estimates that worldwide spending on commercial business travel won’t recover to its pre-pandemic peak of USD1.4 trillion until 2025. That may be a few years out, but is encouraging and suggests that doomsayers views that business travel will never recover will be proved wrong. It did recover previously from the global financial crisis and 911, but COVID has been a much bigger crisis.

After the question of do we all want to return to travel, there is the issue of are we yet ready? Christina Cassotis, Chief Executive Officer at Allegheny County Airport Authority, highlighted this perfectly in a post in Blue Sky News, the official publication of Pittsburgh International Airport. She said that for business travellers ”everything old is new again” and muscle memory is proving slow to return for a seasoned traveller.

“In my pre-COVID life, I would have gladly entered any road warrior competition on the speed and efficiency of business travel—and expected to win. After all, I’m not just any seasoned traveller. I run an airport. Air travel is in my DNA. Or at least I thought so. But after flying to my first in-person conference in more than a year, I think the pandemic has addled my brain,” she explained.

Everything was new on this trip, according to Ms Cassotis, “like I was reconnecting with a really old friend from childhood at a favourite spot we hung out at as kids, only I couldn’t remember what we used to do.”

From packing problems and knowing what to wear to arriving at the airport much earlier than before, it was a very different experience. “I had a routine, and I travelled light. I prided myself on being able to get ready for any trip anywhere in the world in 15 minutes or less. I forgot it all,” she wrote.

Travel is an amazing gift. It opens you up to new adventures and new people and new understandings. But, as Ms Cassotis explains, it can be exhausting and anything but glamorous. “People bumping into you with their huge backpacks, turbulent flights and long weather delays – these are all part of the road warrior experience,” she wrote.

“There’s a new world to navigate and we all have a lot to re-learn,” Ms Cassotis acknowledged. “But part of me is embracing those inconveniences, too. Because, well, they feel normal.”