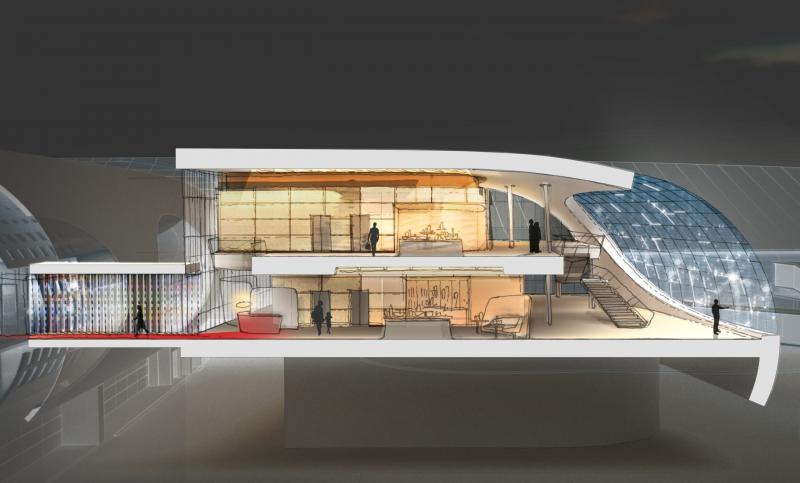 Air France is to use the space between two boarding areas of the Terminal 2F building at its Paris Charles de Gaulle Airport hub to deliver a new lounge experience to its premium customers and Flying Blue Elite Plus customers. In collaboration with Paris Aéroport the new new 3,500 square metre space will be an important addition to a new more streamlined airport design.

The national carrier has recently confirmed that it is working with Parisian space design studio Jouin Manku to deliver a new premium vision for its lounge guests. For partners Patrick Jouin and Sanjit Manku, each new project is described as an adventure as they push themselves further to create spaces “that are exquisite, breathtaking and truly unique”.

Originally founded in 2006, Jouin Manku says it “fuses architecture, interior design and product design in a joyful and fluid exchange”. Some of the studio’s most notable projects include restaurants around the world for renowned chefs like Alain Ducasse, and flagships and exhibitions for luxury jeweller Van Cleef & Arpels.

They are currently working on the transformation of one of Paris’s great train stations, Gare Montparnasse, and the reimagination of the culinary spaces of the emblematic palace La Mamounia in Marrakech. The project at Paris Charles de Gaulle Airport takes them into a new design space

Air France has often called on the country’s renowned designers and architects to support its projects and Patrick Jouin and Sanjit Manku follow such names as Charlotte Perriand, Andrée Putman and more recently Noé Duchaufour-Lawrance and Mathieu Lehanneur.

“A new creative stage is opening up to us. By creating an iconic new lounge, the Jouin Manku studio will enhance the very French notion of hospitality, combining pleasure and poetry,” explains Catherine Villar, SVP Customer Experience at Air France, providing a small insight into the project.

Apart from the initial drawings that are featured here, details of the lounge remain under wraps. Patrick Jouin and Sanjit Manku describe offering guests “a real moment suspended in time before take-off”. And, of course, at the heart of the facility will be the "runway view", a huge curved window with a view of apron and sky. The designers says this will “reinforce the impression of being in a bubble of serenity at the heart of the airport”.

The new lounge is set to open before the end of this year, but an exact date has not yet been confirmed. Located within Terminal 2F it will welcome Air France customers departing on or connecting to a medium-haul flight within the Schengen area or a domestic flight.

Paris CDG continues to grow with operator Paris Aéroport reporting year-on-year passenger growth of +2.9% in Jan-2020. Across a rolling 12 months (Feb-2019 - Jan-2020), the airport is growing at a rate +5.4% strengthening its position among Europe's leading hubs and the potential to overtake London Heathrow as the Continent's largest airport.