A welcome winter? European capacity set to rise at highest rate this decade 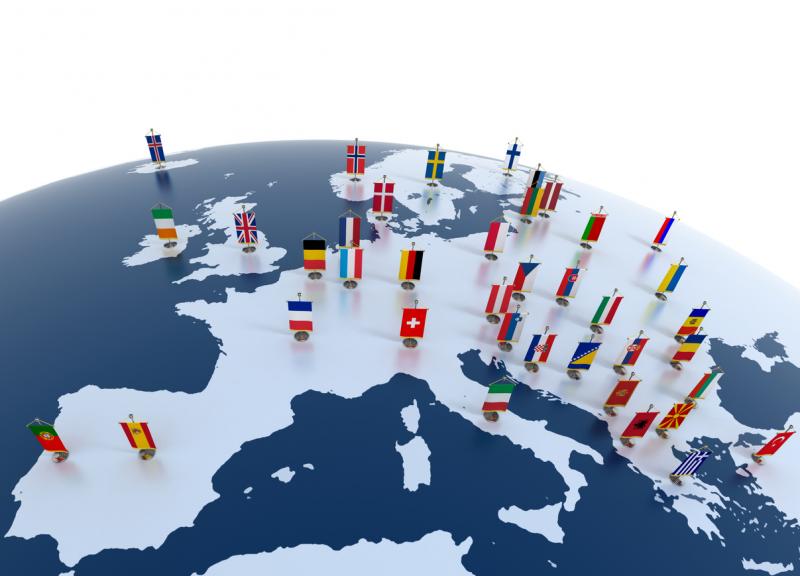 Growth in airline seats from Europe will accelerate to 7.2% in winter 2017/2018, versus 5.7% last winter, according to analysis from CAPA – Centre for Aviation. This is around one percentage point lower than without Monarch Airlines’ collapse and Ryanair's reduced growth, but will still be the highest winter growth for ten years, in spite of the unstable European airline environment and the closure of airberlin and continued doubts over the future of Alitalia.

The detailed analysis of OAG schedule data highlights some themes that have been consistently visible for a number of seasons now and that downward unit revenue pressure is likely to continue through the winter. Continued growth at rates that may not be sustainable in the long run will continue to challenge viability in the European airline sector, suggests CAPA.

In airline terms, it shows that Wizz Air and TAP Portugal are the fastest growing European groups this winter, while Turkish Airlines, Pegasus Airlines and Finnair are also growing at double digit rates. In fact, all but two of the top 20 groups are growing seat capacity year-on-year this winter. While the closure of airberlin from 28-Oct-2017 may influence winter capacity in the short-term, much of its capacity will likely be reallocated before the end of the season.

Within Europe, Low Cost Carrier (LCC) seat growth will be almost three times non-LCC growth. On the North Atlantic, above trend growth is being driven by LCCs and other non-joint venture operators, reveals CAPA. On Europe-Asia Pacific, accelerating growth is mainly the result of Asian airline expansion.

This winter's 7.2% increase is the highest growth rate in winter seat capacity since 2007/2008, when it reached 7.9%. Since then, winter growth has not exceeded 6%. It is also a faster rate of growth than we have just seen in summer 2017 which grew 7.0% compared with last year's summer schedule.

The CAPA analysis suggests that continued above trend capacity growth may drive further consolidation. It says the outlook for European seat capacity growth in winter 2017/2018 is "clouded a little by the uncertainty" surrounding recent bankruptcies, in addition to "the habitual uncertainties at the start of a season", which often means that plans are adjusted as the season unfolds.

Our own analysis at The Blue Swan Daily of OAG schedules shows that winter capacity in 2017 will grow at all major countries across Europe, albeit reductions are expected in the principality of Monaco and the overseas territory of Gibraltar - the latter purely driven by the recent collapse of Monarch Airlines which was the largest operator at the headland, on Spain's south coast. At more than 70% of the countries (33 out of 47) the rate of growth will exceed that seen in winter 2016.

CHART - European winter departure capacity has risen 19.6% over the past five seasons with the 'Top 10' nations accounting for more than three quarters of the total seats 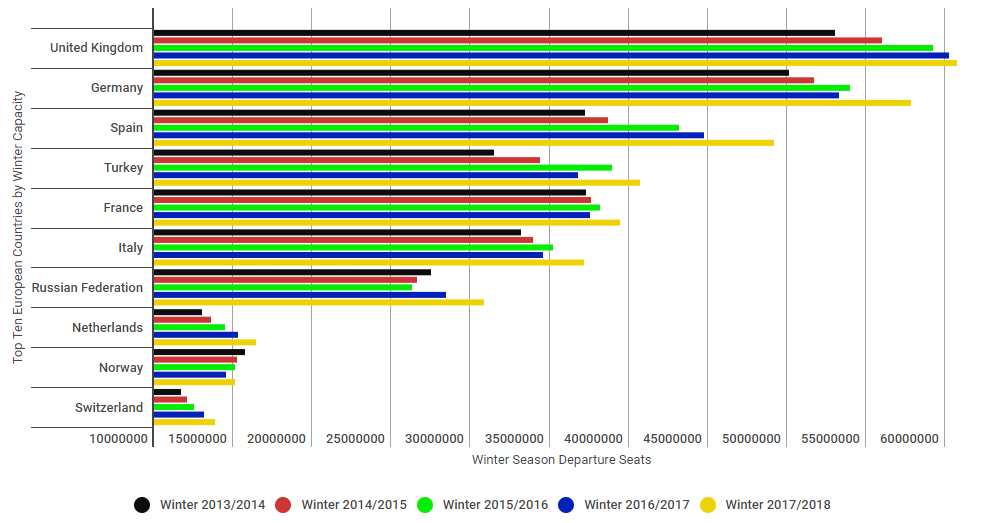