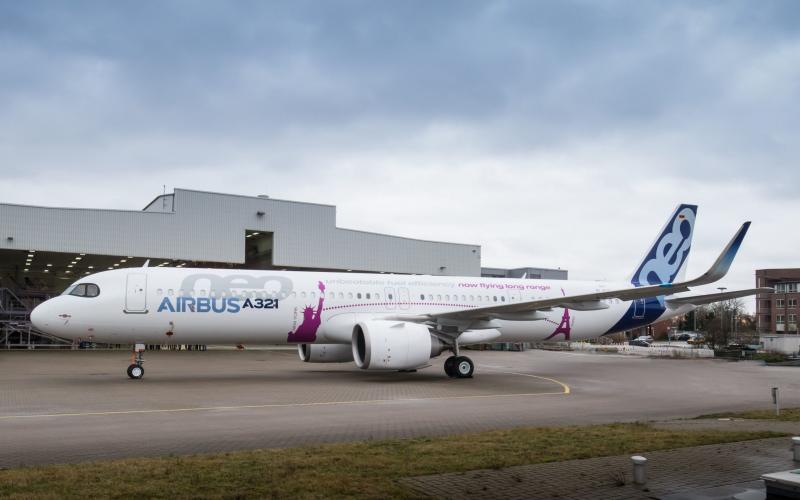 Brisbane-Manila could be the first of several long haul narrowbody routes for the Australia market over the next few years as over 500 A321neos are delivered to Asia Pacific airlines.

The A321neo can operate routes of up to 7000km, providing an opportunity for airlines in the Australia-Asia market to launch new routes and add frequencies on existing widebody routes. Philippine Airlines (PAL) will become the first airline to operate the A321neo in the Australian market in Mar-2018, when it plans to launch nonstop flights from Brisbane to Manila.

PAL currently uses A320ceos to serve Brisbane via Darwin. Manila-Brisbane nonstop is not within the range of the A320ceo or A321ceo, both of which PAL operates.

PAL also plans to use its new A321neo fleet on the Sydney-Manila and Melbourne-Manila routes within the following few months after the Brisbane-Manila launch. Sydney-Manila and Melbourne-Manila are both eight hour routes, making them slightly longer than Brisbane-Manila. PAL now serves Melbourne and Sydney with A330-300s but is keen to deploy the smaller A321neo as it will enable the airline to increase frequencies on both routes.

Brisbane-Manila, and later Melbourne/Sydney-Manila, will overtake Cairns-Singapore as the longest narrowbody route from Australia. Cairns-Singapore is a seven-hour route by SilkAir, initially served with 737-800s and, from 8-Jan-2018, 737 MAX 8s. The longest narrowbody route for an Australian airline is Virgin Australia’s Sydney-Bali service, which has a scheduled block time of 6hr35mins.

More than 350 of the Asia Pacific orders are from airlines based in Australasia and Southeast Asia, making them very relevant for the Australian market. Some of the 126 orders from North Asian airlines could also be relevant as a few Australia-North Asia routes would be within range of the A321neo, such as Cairns to Hong Kong and Guangzhou.

Hong Kong-based Cathay Dragon and Guangzhou-based China Southern both have A321neos on order. All Nippon Airways (ANA), Asiana and Korean Air also have ordered the A321neo but there are no Australia-Japan or Australia-South Korea routes within range.

VietJet is one of five Southeast Asian airline groups with A321neo orders along with AirAsia, Cebu Pacific, Lion, Vietnam Airlines and PAL. Cebu Pacific, Lion Group, Vietnam Airlines and PAL all plan to take delivery of their first A321neo by the end of 2018 while AirAsia’s first delivery is slated for 2019. Full service airline Batik is expected to operate Lion Group’s A321neo fleet, while the AirAsia Group plans to allocate its future A321neo to several of its LCC affiliates.

For Australia, the AirAsia, Cebu Pacific and Lion/Batik orders are relevant – as well as of course PAL. The A321neo could potentially be used by both AirAsia Indonesia and Batik to launch flights from Melbourne and Sydney to Bali. Melbourne-Jakarta and Sydney-Jakarta would also be possibilities. Cebu Pacific prefers to stick with A330s for Sydney and Melbourne but could potentially look at using A321neos for other routes in Australia – although this is not a priority.

Asian LCCs generally do not believe long haul narrowbody operations would be viable and are planning to mainly use A321neos to up-gauge existing regional routes, particularly to slot constrained airports. However, some secondary long-haul routes to/from Australia could ultimately prove to be attractive as they are thinner and higher yielding compared to routes within Asia.

Jetstar Airways will also have the opportunity to deploy the A321neo on long haul routes to Southeast Asia. Jetstar has 45 A321neos on order for delivery from 2019. While most of these aircraft are expected to be deployed in the domestic market a portion could be used on international routes to Southeast Asia – both existing routes now served with 787s and potential new long-haul routes.

The A321neo could prove to be a game changer for Jetstar and several Asian airlines that serve Australia.