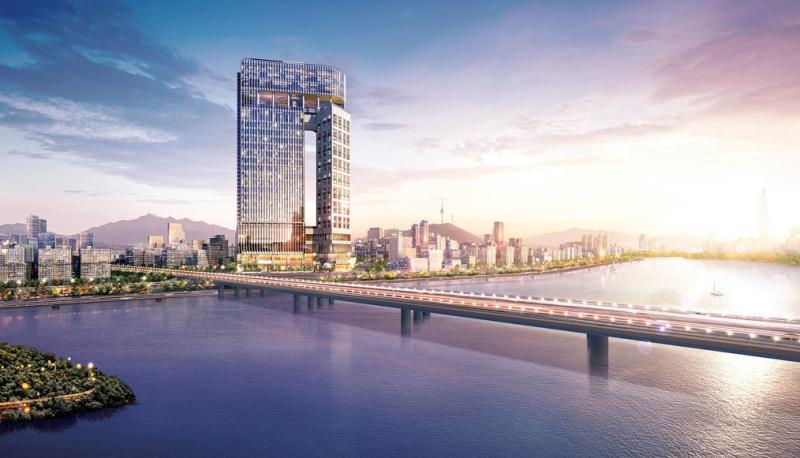 Accor has opened the first property under its MGallery brand of boutique hotels in South Korea’s capital Seoul. The 196-room Hotel Naru Seoul – M Gallery Ambassador is located in Seoul’s Mapo-gu district, and offers views of both the city’s skyline and the Han River.

The hospitality group has recently expanded its MGallery portfolio in Australia with a landmark 400th property across Australia and the Pacific, while other brands are growing in Morocco and Mexico, among other recent announcements.

Mapo-gu district a centre for transportation and commerce

The Mapo-gu district has been a centre for transportation and commerce since the Chosun dynasty and continues this role today.

The vibrant district is located on the northern banks of the iconic Han River, in close proximity to Incheon International Airport and the central business district.

Named after the original name of the area, Maponaru, the 196-key Hotel Naru Seoul – MGallery Ambassador reflects the spirit of the neighbourhood through its design aesthetic and guest offerings. Artists, poets, and painters have been drawn to Maponaru's charming nature for generations and the natural beauty and artful roots of Korean culture serves as inspiration for the property.

Featuring a modern exterior, shadow glass panels look out across the Seoul skyline connecting guests with the sweeping views of the river and allowing natural daylight to flow inside. Biophilic-inspired interiors create an intimate connection between guests and nature. The atmosphere is peaceful and calm. The Green Building certified hotel has been engineered to leave a minimal carbon footprint.

Accor hits 400th property milestone in Australia and the Pacific

Elsewhere, Accor recently marked the arrival of its 400th property in Australia and the Pacific with launch of Sydney's landmark The Porter House, also part of the MGallery Hotel Collection. The milestone is part of dynamic Pacific expansion, with 11 new hotels and 1569 rooms set to open in next two years in Australia and New Zealand,

Accor’s first hotel in the region – Novotel Sydney Darling Harbour (1991) – was a catalyst for the redevelopment of Darling Harbour into Sydney’s premier tourism, entertainment and events precinct, and the transformation of the iconic, heritage-listed Porter House building into a luxury hotel is set to boost Sydney’s CBD revival. 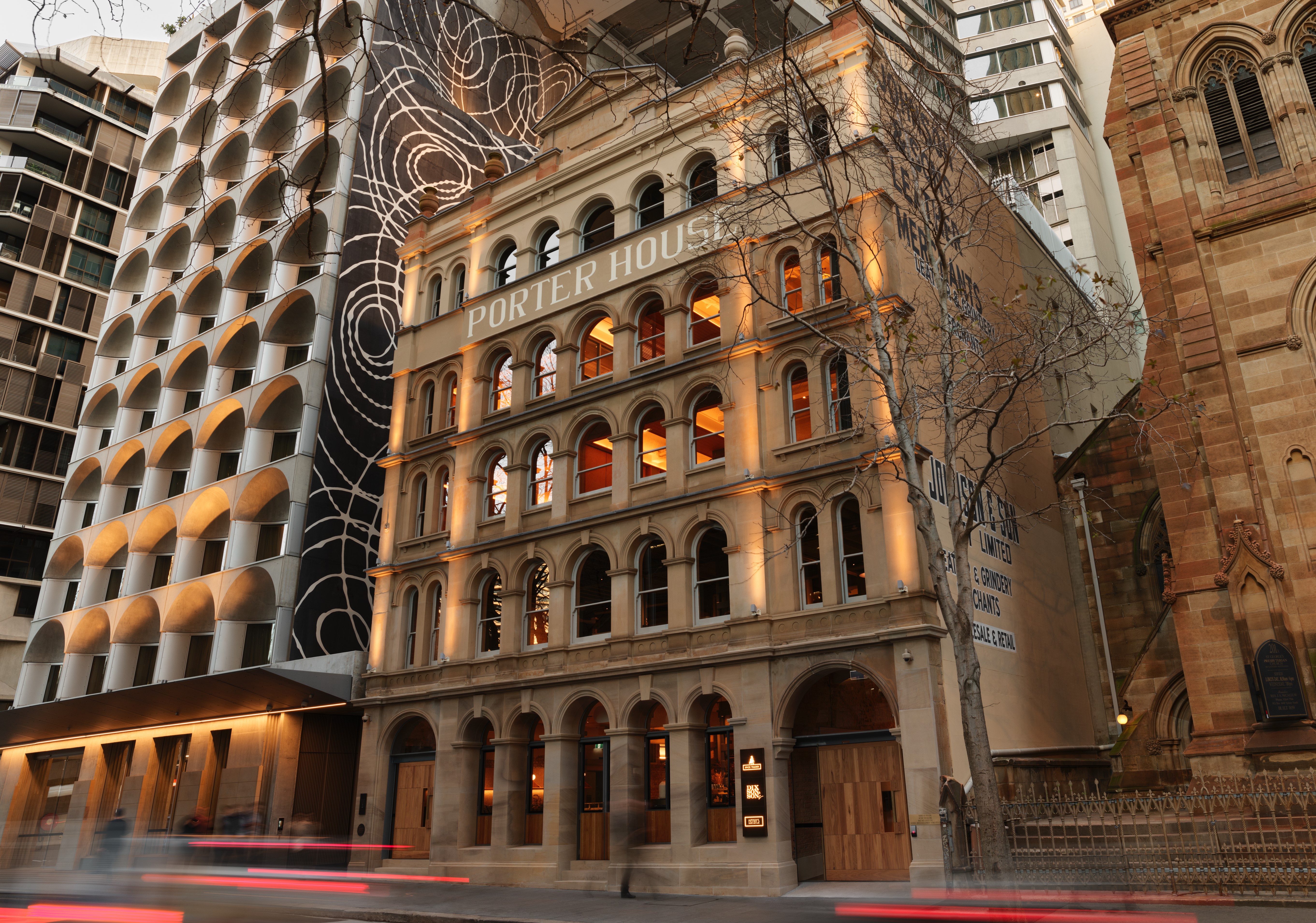 The hotel has been created out of a building commissioned in 1876 by Hugh Dixson, Australia’s leading tobacco manufacturer and a notable philanthropist and horticulturist. After starting its life as Dixson & Sons tobacco factory and warehouse, it became a retail shopfront for the artisan furnishings of WW Campbell & Co and famous leather merchant George Johnson & Sons.

Located on Castlereagh Street, the luxury hotel offers 122 rooms and suites, which occupy the first 10 floors of a 36-storey mixed-use tower. A residential component comprising 131 apartments, with private entry via Bathurst Street, sits above the new MGallery hotel, while a multi-level food and bar destination has been created within the restored 1870s heritage-listed building itself.

The opening of the Porter House Hotel is part of a large-scale expansion of the Accor group in the Pacific region, with 11 new hotels scheduled to open before the end of 2023. They include the debut of the 25hours brand in Australia, new airport hotels at Melbourne Airport and Auckland Airport, and another heritage restoration in Sydney, Hotel Morris, which is being created out of the 1929-built former West End Hotel in Pitt Street.

Across the rest of the world, Accor will grow its luxury footprint in the Kingdom of Morocco with its third Fairmont property, set to open on 01-Nov-2022. Accor currently operates 41 properties (6,215 keys) in Morocco with a pipeline of four properties (768 keys) in development.

The new Fairmont Tazi Palace Tangier in the Northern region of Morocco is set to open in the fourth quarter of 2022 and will consolidate a long-standing partnership with Katara Hospitality, a global hotel owner, developer, and operator based in Qatar, which already owns several landmark hotels managed by Accor.

The restored historical palace will feature 133 luxurious rooms and suites, a Fairmont Spa, multiple restaurants and bars, as well as modern conference and banquet spaces.

With its deep history blended with contemporary Moroccan architecture, Andrew Humphries, acting CEO of Katara Hospitality, says the Tazi Palace will become “a true hospitality icon” that represents both a proud legacy and an exciting future. “The resort will emerge as a relaxing urban escape that is a true celebration of rich Moroccan culture and history,” he explains. 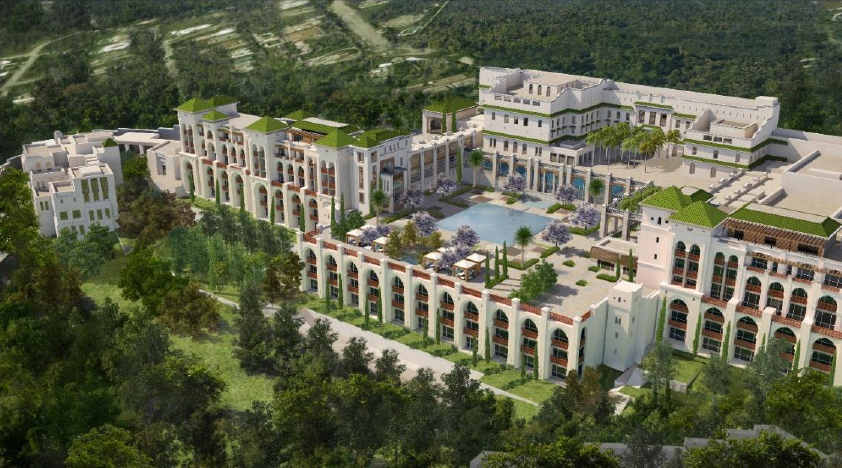 “We are confident the ethos of the Fairmont brand is a strategic fit as it is important that we have an operator which understands and respects the heritage of this wonderful hotel, ensuring it occupies its rightful position in the local and global market-places when it opens later this year,” adds Mr Humphries.

Nestled in the heart of the city and in one of its most exclusive locations, Fairmont Tazi Palace is perfectly set on a forested hill offering unparalleled views of Tangier. The property enjoys an enviable location at the heart of the upscale residential Boubana area, offering guests convenient proximity to the main attractions of the city: 10 minutes away from the city centre and the Corniche, and only 20 minutes from the airport.

In the Americas, Accor has celebrated the Novotel brand's 20th year anniversary since its arrival in Mexico with the opening of its second flagship property in the country. The new hotel is Accor’s 34th location in the country.

The property features 106 rooms with views of the city and was created with the brand’s newest vision for modern hotel design. Sello N, a local architecture and design studio based in Mexico City, led the design for all areas of the hotel. 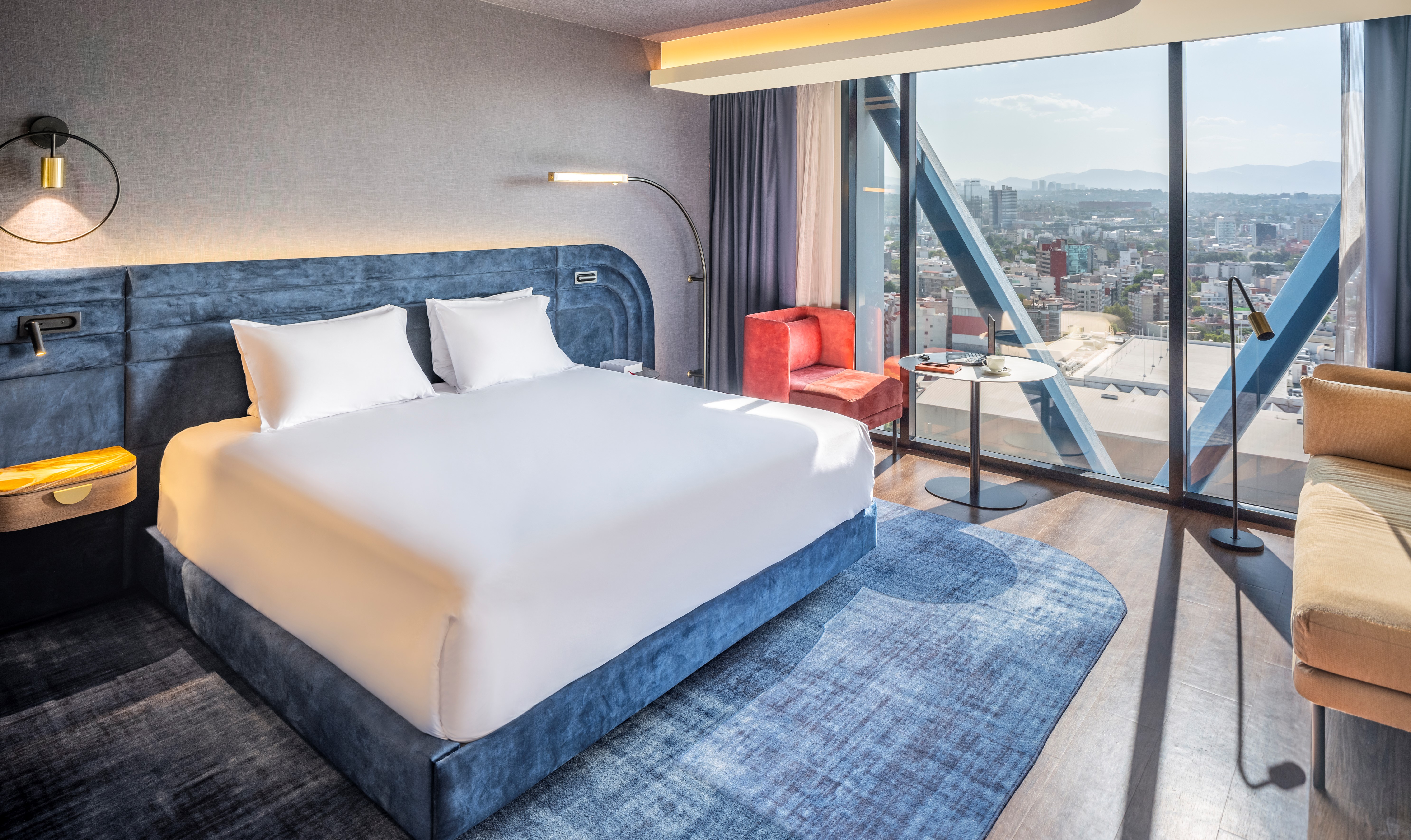 Select suites were created based on the global design concept originally conceived for the Novotel brand by the Sundukovy Sisters, leading architecture and design firm, and adapted by the local design studio for this new flagship.

Taking inspiration from the distinctive character of the destination and blending it with contemporary décor, a playful assortment of colour palettes, prints and innovative design are visible in different areas of the hotel, with unique coliving spaces that embrace lively social surroundings, current trends and timeless comforts.