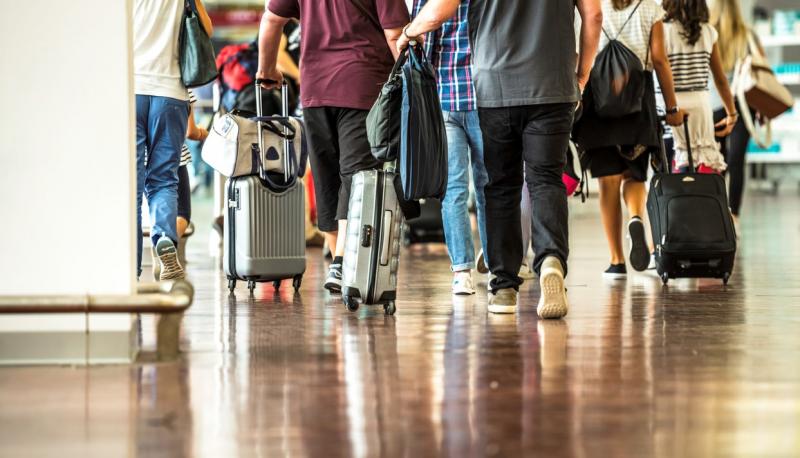 ACI Asia-Pacific, the voice of airport operators in Asia-Pacific and the Middle East, notes that travel recovery in Asia Pacific and the Middle East benefited from "strong pent up demand" in 2Q2022. The easing of travel protocols is what is ultimately driving the recovery of traffic with countries including Australia, Cambodia, India, Malaysia, Singapore and Thailand all withdrawing restrictions on international air travel during the period.

As such, passenger traffic "increased substantially" between later Feb-2022 and early Jun-2022, notes ACI Asia-Pacific, based on statistics from key hubs in these countries. This has supported South Asia and the Middle East recovering to approximately 85% of 2Q2019 seat capacity.

However, the East Asia region only reached 15% of 2Q2019 levels due to China's COVID-zero policy and renewed lockdowns and the fact many countries in the region are heavily dependent on Chinese passengers.

Scheduled domestic seat capacity across ACI Asia-Pacific’s members has now recovered to 89% of 2Q2019 levels. Total domestic capacity is expected to exceed 2019 levels by 3Q2022 and full year traffic will "likely be on par with 2019 levels," it says.

A ‘cautious sense of optimism’ for the aviation sector

ACI Asia-Pacific describes a “cautious sense of optimism” for the aviation sector following the relaxation of travel restrictions and successful vaccination programmes in many parts of Asia Pacific and the Middle East, but warns of continued headwinds.

“Despite signs of improvement, the industry still faces strong headwinds, including geopolitical instability in eastern Europe and its subsequent impact on the global macroeconomics, including high inflation, rising energy prices and disruptions in supply chains," the organisation said.

ACI Asia-Pacific expects pent up demand, particularly for leisure and VFR travel, will continue to support the industry's recovery with the Asia Pacific region expected to reach 62% of 2019 traffic levels in 2022.

“Though 2022 looks to be a more positive year for the sector, there will be bumps in our road to recovery especially in consideration of the uncertain macroeconomic scenario,” says ACI Asia-Pacific director general Stefano Baronci.

ACI Asia-Pacific stated airports in Asia Pacific and the Middle East have experienced recent personnel shortages to a lesser extent than airports in Europe and other regions. ACI attributed the reduced impact in Asia Pacific and the Middle East mainly to "the long term vision of several airports to retain their staff despite the challenging time and to the moderate recovery of traffic compared to other regions".

ACI said the slower recovery in Asia Pacific "is giving our airports and other aviation stakeholders time to address the challenges and simultaneously work on introducing digital technologies and reskilling and upskilling staff".

ACI Asia-Pacific reported airport financial margins "remain far below pre-pandemic levels and are economically unsustainable" as of 2Q2022, despite an improving trend. Quarterly revenues remain 60% below 2019 levels, which is a similar level to 2021, "indicating that revenues continue to remain at unsustainably low levels, leading to large operating losses", according to ACI. Total operating expenditures declined in 1Q2022, compared to 2019.

The airport organisation reported  air cargo markets in Asia Pacific and the Middle East remained "robust" in 2Q2022, driven by a resurgence of volumes in China and the re-routing of Europe-Asia cargo through Middle Eastern hubs to avoid Russian airspace.

Recent improvements in supply chain constraints and the easing of COVID-19 restrictions in China are expected to ease market conditions and drive demand for air cargo. Air cargo volumes for 1Q2022 exceeded 1Q2019 levels across most sub-regions. The Emerging East Asia region accounted for 32% of cargo, followed by Developed East Asia (30%), Middle East (16%) and Southeast Asia (15%).