After four attempts in five years, Garuda Indonesia is set to finally pull the plug on its unprofitable London link 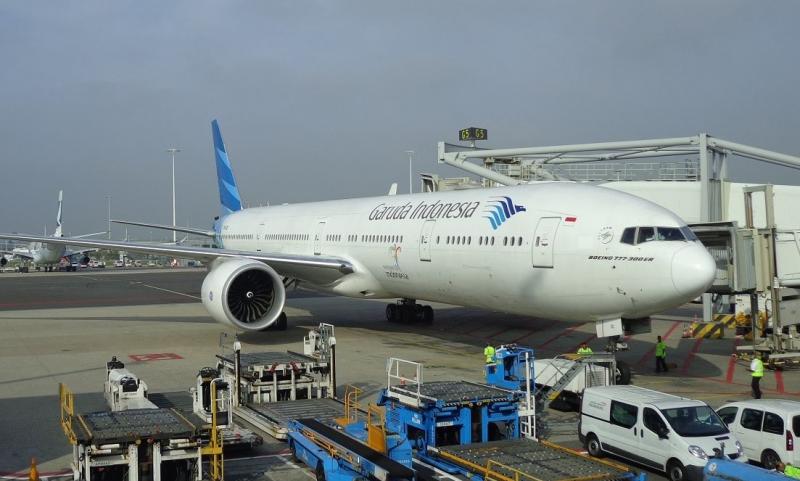 Garuda Indonesia is again suspending services to London, ending the latest chapter in a colourful saga that began five years ago. A permanent suspension is sensible as London has been a highly and consistently unprofitable market for Garuda despite multiple different routings.

The Asian carrier announced last week plans to suspend services to London Heathrow in Aug-2019 as part of a network restructuring initiative aimed at reducing losses. London is currently served three times weekly on a Jakarta-London-Bali-Jakarta routing. Garuda’s only other long-haul route, Jakarta-Amsterdam-Jakarta, is reportedly being reduced from six to three weekly flights.

Garuda resumed serving London in Dec-2018, reinstating three weekly Jakarta-London-Jakarta flights only two months after suspending the route in Oct-2018. The Bali stop on the return sector from London was added on 22-Jan-2019.

While Bali is a popular holiday destination for UK residents, Garuda had to overcome several challenges including a weak brand in the UK market and intense one-stop competition. Several one-stop competitors have a more attractive offering given that a stop in congested in Jakarta is required in one direction and the fact Garuda has a less than a daily service.

Emirates Airline, Malaysia Airlines, Qatar Airways and Singapore Airlines are particularly strong competitors in the Bali-London market as they offer multiple daily flights to both Bali and London. They also offer multiple daily flights to Jakarta, giving them an advantage in the London-Jakarta market – particularly for business passengers and corporates.

As The Blue Swan Daily stated at the start of this year: “London is a challenging market that is often launched and maintained by smaller flag carriers for prestige rather than commercial reasons. Garuda’s decision to resume London is surprising and, in our opinion, likely to be politically driven.”

Indonesia’s government, particularly the tourism ministry, has been keen for Garuda to maintain a London service. However, the reality is the service cannot be sustained without a large subsidy and the Indonesia-UK market can be sufficiently served by foreign airlines.

Garuda tried a staggering four different routings since launching London in Sep-2014 – and none came close to breaking even. London was initially served using Gatwick airport and as tag to Jakarta-Amsterdam. After 18 months at Gatwick, Garuda switched to Heathrow in Mar-2016.

At the same time the Amsterdam stop was dropped in favour of a Singapore stop but only in one direction, resulting in a nonstop service from Heathrow. The Jakarta-Singapore-London Heathrow-Jakarta route was operated for 19 months, until Oct-2017. It incurred huge losses due to very low load factors and yields, leading to a reduction from five to three weekly flights in Sep-2016.

In Oct-2017 the thrice weekly nonstop return service was launched but only lasted one year due once again to low load factors and low yields. Garuda tried to stimulate demand by offering one-stop connections on the Kangaroo route from the UK to Australia – a market Garuda had long aspired to compete in but could not without a London-Jakarta nonstop in both directions. However, the London-Melbourne and London-Sydney markets failed to improve the bottom line as they are extremely competitive and low yielding.

The suspension of London Oct-2018 initially seemed permanent but surprisingly Garuda made a U-turn in resuming the service two months later, subsequently adding the Bali stop in one direction.

Hopefully the upcoming suspension will finally bring this saga to an end and Garuda will not be swayed to return to London yet again. It is time for Garuda – and the Indonesian government – to move on and focus on more lucrative opportunities within Asia.