Air China appears to be dipping its toes back into the domestic market, but concerns over the return of COVID-19 means international development will have to wait, - at least for now 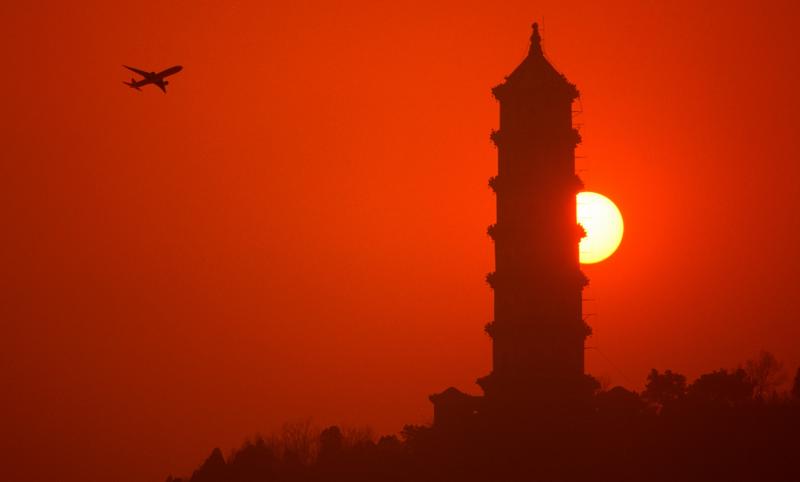 All eyes are on China’s airlines right now to get a handle on how the aviation and wider travel sector may recover from the current global coronavirus pandemic. As the first country to be hit by the virus, it is also the first to emerge the other side and a relaxing of domestic restrictions is seeing the major state-controlled airlines in the country beginning to grow domestic capacity.

When we say ‘grow’ that is from the bottom of the market where capacity cuts for some have fallen to around 10% of the level that were seen before we descended into this unprecedented situation, or even to zero for those that have temporarily shutdown to minimise expenses over the next couple of months.

In China’s case, the trough hit in Feb-2020 and saw domestic capacity fall by over 70% on the levels recorded in Jan-2020 ahead of the lockdown of Wuhan and neighbouring cities that brought the crisis, then just a domestic Chinese concern, to the world’s attention.

The first of a new regular feature from CAPA – Centre for Aviation on ‘Airline Future Plans’ studies Air China. The series is designed to show which airlines have started the slow post-COVID-19 recovery process, moving beyond what now is seeing the operation of skeletal networks. CAPA says the series “aims to provide rare insights into airline strategy on core fleet and network deployment as airline management grapples with fast-changing circumstances”.

The patterns established in China will certainly offer some guidance to the rest of the world, just as China’s strict containment measures have also provided cues to efforts elsewhere. The Blue Swan Daily provided a snapshot last week into Air China’s activities as the focus on of one of its regular data spotlight reports.

This new CAPA analysis provides a deeper insight, including the below chart that provides a more detailed look at how Air China has modified its domestic flying over each of the past three weeks. It shows that while its future network plans are subject to change, it shows an intent for the airline to quickly return its schedules to pre-COVID-19 levels as early as the week-long May holidays.

While we must caution that this will possibly be revised down again, as the airline continually adjusts its capacity, it does send a positive message to the world that it believes normality is returning. CAPA describes it as a “remarkable sign of planned domestic aviation recovery” and that there are “few if any other airlines that would even contemplate such a recovery”.

This graph plots the forward capacity based on consecutive weekly changes in forward filings of domestic schedules with intelligence provider OAG. This provides an insight into airline planning, with weekly oscillations reflecting the highly volatile environment that airlines are working in.

Source: CAPA - Centre for Aviation and OAG (NOTE: These values are at least partly predictive up to 6 months from 16-Mar-2020 and may be subject to change)

The chart and CAPA analysis show that Air China’s domestic capacity bottomed out in the week commencing 17-Feb-2020, at 353,000 seats, a reduction of 76% year-on-year from the end of Jan-2020. However, in the week commencing 24-Feb-2020 there was then a rapid increase in seats to 659,000 seats, when the CAAC introduced a series of government support measures to encourage airlines to recommence air services.

This bounce was followed by another increase of 33% in the week commencing 02-Mar-2020, to 874,000 seats, but in turn this was followed by a 4% decrease to 835,000 seats, possibly reflecting a stabilisation of underlying demand at these levels. CAPA says Mar-2020 load factor and passenger performance will bear this out and are due for release in mid Apr-2020.

It is a different story for Air China in the international market, and as CAPA notes in its report, the carrier appears to have found “a new low” with its capacity in the week commencing 30-Mar-2020 – a drop of 95.0% year-on-year. This reflects the introduction of Air China’s new skeleton international network under direction from the regulator CAAC and which strategically maintains a variety of key routes, but with drastically lower frequency.

This is being influenced by the rapid global spread of the virus and because of associated action by governments to close borders and restrict travel. But also to allow Chinese officials to be more vigilant with imported cases as citizens return to China potentially bringing an unwelcome guest in tow – almost all COVID-19 cases being reported in China are now from people returning to the country.