Air New Zealand gets a reprieve as United cuts back on seasonal Auckland service. But record capacity is good news for tourism – and tourists 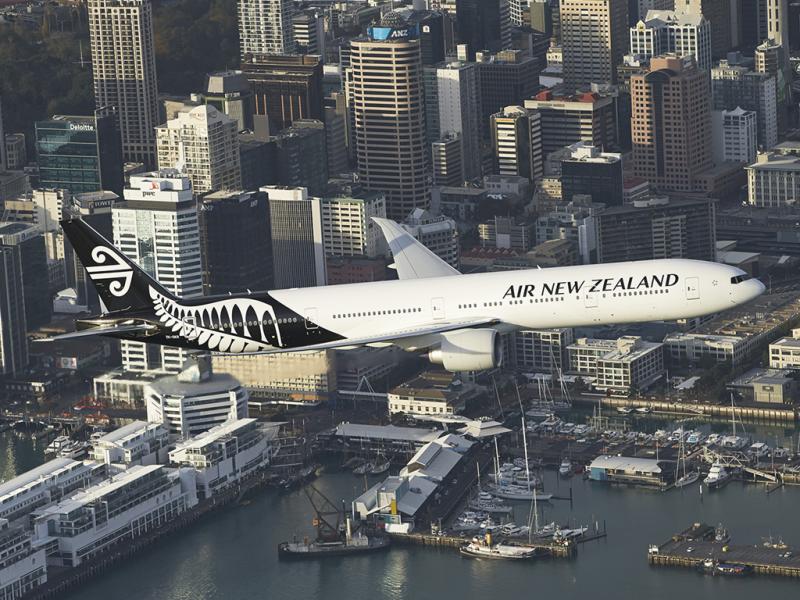 In early Jan-2017 United Airlines announced plans to cut back its daily San Francisco-Auckland 787-8 service to operate only seasonally. It will suspend the service between 16-Apr-2017 and 28-Oct-2017. This is United's only flight to New Zealand, although it also has two daily flights to Sydney and one to Melbourne.

In 2016 American Airlines also entered Auckland with a daily Los Angeles-Auckland 787-8 service. This was operated in partnership, but not under a JV, with Qantas. Qantas used to serve Los Angeles-Auckland using fifth freedom rights, so American's service effectively replaces Qantas on a historical basis.

The American/Qantas combined Australia-US and New Zealand-US nonstops are important for tourism – they more easily allow American visitors to visit both countries; likewise for United.

2016 was a record year for capacity New Zealand and the North America mainland, 6% higher than the previous peak in 2008. Prior to United's adjustment this month, 2017 had promised a further 17% growth (largely a full-year realisation of capacity injected in mid-2016); this has now been revised downwards to 10%. But 2017's growth still means capacity will be 17% larger than in 2008.

The added competition has meant also that Air New Zealand is competing harder for Australian transit traffic to the US. Air New Zealand has been carrying a large amount of “sixth freedom” Australia-North America traffic, but the recent growth in non-stop flights has put added pressure on Air New Zealand for this transit business. In Oct-2016, Air NZ CEO Christopher Luxon made a push to Australians travelling from outside Brisbane, Sydney or Melbourne to use Auckland as their transfer point and promoting the relative ease of transferring there.

New Zealand’s US travel market is much more seasonal than Australia’s. But price competition is strong

Australia has received more North American growth than New Zealand, raising the question whether Australia will be next to see capacity rationalisation. Recent times, however, have seen continued growth. Most recently, Qantas is growing by adding a second frequency with its 787-9 on the Melbourne-Los Angeles. And Virgin Australia is conducting its first major long-haul restructure for some time, to grow further in Los Angeles as it deploys its 777s exclusively to North America.

The Australian market has distinct differences from New Zealand that suggest capacity – as so far planned – can be absorbed. But it will have a downward impact on pricing and yields. Australia has a larger outbound market than New Zealand: 629,000 Australians visited the US in 1H2016 according to latest available US data. New Zealanders visiting the US numbered only 176,000 in 1H2016. The difference in outbound visitors to the US is approximately 2,500 a day, equating to multiple flights.

There is less seasonality in Australia compared to New Zealand. In New Zealand, 61% of American visitors arrived in five months over 2015: Jan, Feb, Mar, Nov and Dec. Each month accounted for at least 10% of total annual arrivals. Each month from Apr-2015 through Oct-2015 saw about 5% of visitor arrivals. This quieter period coincides with when United will seasonally suspend its Auckland service. Data for full-year 2016 is not yet available, but based on available figures and estimates, is tracking similarly to 2015.

Share of American visitors to Australia by month: 2015-2016E

Source: CAPA - Centre for Aviation and US NTTO

Share of American visitors to Australia and New Zealand by month: 2015

United was best positioned to reduce capacity in the market: it has an advantage in US point of sale, which gets quiet in the off-season. United can access New Zealand via JV partner Air New Zealand. Air New Zealand, if it pulled back on capacity, would have to re-deploy it across what is a fairly limited network; United has more to work with.

American Airlines has some disadvantage in Auckland since it does not have a local partner, but the service is strategically important for it and partner Qantas, whose strong presence helps sell American's Auckland service.

Yet rationalisation for the bigger market, North America-Australia, awaits. Given planned growth and expansion being considered, that isn’t going to happen soon – which is good news for travellers and for tourism.