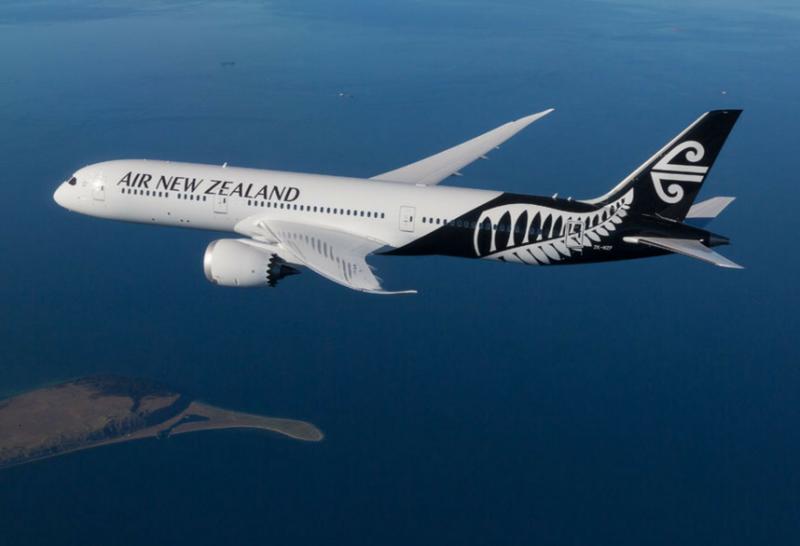 Air New Zealand has opened reservations for its Auckland–Seoul route which will resume in Nov-2019. It will operate three weekly flights on the route from 23-Nov-2019, increasing to five times weekly during the peak holiday period from late December to mid-February. It has been over 20 years since it last served the route having suspended its previous link back in the first quarter of 1998.

The airline revealed its plans to return to Seoul in late Mar-2019, influenced by growing travel demand between South Korea and New Zealand, but has been awaiting slot confirmation and regulatory approval prior to opening reservations. It is offering one-way economy fares from NZD649 and from NZD1486 in premium economy and NZD2436 in the premium business cabin.

In fact, latest data from Statistics New Zealand for Feb-2019 visitor arrivals highlights that South Korea is one of the strongest performing markets. While overall arrivals were down -1.3% year-on-year during the month and arrivals from Asia down -12.2%, numbers flying in from South Korea were up by more than a fifth (+21.3%). The 10,385 arrivals in Feb-2019 is only slightly below levels from the number two Asian market, Japan (11,677), which was down -2.6% year-on-year.

It is no surprise that China is the largest inbound market into New Zealand from Asia with almost five times the levels from South Korea (based on Feb-2019 performance), but it is a surprise to learn that arrivals were down more than a quarter (-26.2%) year-on-year in Feb-2019.

Over that last year (12 months to Feb-2019), around 90,000 arrivals have been recorded in New Zealand from South Korea. The largest share by far is leisure travellers (72.6%), with a further 12.5% visiting friends and relatives and just over 3% on business. The majority of arrivals are in the 55-64 age bracket and most stay in the country for between four and seven days.

CHART - There are clear seasonal peaks in Korean Air's current offering from South Korea to New Zealand, but that peak was less pronounced during the last winter season

"It's clear the new route is also going to be an important link for connecting the 40,000 Koreans living in New Zealand with friends and family back home as well as a convenient option for Korean visitors wanting to come and explore New Zealand," adds Mr Wallace.

The new Air New Zealand flight, operated by its Boeing 787-9 Dreamliner, will compete with an existing Korean Air connection between Auckland and Seoul. The long-running service is currently being flown using 777-200, but will switch to a 787-9 from Jul-2019 before reverting to a 777-300ER from Oct-2019.

It will significantly enhance its own offer on the city pair, which is currently flown via the Japanese capital with the Tokyo-Seoul sector flown by Air New Zealand’s Star Alliance partner Asiana Airlines. This will bring travel times down from 16 to 12 hours northbound and 20 (due to a long layover in Tokyo) to 11 hours southbound.