airBaltic boosts its international brand as it becomes the CSeries posterchild 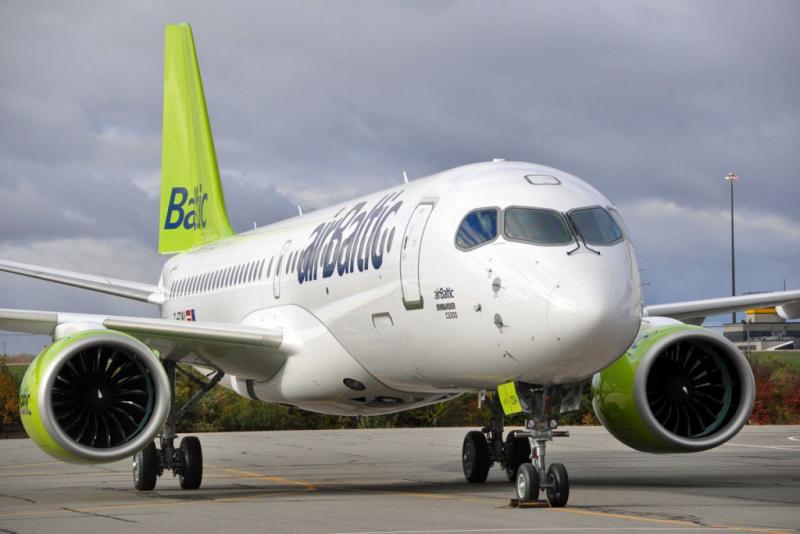 One of Europe's smaller flag carriers has gained international brand recognition over the past year as it has showcased the new Bombardier CSeries aircraft at three major air shows over the last seven months. airBaltic has displayed one of its Bombardier CS300s at the Paris Airshow, Dubai Airshow and most recently earlier this month at the Singapore Airshow. The airline's CEO Martin Gauss and crews of the airline have flown with the aircraft, essentially becoming a Bombardier sales executive as well as promoting the Latvian airline's brand position.

airBaltic became the global launch operator of CS300 in late 2016. “More than a year in service and everyone is satisfied,” Mr Gauss said in an interview with CAPA - Centre for Aviation's CAPA TV channel at the Singapore Airshow earlier this month. “It’s a big a success story … as a launch operator a new aircraft is always a difficult journey and now more than a year into it we really enjoy.”

airBaltic just took delivery of its eighth CS300 and plans to take six more aircraft by the end of 2018. The last six from its initial 20 aircraft commitment is slated to be delivered in 2019. Mr Gauss told CAPA TV the airline plans to order several more CSeries aircraft to replace its Dash 8 turboprop fleet, which will be returned as their leases expire in 2022 and 2023.

airBaltic expects to eventually operate an all-CSeries fleet. Its fleet of 737 Classics will be phased out over the next couple of years although Mr Gauss would not commit to a specific date.

He pointed out that airBaltic owns most of its 737s, giving the airilne a lot of flexibility with its fleet. The airline so far has mainly used the CS300 to pursue expansion rather than replace 737s, driving 22% passenger growth in 2017. “We have a very good environment at the moment in Europe for airlines in general,” Mr Gauss said. “We have a good exchange rate to the dollar which is helping us. We had a record year last year.”

However, eventually phasing out the 737s becomes a no-brainer as airBaltic has discovered the CS300 burns 22% less fuel if flown side by side with its 737s on the same route. “The Boeings will stay until we have sufficient CSeries in operation and then we will phase out the Boeings,” Mr Gauss said.

The CS300 also has better range, enabling airBaltic to fly further. Riga-Abu Dhabi was launched in Oct-2017, becoming the airline’s longest route at about six hours. Riga to Almaty in Kazakhstan will be launched in Apr-2018, becoming the airline’s second longest route. “The aircraft is enabling airBaltic to go well beyond what we did so far,” Mr Gauss said.

However, Mr Gauss pointed out that geography is a limiting factor when it comes to more medium haul routes rather than the aircraft. airBaltic is launching Lisbon in late Mar-2018 but cannot go further to the west without crossing the Atlantic, which is not a possibility. To the east, airBaltic could reach western India with the CS300 but not quite reach any of the Indian metros.

The trip to the Singapore Airshow earlier this month started with a six-hour revenue flight from Riga to Abu Dhabi and was followed by a seven-hour leg without any revenue passengers from Abu Dhabi to Singapore. The return journey included a stop in Manila, where Bombardier demonstrated the aircraft to potential customers, followed by Bangkok and Abu Dhabi.

Mr Gauss said airBaltic was “very excited” when Bombardier asked the airline to fly one of its CS300s to Asia. “You can imagine the crew. In Riga, we have minus 12 degrees. We came here it was 33 degrees,” he said. “It is a win-win for everyone and it’s also a lot of fun.”

airBaltic is one of only three current operators of the CSeries alongside Swiss Global Air Lines and Korean Air. According to the CAPA Fleet Database there are currently 25 of the type now in commercial service, including a mix of the CS100 and CS300 variants. A further 378 aircraft are on order, including a further 12 customers and major commitments from Air Canada, Delta Air Lines and Republic Airlines in North America.