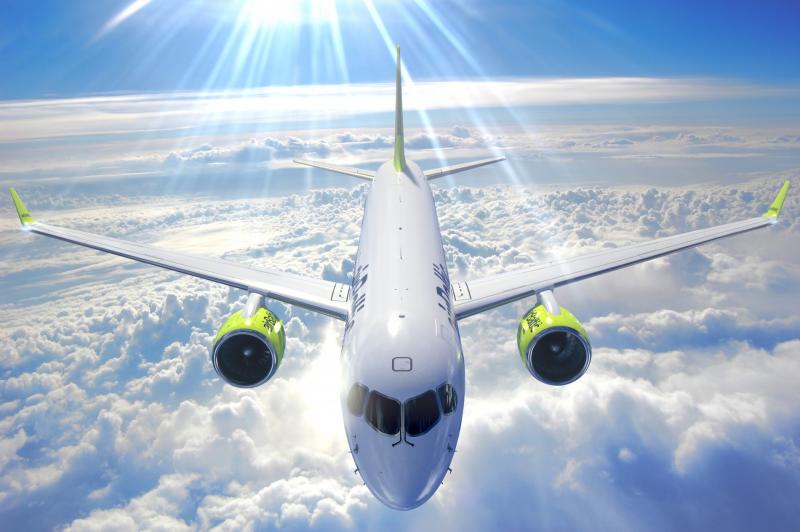 Latvian national carrier airBaltic has entered into an agreement with Bombardier Commercial Aircraft to add up to 60 additional CS300 CSeries aircraft to its fleet to support its new Destination 2025 business strategy. The agreement, which includes a firm commitment for 30 aircraft and options for 30 more, complements its existing order of 20 CS300 and will support its journey to become an exclusive CSeries operator during the next decade.

airBaltic already operates eight CS300s and will receive a further 12 by the end of next year. These additional aircraft will start to arrive from the final quarter of 2019 and will be used to significantly expand the airline’s operation - not just within Latvia, but across the neighbouring nations of Estonia and Vilnius.

The current Horizon 2021 business plan has delivered the initial framework for airBaltic to expand across the region and CEO Martin Gauss confirmed to The Blue Swan Daily at this month’s CAPA – Centre for Aviation Airline Leader Summit in Dublin, Republic of Ireland that the carrier saw plenty of opportunities to grow across the Baltic region, a key component of its new Destination 2025 strategy.

airBaltic already has a presence in Tallinn and Vilnius and will likely look to replicate its successful model from Riga from these cities. Its network from the Baltic region now stretches to 70 routes and boosted this summer by eight new destinations from Riga to Malaga, Lisbon, Split, Bordeaux, Gdansk, Almaty as well as Sochi and Kaliningrad. In addition, it also launched a new direct route connecting Tallinn and London.

The airline has become the posterchild for the CSeries programme having become the launch customer for the larger CS300 variant in late 2016. Since then it has flown and displayed its aircraft at airshows in Paris, Dubai and Singapore, effectively becoming a marketing function for the aircraft, but at the same time expanding its own brand awareness.

“As an early adopter of the C Series, we took a forward-looking decision on advanced technology to support our turnaround plan leading to sustainable profitability, and today we are benefiting from the most fuel-efficient small single-aircraft,” says Mr Gauss.

The journey to an exclusive CSeries operator will see airBaltic replace its remaining Boeing 737 Classics and Bombardier Dash 8-Q400 turboprop fleet in the first half of the 2020s, with the latter due to be returned as their leases expire in 2022 and 2023, or perhaps even earlier with Mr Gauss suggesting the retirement of these aircraft could be completed “in the next three years”.

airBaltic has presently used its CS300s for network expansion, but they will in time help initiate the fleet renewal, something that will certainly be expediated if fuel costs continue to rise. The airline owns most of its 737s, giving it a lot of flexibility with its retirement schedule. However, with the CS300 burning more than a fifth (22%) less fuel on comparable services it is decision that will likely come earlier than later. “It’s a natural fuel hedge,” explains Mr Gauss on the aircraft. “Better to be having a brand new aircraft burning less fuel than having older versions,” he adds, describing the type as “the most suitable aircraft for the markets in which we operate”.

2017 was the most successful year in the history of airBaltic during which the company achieved exceptional operational and financial results, and Mr Gauss notes that 2018 has also started strongly. “We had a very successful 2017. We thought that would be the record, but now we are starting this year with even a better year. The first four months [of 2018] were very good,” he says.

You can learn more about airBaltic’s development, including its ongoing search for a new investor, in the following CAPA TV interview with Mr Gauss from the CAPA Airline Leader Summit. This interview took place just before confirmation of the additional CSeries order so he remains tight-lipped on the subject, although confirmed off camera that announcement would follow before the end of the month.