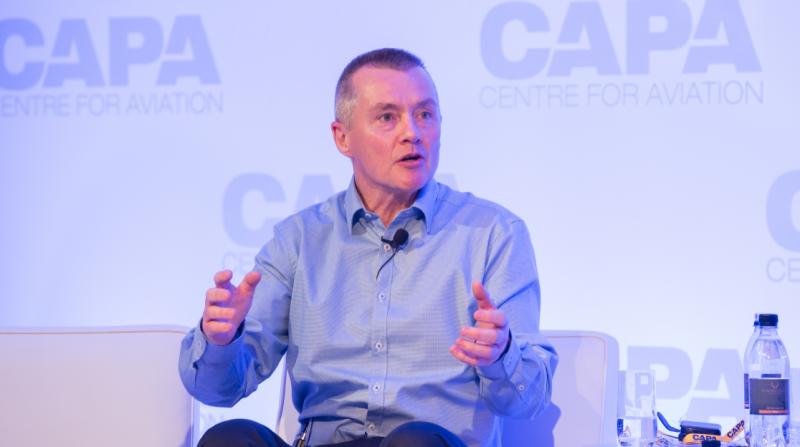 The IAG European airline group believes it is in a strong enough position to start delivering personalised flight and fare offers to its customers thanks to the wealth of data it has collected on over 50 million individual people that flew with its owned airlines last year.

Speaking at the CAPA Airline Leader Summit in Dublin, Republic of Ireland this week, IAG chief executive officer Willie Walsh confirms that the data pool covers more than half of the 100 million plus people that flew with British Airways, Iberia, Aer Lingus and Vueling in 2016, but that IAG continues to tread very carefully about how it approaches this personalisation strategy.

“We have sufficient data on 53 million people to personalise an approach to them,” he says. This strategy already contributes about €170 million to the IAG business. “It is less than 1% of passenger revenue, but within two years it could be 40% of passenger revenue,” adds Mr Walsh. “It is all about collect it, connect it and then make money from it”.

The IAG boss acknowledges that the company “hasn’t fully exploited [the data insights] yet, but we will,” and warns that data “needs to be handled carefully”, saying “there is a lot you can get wrong.” He highlights that concerns the approach “doesn’t turn off the customer” is “probably holding the process up at the moment” as “there are a lot of things you can get wrong”.

Overall, he believes a data-rich strategy will “contribute to a better customer experience, to improved cost control and improve revenue and therefore profitability.”

“We’ve collected data for years, but we didn’t know what to do with it. We’re at an early stage now, but it is critical for us. We’re on the cusp of exploiting the data more explicitly. But we need to tread carefully and be sure to get it right,” says Mr Walsh.

He believes that airline usage of data can be summed up as “the difference between knowledge and wisdom”. “We’ve had it for 40 years, but still perhaps don’t know how to fully exploit it to make us wiser,” he explains.

Despite IAG and Mr Walsh’s obvious concerns about getting things right he acknowledges that as an industry we need to “start making data better work for us and stop being fearful of making mistakes”. He highlights that there is a lot we can’t do or simply don’t understand and we can therefore learn from others. “I’ve never had a problem in my organisation to try things and failing,” he adds.

He also notes that as an industry we should not be concerned about using big data and getting wrapped up in concerns that it could ultimately take away jobs. “It is about the best use of resources,” he says, questioning the idea “that we could have people flicking through pages and pages of material or an extensive spreadsheet for hours when a computer can deliver the answer more effectively”. This is particularly relevant for specific roles, such as fighting onboard credit card fraud, for example, he says where “machines are much better than humans to identify this”.