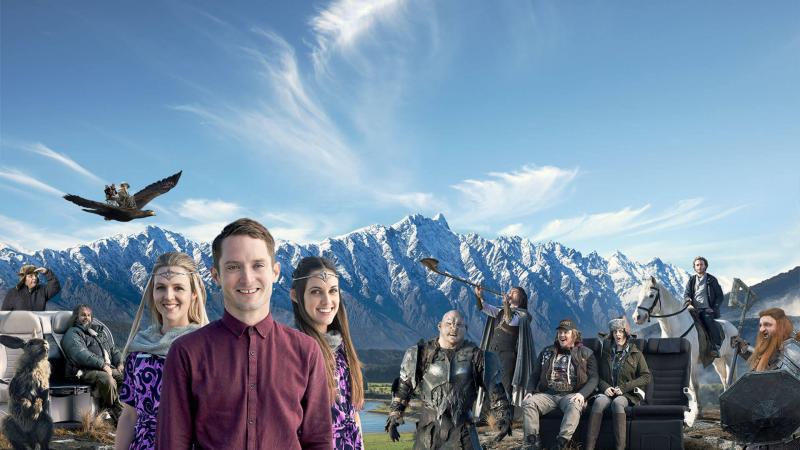 Airline safety videos used to be boring. Very boring. Wooden flight attendants pointing out how to fasten a seatbelt or explaining where the emergency exits are may have ticked all the regulation boxes, but they left most travellers reading their newspapers.

Qantas last week launched its latest safety video which panoramically showcases Australia’s natural beauty and cultural diversity. It’s more like an expensive piece of marketing than a video about safety.

Across the Tasman, Air New Zealand has been a pioneer in making the humble safety video an entertaining high budget epic production of motion picture quality, generating massive interest on youtube.

A lot of airlines have jumped on the bandwagon, but not all have quite made it. Some things they do have in common. For example, each video’s theme is usually linked to that airline’s brand – and often to national tourism.

In the case of Qantas, the brand is heavily focused on its role as Australia’s national flag carrier connecting Australia with the world: from New York to LA and ‘old London town, as the song goes.

The new video presents images that are quintessentially Australian: a winery in the Barossa, a caravan park in Cape Hillsborough, a chic fashion parade in Melbourne and a window cleaner on the side of a skyscraper in the Gold Coast. It harks back to the days of ‘I still call Australia Home’, probably jerking a few nostalgic tears from passengers waiting for their A380 to take-off.

Qantas CEO Alan Joyce knows the value of connecting with his customers, admitting the aim was to make the safety video “engaging as well as informative”.

“We know the combination of beautiful landscapes and laid back Aussie charm really cuts through. It’s also why this video doubles as a perfect tourism ad”.

Air New Zealand has been doing this for years. Enhanced by a quirky Kiwi sense of humour, New Zealand’s flag carrier has made its safety videos a youtube sensation. Viewers exceed 100 million. That’s a figure - over 20 times the New Zealand population - who may never have seen an Air New Zealand plane but have seen the Kiwi airline’s latest video. That’s priceless publicity that reaches far beyond where the old fashioned paid ads can ever go.

“One of our goals at Air New Zealand is to inspire visitors to travel beyond the traditional gateways to discover the warm welcome and breathtaking landscapes on offer in our regional destinations.

“Our safety videos have an impressive global following, collectively attracting more than 100 million views and gaining significant international media exposure. This latest edition is a great opportunity to not only deliver a safety message, but also to showcase the very best of the North to help drive economic benefit for the region.”

Across in Europe, Air France’s safety video launched in 2015, applied the popular image of France, making flying look trés chic. With a focus on elegance and fashion, the video features a choreographed series of five beautifully dressed woman, led by an Air France flight attendant, demonstrating why a seat belt "will elegantly highlight your waistline" and explaining why “a no smoking flight is simply chic”. With a few winks here and there, the video is fun and captures France’s tradition of simple elegance without going overboard. Since 17-Mar-2015 the video has had nearly 1.5 million views on Air France’s youtube channel.

With those kinds of statistics, it’s easy to see why airlines are investing big dollars into productions of Hollywood proportions. The humble safety video isn’t just about safety any more. Now it’s all about publicity and entertainment. Still, whatever keeps a passenger’s eyes glued to the screen has got to be good for safety too. And national tourism.