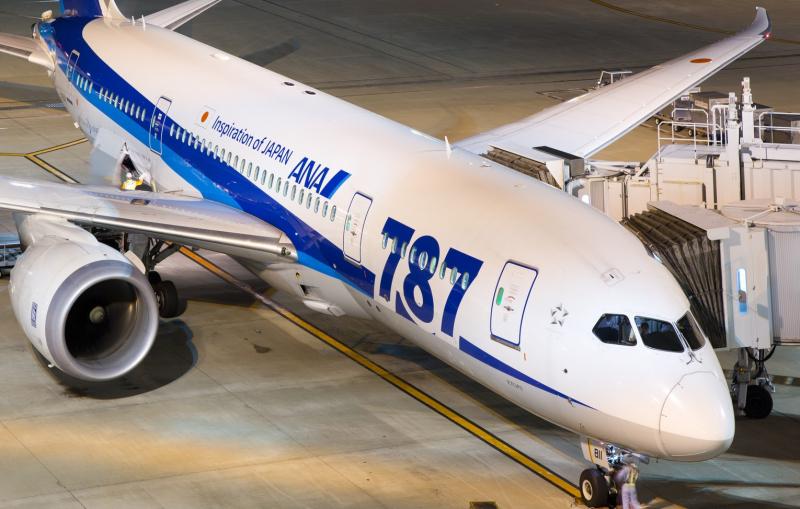 All Nippon Airways (ANA) is adding capacity to its two most popular Southeast Asian destinations, Bangkok and Singapore, as it introduces Boeing 787-10s, the largest variant of the Dreamliner family.

ANA will become the second operator of all three 787 variants after US major United Airlines. ANA currently has a fleet of 36 787-8s and 30 787-9s (including aircraft temporarily grounded due to engine issues), according to the CAPA Fleet Database. It has so far committed to only three 787-10s, the first two of which will be delivered in 1H2019.

ANA is configuring its 787-10 with 294 seats, featuring 38 lie flat business class seats, 21 premium economy seats and 235 economy seats. Therefore, ANA will be adding 89 one-way economy class seats to Singapore per day based on the 215-seat 787-9 while reducing business class capacity slightly and maintaining premium economy. Total economy class capacity to Singapore will increase by around 15%.

The airline currently has two daily flights from Narita to Bangkok and three daily flights from Haneda to Bangkok. The flight earmarked for the 787-10, NH805/806 is currently operated with 240-seat two class 787-8s but will be operated from late Mar-2019 with 245-seat three class 787-9s. ANA now uses 787-9s on its other Narita-Bangkok flight and all three of its Haneda-Bangkok flights but will substitute a 787-8 on one of the Haneda flights from late March as the 787-9 replaces a 787-8 on the Narita flight.

The switch to the 787-10 therefore results in a smaller increase in economy capacity (and overall capacity) for Bangkok than Singapore. For the overall Bangkok-Tokyo market, there will be an economy capacity increase of approximately 5%.

At the beginning of this decade, its only destinations in Southeast Asia were Bangkok, Singapore and Ho Chi Minh. It has added significant capacity to these three destinations while launching Hanoi, Jakarta, Kuala Lumpur, Manila, Phnom Penh and Yangon. ANA currently has 158 weekly flights to Southeast Asia compared to only 63 seven years ago (in Feb-2012).

Southeast Asia also has become a strategic market for ANA with minority investments in Vietnam Airlines and Philippine Airlines. ANA Holdings completed the purchase of an 8.6% stake in the Vietnam Airlines in 2016 and recently announced plans to purchase a 9.5% stake in PAL Holdings.