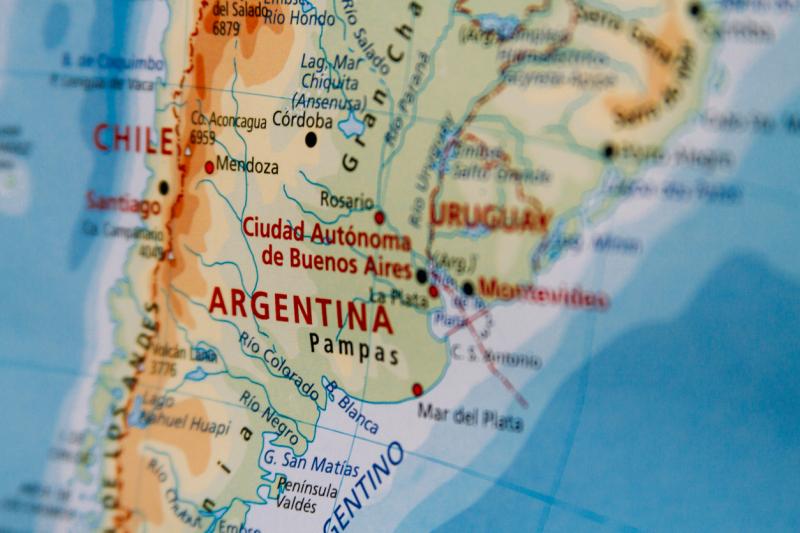 While other Latin American airlines continue to struggle to gain access into Argentina, the government seems to be firmly backing the plans of Norwegian to establish its own low-fare operation in the country. Maybe Argentina is waking up to the progress being made at neighbours across South America or perhaps it feels it can better manage its own development with a major partner from outside the region. Whatever the case, Argentina’s skies are preparing for a revolution.

The decision by the Argentine National Civil Aviation Administration (ANAC) last week to grant concessions to Norwegian Air Argentina to operate 153 routes within and from Argentina is a major step forward in the low-fare airline’s plan to expand its model into Latin America and build a considerable operation across the country supported by both domestic and international flights. Interestingly, ANAC only rejected Norwegian’s plans to serve three routes in an initial application that covered 156 planned links.

The carrier has already confirmed flights into Buenos Aires from London Gatwick starting from 14-Feb-2018, but now has rights for extensive domestic networks from Buenos Aires and Cordoba and smaller operations from Mendoza, Rosario and Salta. Its international plans, which cover Latin America, North America, Europe, Africa and as far afield as Asia and Oceania, will focus mainly on the capital but also includes a network across Latin America, the Caribbean, Europe and the USA from Cordoba and flights within the Americas from Mendoza and Rosario (CAPA members can view the full list: Norwegian Air Argentina requests authorisation from Argentina ANAC to operate routes).

The start-up aims to take flight before the end of this year and has already signed lease agreements for two Boeing 737-800 with plans to grow to a fleet of ten aircraft by the end of 2018 and 30 by 2021. ANAC has already awarded rights to fly across a network of 85 routes, including 43 in Argentina and 42 into foreign markets with a main focus at Cradoba’s Ingeniero Ambrosio Taravella International Airport with proposals to also establish a domestic base at the El Palomar military airport in Buenos Aires.

“At one point, Avianca Argentina aimed to launch operations in Mar-2017, but its launch was delayed at least a couple of times even as the country’s government promises a more liberalised operating environment, explains CAPA – Centre for Aviation’s senior analyst in the Americas, Lori Ranson.

Although Norwegian is making clear progress in establishing a presence in Argentina, she warns that its ambitions to begin selling tickets by year-end 2017 “seem lofty” especially given Avianca Argentina’s “fits and starts” in working to establish a new airline in a market long dominated by state owned Aerolineas Argentinas.

CHART - While visitor arrivals into Argentina have fluctuated, the country's air network has grown 47.7% in size over the past five years

Having protected the state owned asset for many years, the backing of Norwegian Air Argentina and flybondi ahead of other Latin American interests would suggest Argentina doesn’t feel there is sufficient innovation and expertise in the country or region to open the market. They will certainly be allowing the two LCCs access under their own terms, accepting a need for evolution, while not directly benefitting foreign rivals.

In an interview with The Blue Swan Daily at the recent CAPA-ACTE Global Summit in London, Bjørn Kjos, chief executive officer of Norwegian described Argentina as a "fantastic" country, where fares are "way too high" to attract tourism. In our video interview he said the destination was “incredibly interesting” for tourism and was “a hidden jewel” in aviation terms. "It's obviously underserved, high fares, and very underserved market,” he added.

You can watch the full CAPA TV interview and the comments from Mr Kjos on Argentina. He also highlights that Russian overflight approvals are restricting the airline’s growth in Asia but Eastern markets remain “incredibly interesting”; how its new generation narrowbodies are opening new long haul city pairs; balancing short and long haul growth and building third party partnerships such as with easyJet at London Gatwick; and responds to the claims from Ryanair boss Michael O’Leary that Norwegian may not last the winter.