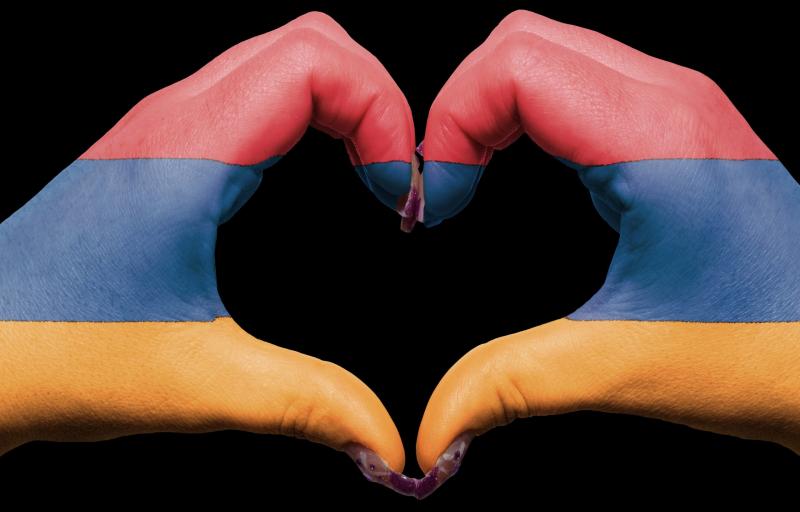 Armenia’s Civil Aviation Committee confirmed recently that Ryanair plans to launch direct services between Europe and Armenia and that the Irish airline has said that it will do so in 2020. The CAC is “negotiating” from that standpoint. CAC’s chair Tatevik Revazian added that airfares “would not exceed EUR500,” which is an interesting observation; does she mean one-way or return? EUR500 seems to be a heavy price to pay for a ticket on a ‘low-cost’ carrier, even if at the maximum of the range, whatever the destination. But then Armenia is somewhat isolated, sandwiched between Turkey, Georgia, Azerbaijan and Iran.

The country has a cultural heritage going back to 860 BC, falling under various dynasties and then two empires (Ottoman and Iranian) over three centuries, then the Russian Empire and ultimately the Soviet Union, from which it gained independence in 1991. Modern day Armenia is a country of around three million people, with the capital, Yerevan having a 1.5 million metropolitan population.

The economy relies heavily on investment and support from Armenians abroad, so there is an established diaspora. Before independence, Armenia's economy was largely industry-based and highly dependent on outside resources. The republic developed a modern industrial sector, supplying manufactured goods to sister republics in exchange for raw materials and energy. Recently though , the Intel Corporation agreed to open a research centre in Armenia, in addition to other technology companies, signalling the growth of this sector there.

Armenia joined the World Trade Organization in 2003 but is not an applicant to the European Union though it retains good relations and since 2013 EU citizens do not need a visa to enter Armenia. Negotiations for Armenia to join the European Common Aviation Area began in 2017 but have not yet been concluded (and which is a requirement for the Ryanair services). It is a member of the Russia-led Eurasian Economic Union, since Jan-2015. Armenia is particularly dependent on Russian commercial and governmental support, as most key Armenian infrastructure is Russian-owned and/or managed.

Armenia still needs to pursue additional economic reforms in order to raise its economic growth and improve economic competitiveness and employment opportunities, especially given its economic isolation from Turkey and Azerbaijan. Turkey closed the common border with Armenia in 1993 in support of Azerbaijan in its conflict with Armenia over control of Nagorno-Karabakh and surrounding areas, further hampering Armenian economic growth.

Having established the economic base the question must be which ‘low-cost’ routes would be economically viable? The likelihood of establishing them for business and trade reasons is slim, especially with its geographic isolation and the disputes involving Turkey and Azerbaijan continuing.

There is a tourist industry and it is both a cultural/historical one (Yerevan) and an extreme sports one, in the mountains that make up 90% of the country’s topography. Not only that, it is increasing rapidly, with 18.7% growth in tourist numbers in 2017 and 10.5% in 2018 to 1.65 million.

But the main driver of travel, at least initially, is likely to be the diaspora. Less than one third of Armenians live in the country and the total worldwide is estimated to be 11 million. While many are in Nagorno-Karabakh and the Javakhk region of Georgia, approximately seven million reside in Russia, the United States, France, Argentina, Lebanon, Syria, Iran, Turkey, Canada, Ukraine, Greece, and Australia.

Ryanair operates in only three of those countries, France, Greece and Turkey, in the last case only since summer 2018 and only to Dalaman. It would not be unreasonable therefore to anticipate early routes from and to Paris, Marseille, Athens and Thessaloniki airports, where inward (and outward) tourism could support ‘friends and relatives’ travel. (Ryanair also has designs ultimately to fly to and from Russia).

In fact, the concept of low-cost is gaining greater favour in Armenia, as the chart below shows. From just 1.3% of capacity in 2009 it rose to 12.8% in 2018 and four percentage points of that came between 2017 and 2018. So Ryanair is taking the plunge at the right time. Vueling had previously provided LCC links into Yerevan from Barcelona between 2014 and 2016.