As four of Ireland’s small airports receive government financial support, it is crystal clear that the deal could save Waterford from extinction 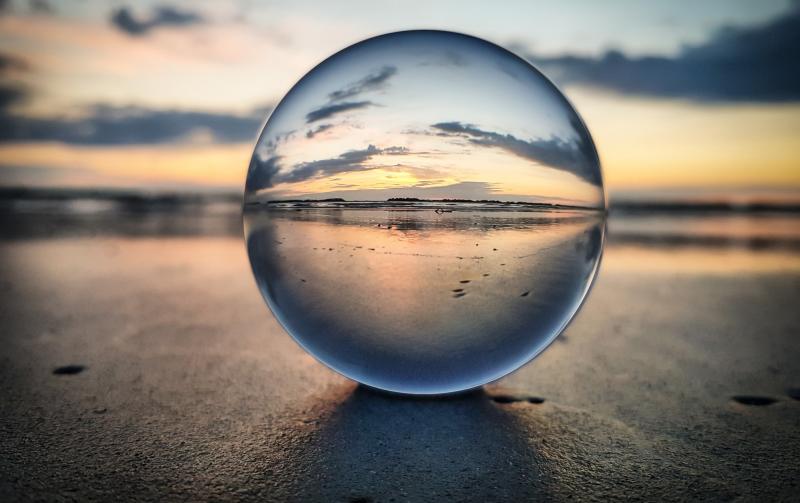 For a country with a population of less than five million Ireland is full of airports despite some commercial service closures in the last decade, such as at Sligo. Ten of them have IATA and ICAO codes. Mathematically that means they each serve a 500,000–person catchment area but in reality Dublin dominates, and not only the Republic of Ireland but into Northern Ireland too. Greater Dublin has one third of the entire population of the Republic of Ireland and Dublin airport’s 31.5 million passenger total in 2018 was 13 times greater than second-placed Cork airport.

With improved surface transport Dublin is more easily accessible now than it ever has been from throughout the island and there have been voices raised in the past in support of closing down regional airports and focusing wholly on Dublin. But, that would mean the potential loss of industry and commerce throughout the island.

The area around Shannon airport in the west for example has benefitted from an influx of modern hi-tech industries. More importantly for the smallest airports tourist visitors could also be lost. There is already an over-concentration on Dublin and without regional airports accessible by direct flights most leisure visitors could head to Dublin and remain there (as is often the case in the UK, in London). And then there is the loss of, or reduction in, Visiting Friends and Relatives (VFR) traffic, which makes up a sizeable proportion of Irish air passengers. 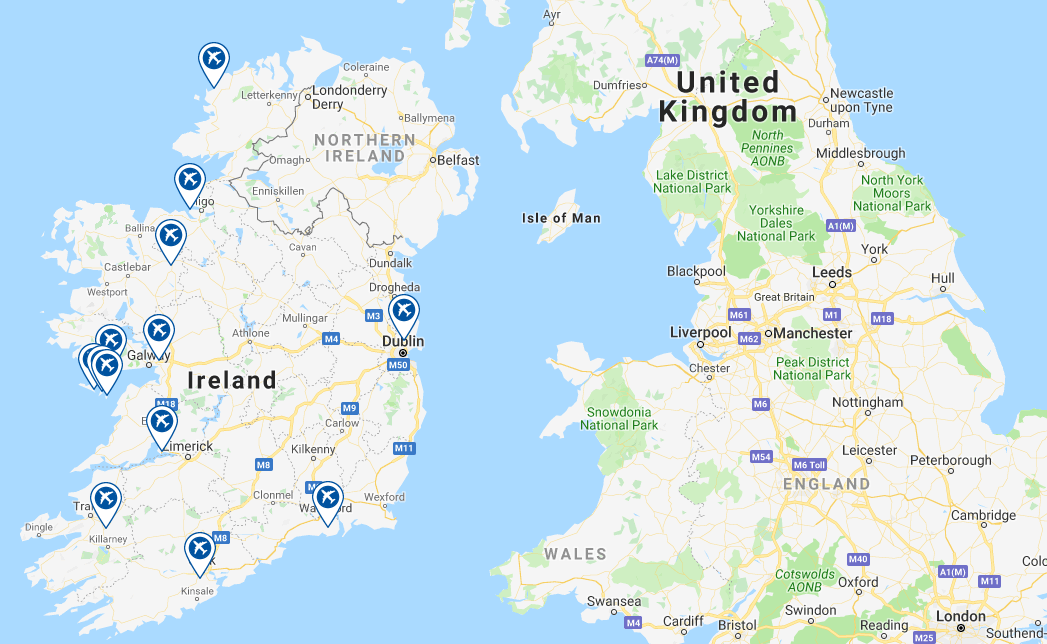 At Waterford, a city best-known for its crystal, the local council and business interests have fought a long battle to secure the future of its airport. Situated 180km (110 miles) south of Dublin it hasn’t seen a commercial flight since Jun-2016 when Belgian carrier VLM Airlines folded. In that year there were just 13,500 passengers.

Local supporters have always considered that there is sufficient commercial and leisure attraction in the locality, together with VFR traffic, to justify a select number of routes, mainly to and from the UK. The problem has mainly been its short runway of 1,430 metres, which restricts operations. The other problem is that government could have withdrawn support altogether and recommended its closure.

Judging from comments made by the City’s chief executive, tourism is at the forefront of the survival plan. In Oct-2018, he said an extended runway would provide "direct access for international visitors", which would "bring greater economic spend and benefit" to the region and "be a significant help in what is a growth story in tourism."

Waterford appears to have won the first battle, if not yet the war. The Irish Minister for Transport said on 11-Jun-2019 that the Government will allocate EUR5 million of exchequer funding to the airport, to assist with plans to extend its runway from 1433m to 2280m, thus enabling it to accommodate larger aircraft.

He added the remaining cost of the project will be covered by private investor and local authority interests that have committed to funding for an equity shareholding in the airport. News reports suggest this amounts to EUR7 million. The funding will be subject to the runway being confirmed ready by the Irish Aviation Authority, as well as the airport's completion of upgrade works.

Assuming those confirmations and completions are made, the next job is to identify routes that are likely to bear fruit in the short-term (London [ideally Luton], Manchester and Birmingham are the first to come to mind as those cities are where the bulk of the Irish diaspora in the UK are located and which have been successful previously) and to focus laser-like on them. After that, to identify potential business and leisure routes (preferably both together) in mainland Europe. There have previously been charters to places such as Malaga, Faro and Bordeaux.

Then there is the question of whether or not to attempt to attract Ryanair, which did operate at Waterford, but a long time ago – in 1985 - when it was a different kind of airline altogether and when the airport terminal was a portable cabin. Having Ryanair onboard a fledgling new commercial airport offers both advantages and disadvantages.

Separately, the Transport Minister has allocated funding to three other airports under its regional airports programme. Ireland West Knock (the site of a significant religious shrine and a privately developed airport which is the country’s fourth busiest) will receive EUR5.7 million, Kerry airport will receive EUR2.2 million and Donegal airport EUR884,912. The funding will go towards investment in safety and security and will be distributed under two schemes, one to fund running costs and the other to cover capital spending.