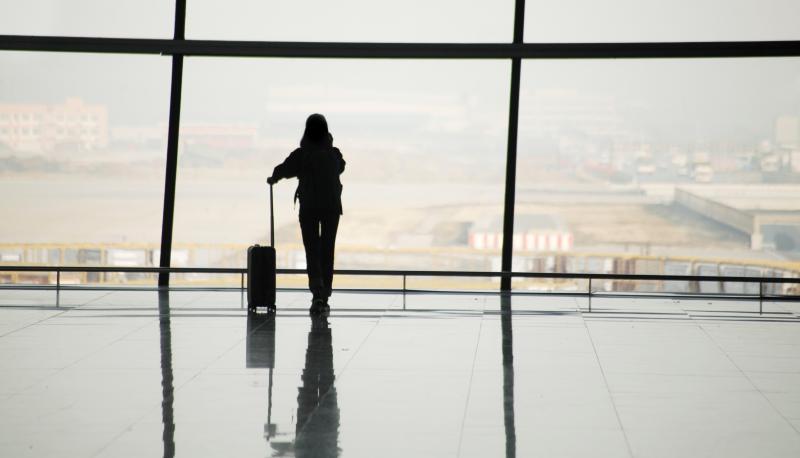 Asia Pacific international travel and tourism remains in the doldrums.

While the region had initial been expected to be one of the fastest to recover during 2021, the combination of disparate national responses to COVID-19, long border closures and other restrictions, and the imposition of burdensome travel requirements, have meant that international tourism in the Asia Pacific has remained at a near standstill.

The region’s three largest outbound travel markets – China, Japan and South Korea – have been among the slowest major markets to recover.

At the same time, some key inbound tourism markets continue to suffer from reduced travel from their historical source markets in Europe, North America and Oceania. Thanks to heightened concerns around health risks and travel disruptions, travellers in these markets are opting for travel closer to home. 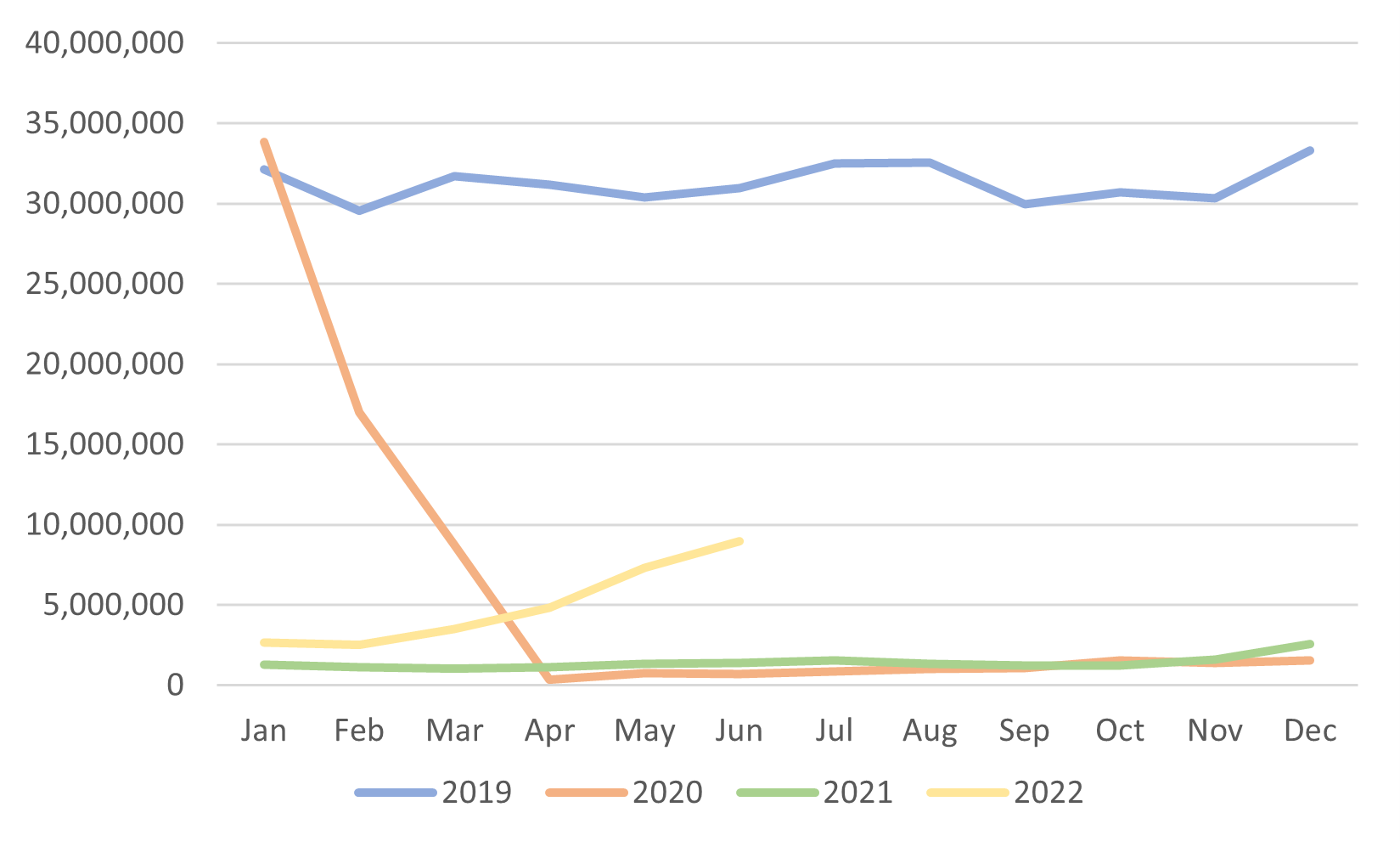 The Pacific Asia Travel Association forecasts that international visitor arrival numbers in the region for 2022 will only return to around 25% to 48% of pre-pandemic levels, under its ‘medium’ scenario. Even with the more generous ‘mild’ scenario, full recovery isn’t projected until 2024.

Yet, even though the news is grim, there are glimmers of promise for Asia Pacific tourism.

Border closures and most travel restrictions have been eased progressively through 2022, and most governments have moved on from strategies of containment to living with the coronavirus now that it is endemic.

International capacity to/from the Asia Pacific – while still heavily down on pre-pandemic levels – has nearly doubled over the first eight months of 2022. Traffic is also bouncing back: the region’s airlines handled 9 million international passengers in Jun-2022 – more than in the first three months of the year combined.

Waiting for China to reopen

Despite the good news, there is an obviously China-shaped hole in the Asia Pacific travel and tourism market.

In 2019 Chinese travellers spent more than USD255 billion across around 154 million international trips, better than half of which were within the Asia Pacific region. China there were also 145 million inbound trips in 2019 – again, largely from Asia Pacific destinations.

However, China’s zero-tolerance approach to COVID-19 has stalled any chance for recovery for the world’s most valuable outbound international travel market. 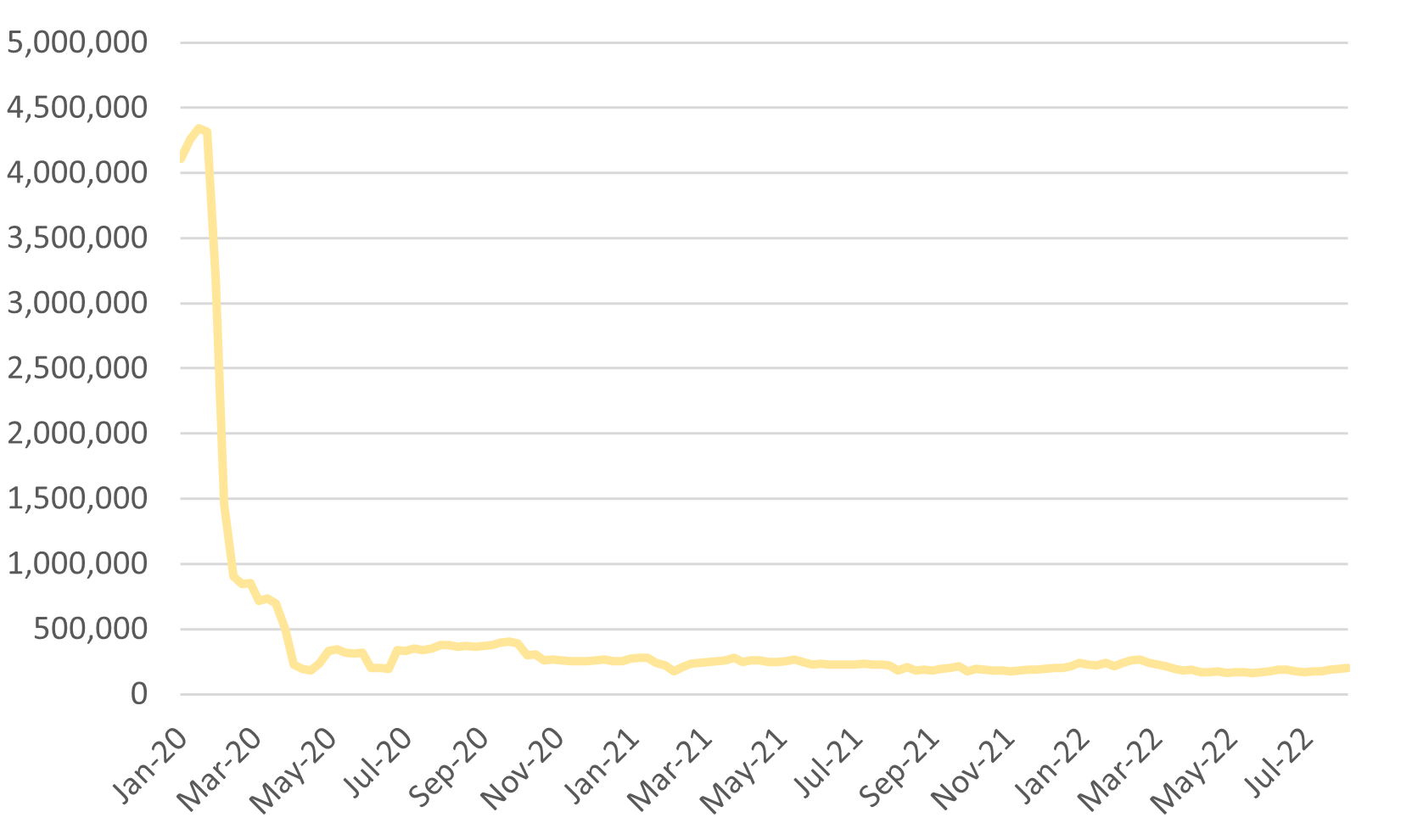 Thankfully, there are building indications that China is shifting its COVID-19 stance, and its near-moratorium on international travel may be finally be coming to an end.

This was followed in Jul-2022 by the Chinese aviation authority announcing its intent to expand international access to/from China over 2H2022.

Travel restrictions for both Chinese nationals and foreign visitors are also being eased, although even with the relaxations, China remains one of the most closed of destinations globally.

Since Jun-2022 the country has eliminated its requirement for an antigen test 12 hours before departure and halved quarantine times: travellers coming into the country only need to isolate for seven days, with an additional three-day medical monitoring period.

The country’s international flight suspension mechanism – forcing airlines that fly in passengers with COVID-19 to halt their mainland services for set periods – has also been eased, although it remains a major disincentive for airlines.

In early Aug-2022 the length of the penalty periods was halved to one or two weeks, depending on the number of positive tests. In addition, the number of confirmed cases allowed on any flight before a suspension is imposed has been increased.

As the region reopens to international travel it is clear that the pandemic has changed the way tourism will be consumed in the Asia Pacific. With concerns lingering around health and safety, consumers are showing a new preference for individual and small group travel, along with greater demand for privacy and a preference for ‘green’ rural/coastal/wilderness travel over urban destinations.

There is also a heightened awareness of ‘wellness’ and sustainability. Travellers are increasingly seeking out activities to improve physical and mental health, as well as opting for more environmentally friendly modes of travel and accommodation, in order to minimise negative environmental impacts.

Asia Pacific tourists have become more technologically savvy over the pandemic period, embracing technology and digital services to give them greater control and flexibility when planning, booking and travelling.

Instead of relying on traditional travel agents and tourism operators, regional tourist are increasingly using digital tools to get maximum value for their travel purchases and manage their own travel.