Auckland Airport’s light rail plan is critical to facilitate tourism growth but when will it be delivered? 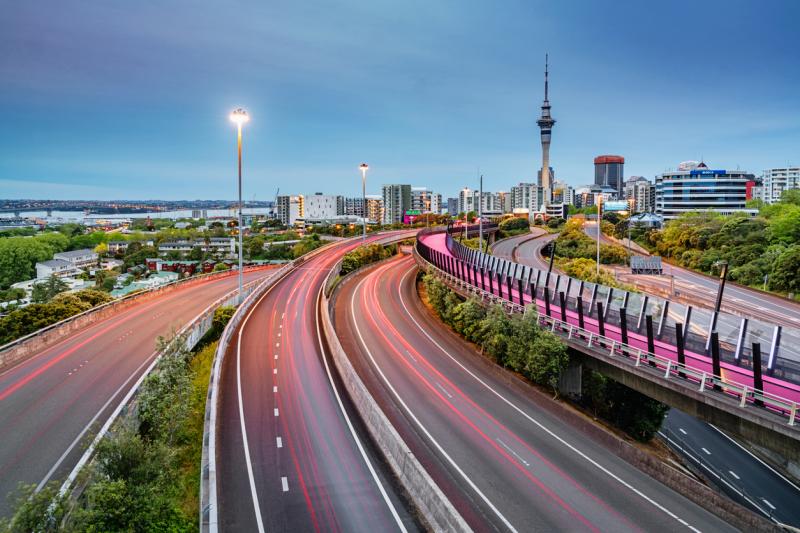 A debate is gathering pace around the world as to whether airports should support the construction of air-rail links, connecting a city’s downtown or Central Business District (CBD) and possibly some of the main suburbs, to the airport. The benefits for the traveller, for the population of the city and for the environment are clear but it is a debate because by having such a rail link, important car parking revenues and ride-sharing activities can be reduced.

One of the cities grappling with this conundrum is Auckland, whose airport’s corporate responsibility statement embraces the following:

While many Australasian airports have rail links already (see table) Auckland International has been handicapped by the fact that there is no rail line in the immediate vicinity (the nearest station is around 8km/5 miles away) and no attempt has been made to build a spur line. Neither is there a substantial metro system as there often is in other cities of a similar size. Auckland is dominated by the car, then by the bus.

But the presence of the car creates pollution and congestion. The two main highways leading to the airport, and the suburbs around them, are frequently clogged up with vehicles and travel times are slow. A ‘taskforce’ was formed in Dec-2016 and numerous road improvement projects have commenced to alleviate delays. At the same time a number of proposals have been made to put a heavy or light rail service into the airport.

One suggestion is to build a spur line from Puhinui (the nearest station) to the airport or to create a loop that connects the airport to both the North Island Main Trunk Line and the Onehunga Line, which runs across the Manukau Harbour to the southwest of downtown.

With renewed vigour, Auckland’s Mayor-elect vowed in Nov-2016 to “address” the lack of public transportation between the airport and the city centre during his term. This was largely because the city’s tourist numbers are rising towards five million per annum, and having an effective public transport network will be critical to facilitate the tourist growth. Tourists’ opinions are often influenced by first impressions.

As a result the Transport Minister has come under pressure to support a potential light rail network directly from the airport to Akoronga on the North Shore (not shown on map), via downtown. But a line to downtown alone would require an investment of NZD1.45 billion (USD1 billion) to the central area, while a link to Akoronga would require a further investment of NZD1.1 billion (USD767 million). Accordingly the Government is also considering an advanced bus rapid transit option instead.

In Mar-2017 the Transport Minister announced that a mass transit corridor will be developed “with urgency” between the airport and the CBD to protect the route for future developments. New Zealand Transport Agency and Auckland Transport will cooperate to establish this transportation plan that will progress in stages from bus services to light rail transit. The transition is likely to happen in the “medium to long term” (it could take 30 years, which wouldn’t be much use to tourists right now) and will be “based on future demand and capacity.”

Because the city is spread out over a wide area, the intervention of several bays in the topography and a relatively small demand for travel to the downtown area, bus services, running along dedicated lanes, might prove to be a better, more rapid and certainly less expensive, option. In any case, several cities with a similar layout to Auckland, such as Los Angeles and Dallas in the US, have found that there is little evidence to be offered in support of a light rail service that connects the airport and downtown at the expense of the far flung suburbs, unless there is a downtown interchange with a comprehensive metro rail network.

Whatever decision is made on transition, new revenue streams will be needed to fund the project. Cost is one of the primary reasons it has been delayed so long already though the halving of the heavy rail cost estimate in favour of light rail should help. A public-private partnership might provide the answer but the ‘private’ investor needs to see the prospect of a return; he is not in it for altruistic reasons.

Moreover, there are practical matters to consider. According to the CAPA Global Airport Construction Database, Auckland Airport is engaged in terminal enhancements as part of its 30-year master plan and needs to know if it is expected to provide a bus station or, as it included in that plan, a rail station. Or both.

CAPA will shortly publish a major management report on global air-rail links, bookmark https://centreforaviation.com/reports/ for further information as it is announced.