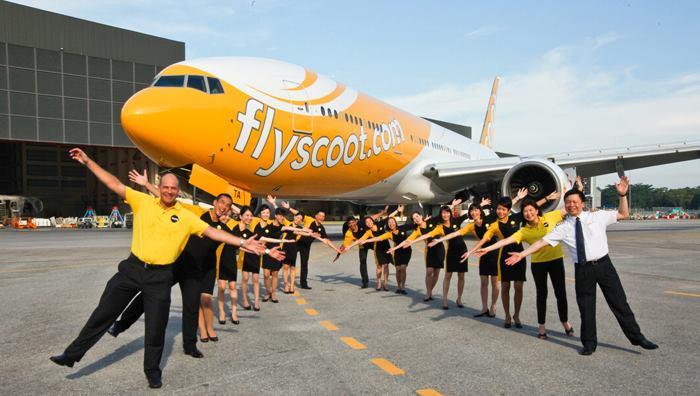 Australia has so far accounted for approximately 15% of bookings on Scoot’s Singapore- Athens service since it became the LCC’s first European route in Jun-2017. Scoot also expects Australia will account for nearly 10% of bookings for Berlin, which will become its second destination in Europe in Jun-2018.

As Blue Swan has previously reported, in early Jan-2018 Scoot began selling connections to Berlin in the Australian market with fares starting AUD800 including taxes. Scoot plans to launch four weekly flights from Singapore to Berlin on 20-Jun-2018. Scoot is offering connections to Berlin from all four of its gateways in Australia – Gold Coast, Melbourne, Perth and Sydney – although with generally long layover times.

Scoot Head of Sales and Distribution Trevor Spinks told CAPA TV on 1-Mar-2018 that initial sales of the Berlin-Singapore route “are going very, very well”. He expects point of sale Singapore to account for 50% of total bookings and point of sale Germany to account for 40%. Other markets will account for the remaining 10%, with Australia point of sale generating most of the sixth freedom traffic.

Mr Spinks said that Australia has so far accounted for 15% of bookings for Singapore-Athens. He added the remaining 85% is roughly split equally between point of sale Singapore and point of sale Greece.

While 15% is not a very large contribution, it is significant given that Scoot is still not offering quick connections in both directions to Melbourne, which has the largest Greek community in Australia. Connections work better with Sydney as Scoot introduced a split schedule for Singapore-Sydney about the time it launched services to Athens.

Athens was launched with four weekly flights in Jun-2017 but most of the year is operated with only two weekly flights. Operating just two weekly flights is not ideal for an LCC in part because it results in higher crew costs. However, the two weekly flights are generating sufficient revenue to cover variable costs during off peak months and for now this is preferable to operating a thicker schedule with lower load factors.

Scoot is confident there will be sufficient demand in future to support more flights to Athens during the off-peak season, which would also result in more options for Australian travellers. “We’re already considering increasing it to maybe three a week and maybe four a week the year after that,” Mr Spinks said. “Like with a lot of airlines, we'll start on a part weekly service, we won't lose our shirt in terms of costs or profitability, but if it's covering the costs, and it's improving day by day, and people get more used to it, we'd look at increasing this route, eventually hopefully within a few years to be a daily service.”

“There's a couple more in the planning stages at the moment and we also want to increase the frequency on the routes that we've already started,” he said. “Like mentioned previously, two a week for Athens, we've been looking at increasing that for up to three, maybe four a week in the off seasons.”

Scoot has taken delivery over the last year of a sub-fleet of four 787-8s specially equipped with crew bunks for long haul routes. However, this fleet is not yet fully utilised as Scoot has only one – and from June, two – true long-haul routes (Singapore to Athens and Berlin) requiring crew bunks. Honolulu is a third long-haul destination but as it is served via Osaka it is not a long-haul route requiring the crew bunk equipped 787 sub-fleet.

“We're trying to try and utilise them as quickly as possible, but not to lose our shirts in terms of utilising them so heavily, in say the shoulder months or something similar, where you're flying them for high utilisation, but struggling to cover costs,” Mr Spinks said.

He added that having a significant long-haul operation is “definitely part of the longer plan … We've been a long haul, low cost carrier, but for the first few years we only did Melbourne and Sydney, which is only eight hours, and is that really long-haul?”