Australia-NZ seats hit a record 9.4% year on year increase for the Jan-2017 peak. 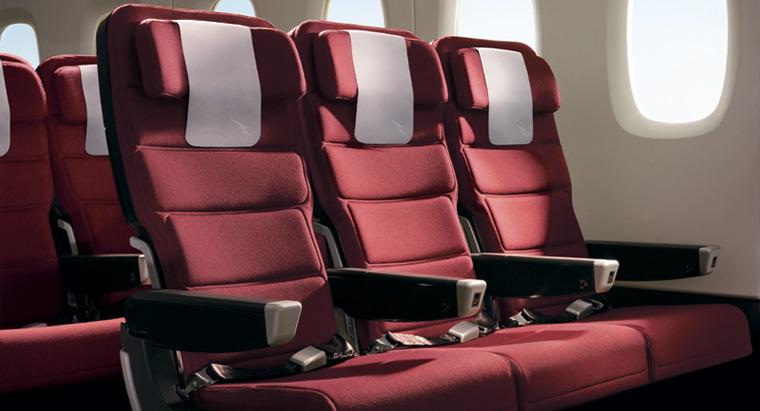 As New Zealand’s economy sparkles, trans-Tasman activity is growing at well above historic rates. New Zealand GDP is projected to increase 3.5%, against Australia’s 2% for the current financial year.

The Australian airline market is unsurprisingly very important to New Zealand, with nearly 60% of all its international capacity directed across the Tasman, while it constitutes less than a quarter of total Australian international seats. 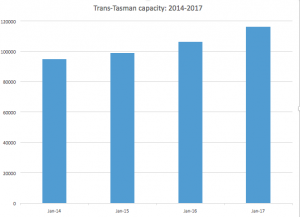 This year, illustrating the growing importance of Asia’s long haul LCCs in the ANZ market, much of the additional is accounted for by the addition of AirAsia X into Auckland, with an added 2,700 extra seats/week.

AirAsia X started serving Auckland from Gold Coast Airport in Mar-2016 and now has a 4.2% share of the total Tasman market. 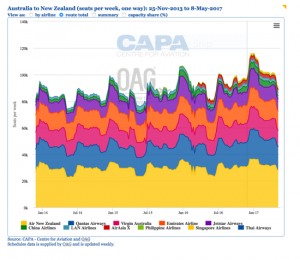 Another addition to the market since 2016 is the Canberra-Wellington service added by Singapore Airlines, adding another 1,140 seats a week.

The effect of these new services is slightly to reduce the reliance on the key route of Sydney-Auckland, where capacity will only rise 6% against Jan-2016. This is a typical effect as markets open up and new airlines enter the market.