Boeing strides away from Paris in the unfamiliar role of victor 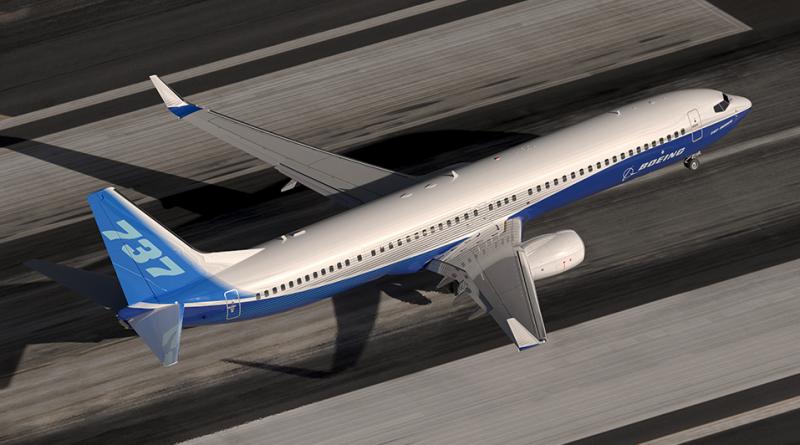 The 2017 Paris Air Show produced an unexpected flurry of orders – Boeing and its new 737 MAX 10 emerging with a clear victory on what has historically been Airbus home turf. Deals were announced covering almost 1200 aircraft at the air show, making Paris the busiest air show since 2013.

Boeing captured agreements for a total of 754 aircraft, defeating preferential rival Airbus, which managed deals for 346 aircraft. The regional aircraft manufacturers went home with agreements for less than 100 aircraft between them – although ordering here was also better than anticipated.

As has been usual for the past four to five years, narrowbody ordering led the way at Paris. Firm orders, MoUs and other commitments were placed for more than 900 narrowbody aircraft; 850 of these were for the new 737 MAX and A320neo. Airbus and Boeing now have a combined backlog of nearly 8800 aircraft for their updated narrowbodies, but demand for the aircraft persists.

Boeing formally launched the 230-seat 737 MAX 10 on the first day of the air show, propelling a truly competitive response to the A321neo into the market. The decision to add the new, larger version of the 737 MAX was rewarded immediately, with orders and commitments coming from 16 customers, for a total of 361 aircraft.

This is enough to make the decision to launch the programme more than successful. However, the headline ordering number hides the fact that 208 of the 737 MAX 10 orders were conversions from other members of the MAX family, rather than new deals.

Airbus was quick to jump on this, claiming that the 737 MAX 10 will “cannibalise” the 737 MAX family, particularly the 218-seat 737 MAX 9. Boeing maintains the “heart” of the narrowbody market is the 737 MAX 8 with the 737 MAX 9, while Airbus expects the A321 to be potentially taking up to half of future narrowbody sales.

For its part, Airbus managed narrowbody deals for 326 A320 family aircraft, including a blockbuster order of 100 A320neos with GECAS and 45 with CDB Leasing (which includes 15 conversions from A320neo to the larger A321neo).

Widebody ordering remained muted, although there were some welcome signs of a rebound in the market at Paris. Deals for 66 widebodies were announced – encouraging for some programmes under pressure – with Boeing again taking the lion’s share of these, via a deal for 30 787-9s from AerCap.

Neither Airbus nor Boeing expect a major recovery in widebody ordering until beyond 2020, when a new wave of replacement demand for older aircraft arrives.

Embraer took orders for 30 of its new E-Jets E2 family, as well as orders for eight of the current generation E-Jets. Turboprops had a better than anticipated air show, with ATR wining commitments for better than 40 aircraft, and Bombardier securing deals for 34 Q400s.

Apart from the 737 MAX 10 and the E-Jets E2 programmes, orders for new aircraft were non-existent. Bombardier failed to win any new C Series customers, and Mitsubishi, Irkut, COMAC and Antonov (all of which have new or in-development aircraft programmes) failed to gain an order between them.

New aircraft programmes were a topic of intense speculation at Paris, particularly Boeing’s proposed new ‘Midsize’ aircraft. According to Boeing Commercial Airplanes VP and GM of airplane development Mike Delaney, a firm design for the aircraft could be settled by 2020, with testing to start by 2024.

Boeing believes a design with 220 to 270 seats and range of up to 5000nm could do for new medium haul routes what the 787 did for long haul flights: allowing carriers to connect directly to secondary cities, ignoring overcrowded major hubs. The key for Boeing will be to ensure the aircraft doesn’t eat into the market space occupied by the 737 MAX 10, at the lower end of the capacity/range spectrum, and the 787-8 at the upper end.

At the same Airbus was attempting to spruik a refined version of the A380, dubbed the A380Plus. The upgrade would add large winglets, 80 extra seats, more range and better MRO cost control. Airbus stated that it would only go ahead with a large order underneath it, which looks unlikely since very large aircraft orders have almost completely dried up and new, higher capacity twin jets eat into what little competitive advantage they had left.

In total, Paris shows that the industry remains optimistic about its outlook. Airlines and lessors continue to order with the expectation that passenger demand, and profits, will continue.

While growth and financial health remain unevenly distributed in the industry, the underlying fundamentals and the prospect for ever more commercial aircraft orders remain strong.