Brisbane to Seattle? You got to be kidding! 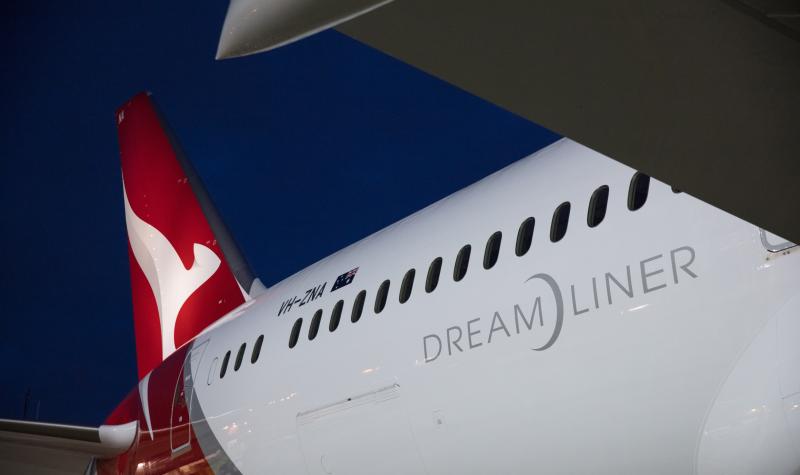 Qantas has talked about Brisbane-Seattle or Brisbane-Chicago to round out the initial portfolio of routes to be launched with the new 787-9 fleet. Qantas supposedly will select the US airport that provides the best deal but given the relative grim prospects of a Brisbane-Seattle route the talk about Seattle seems to be more a negotiating ploy than a serious option.

Melbourne-Los Angeles will be the first long haul route to be operated with the 787-9 with service commencing on 15-Dec-2017. The first 787-9, which arrived in Australia for the first time on 20-Oct-2017, will be used over the next eight weeks on domestic flights for training purposes.

Seattle is a small market from Australia. According to OAG Traffic Analyser data, Seattle accounted for less than 4% of all bookings in the Australia-US market in the first eight months of 2017.

The Brisbane-Seattle market is particularly small. Roughly, there is an average of 20 passengers per day travelling from Brisbane to Seattle. Brisbane accounted for less than 20% of total Australia-Seattle O&D passenger traffic in the first eight months of 2017.

Sydney-Seattle is a bigger market, accounting for over 40% of Australia-Seattle bookings, followed by Melbourne with slightly more than 20%. Qantas would be able to attract some Sydney-Seattle traffic with a Brisbane-Seattle service but existing one-stop options (via Honolulu, Los Angeles, San Francisco and Vancouver) would still account for a large share.

Qantas would therefore need to rely heavily on connecting traffic beyond Seattle to make a Brisbane-Seattle route viable. However, Seattle is not a hub for Qantas’ closest partner, American Airlines. American has only eight routes from Seattle – all to American hubs – and accounts for only 5% of total seat capacity at Seattle.

Seattle is a hub for both Delta Air Lines and Alaska Airlines. Qantas is partnered with Alaska, which provides Qantas some connectivity from Los Angeles and San Francisco, supplementing American. However, it makes sense for Qantas to focus on American hubs as it expands in the US, particularly given the two partners plan to reapply for anti-trust approval and hope to eventually implement a joint venture covering the Australia-US market.

It would be easier for Delta to make an Australia-Seattle route successful. But this is not a likely scenario and Delta would almost certainly operate from Sydney to Seattle rather than from Brisbane, given that Sydney is a much larger market (for both local traffic and traffic connecting beyond Seattle).

Brisbane-Chicago is a more logical option for Qantas. While Brisbane-Chicago is also a small local market, Chicago is a big American hub. Qantas would therefore be able to offer connections throughout the Midwest and Eastern US. Boston, Miami, Orlando, Washington DC are all among the top 10 US destinations from Brisbane that are not served nonstop.

New York is the largest US destination from Brisbane that is not served nonstop but Qantas will focus on serving the Brisbane-New York market with its own one-stop flight via Los Angeles.

Dallas is the fifth largest US destination from Brisbane that is not served nonstop – it is slightly smaller than Seattle and slightly bigger than Chicago. Dallas would not be a new US destination for Qantas as it is now served from Sydney. Qantas currently operates Sydney-Dallas nonstop in both directions but for three years after the route was launched in 2011 it made a stop in Brisbane in the westbound direction.

Launching Brisbane-Dallas with the last batch of 787s would be sensible although it does not meet Qantas’ objective of adding a new US destination. Dallas would offer better connectivity than Chicago or Seattle. Dallas is American’s largest hub and generally an easier airport to connect in than Chicago O’Hare.

For most destinations in the eastern and central US, Dallas would offer faster total transit times than Chicago from Brisbane. Dallas also offers connections to Latin America which Chicago generally does not offer.

Connectivity should be the main factor in selecting a new US route given that regardless of which US airport Qantas selects a majority of passengers will be connecting. Qantas essentially with this exercise is selecting the connecting airport that is best for Brisbane-US passengers that are not heading to California or New York.

Qantas’ Brisbane-US capacity will increase by 30% as it transitions from one 747-400 flight to two 787-9 flights. It could have opted to increase Brisbane-Los Angeles capacity with a double daily service and continue relying entirely on the Los Angeles hub. By selecting a new destination, Qantas is reducing capacity to Los Angeles by 35%, forcing it to focus the Brisbane-Los Angeles flight on the local market along with New York (using Qantas metal) and connections within the US west coast.