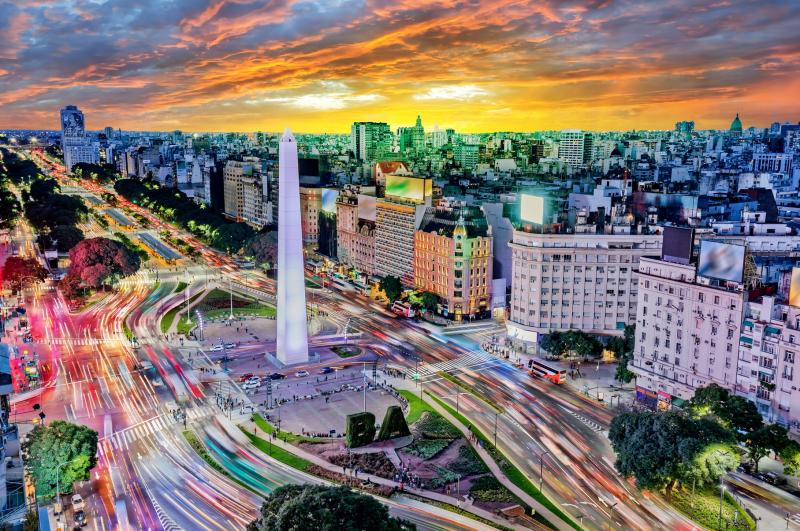 A declining currency has helped put Argentina on the global tourism map making the destination much cheaper for international arrivals. That decline has been significant, but an affordable Argentina is catching the eye of travellers.

After reporting strong growth in foreign arrivals over the second half of last year, full calendar year data now shows that an estimated two million travellers arrived in its capital, Buenos Aires, via its major airports of Ezeiza International (EZE) and Aeroparque Jorge Newbery (AEP). This is a 5% increase over the previous year and that trend is projected to continue in 2019, thanks to added connectivity and pledged support from the local government for hospitality projects.

“Over the last year, international tourism generated over USD2 billion for the city,” says Gonzalo Robredo, president of the Tourism Entity of the Autonomous City of Buenos Aires. “From hosting distinguished events to ramping up promotional efforts in key markets, as well as increased air connectivity from the west coast, Buenos Aires has established itself as the cultural capital of South America on a global scale.”

Last year was exceptional for the city of Buenos Aires as some of the world’s most renowned events took place. The G20 and U20 Summits, Art Basel - making Buenos Aires the first partner in the Art Basel Cities initiative - and the Summer Youth Olympic Games, played an important role in attracting millions throughout the year.

The arrivals data suggests that more than 250,000, a quarter of these visitors, hailed from the United States, choosing Buenos Aires for reasons that mixed business and leisure and with more than half opting to stay in the city’s hotels. Top accommodation choices were luxury four- and five-star properties, a category that Buenos Aires offers a broad range of options and saw a 9% annual increase in nights by US travellers.

Looking to 2019, the city could potentially receive just under 430,000 international tourists more per year than in 2016 due to an increase in air connectivity. This commenced in late 2017 with the launch of United Airlines’ daily nonstop flight from Newark. Last year, additional routes from Los Angeles and Zurich commenced. The American Airlines’ route from Los Angeles is particularly notable as it offers connecting to the US west coast, a region that boasts high purchasing power and represents an important gateway to and from the Asian market.

Buenos Aires’ government has pledged to support this growth and spur expanded hotel options by way of a new bill that offers tax incentives to the city’s hospitality industry. Announced in Aug-2018, the bill will benefit hoteliers who build new properties or undertake substantial renovations or expansions to current hotels.

“We have an opportunity to position the city as the most visited destination in the Southern Hemisphere, and in order to do so, it is necessary to grow our hotel infrastructure and expand our offerings with added value,” says Mr Robredo. “We expect project investments to reach around USD570 million by 2025.”

Among the grand-scale events that will attract globe trotters this year to Buenos Aires include: arteBA, the largest contemporary art fair in Latin America, and Semana del Arte, in partnership with Art Basel happening in April; Caminos y Sabores Festival, showcasing the country’s cultural and culinary scene taking place in July; the Tango Festival and World Cup in August; and the 126th Argentine Open Polo Championship happening from November to December.