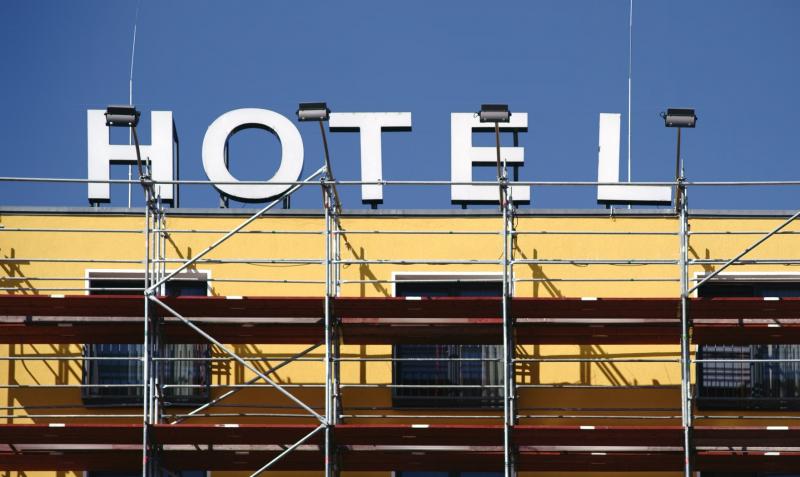 The Asia Pacific region is the only area of the world showing increased hotel construction activity as at the end of last year, according to December 2021 data from benchmarking and hospitality data specialist STR. When comparing hotel construction pipelines in Dec-2020 and Dec-2021, total under contract rooms stood at just under 950,000, a +6.5% increase on the previous year.

The performance of other world’s regions is in contrast to Asia Pacific with reductions in total under contract room levels across Europe, the Middle East and Africa as well as the Americas, the latter influenced heavily by a fall from the early 2000 peak seen in the United States market.

US hotel construction ends year down 61,000 rooms from peak

The general trend across the world is that the number of rooms in the final two phases of the pipeline, construction and final planning remain influenced by the impact of the Coronavirus pandemic, but rising activity in the planning stage provides optimism on industry recovery.

These performance metric are not more evident than in the US where the past year has been the second in a row with far fewer rooms in construction and final planning. Alison Hoyt, STR's senior director of consulting, says the rise in planning activity could already be an indicator that the pandemic's impact on the pipeline will be different than had been seen during the Great Recession – a very positive observation. 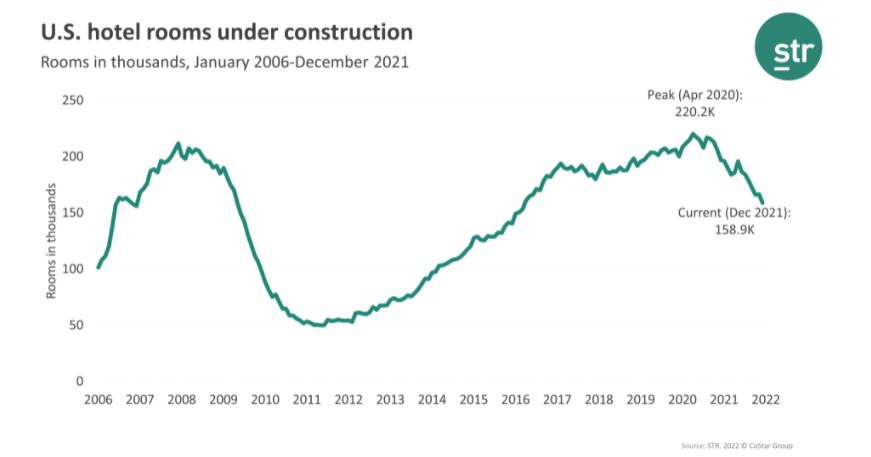 "During the previous recession, construction declines persisted from 2008 through 2010, but with massive jump in planning today, the construction downturn may not last as long as more rooms advance to later phases of the pipeline," she says.

Reflecting the beginning of summer and impact of the holiday season, the hotel industry in Sydney, Australia, reported its highest room rates of the pandemic-era, according to preliminary Dec-2021 data from STR. The market’s absolute ADR level (AUD236.64) was its highest for any month since Dec-2019, while occupancy (45.0%) and RevPAR (AUD106.38) were the highest since May-2021 and Apr-2021, respectively.