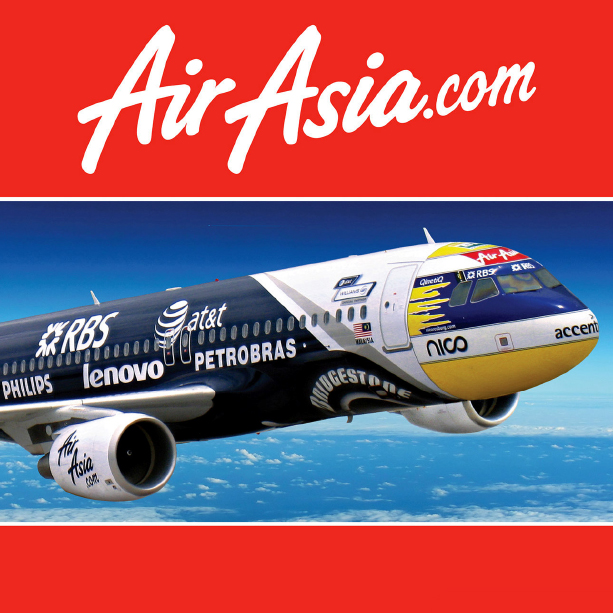 AirAsia has posted another year of profits across all three of its short-haul operations as the group continues to outperform nearly every low-cost and full-service carrier in Southeast Asia. AirAsia Group’s outlook for 2012 is again bright despite high fuel prices and challenging economic conditions. With IPOs planned for its Indonesian and Thai affiliates plus the launch of two new affiliates in the Philippines and Japan, 2012 promises to be another big year for AirAsia. Another milestone will also be reached this year as the group’s all-Airbus A320 fleet surpasses 100 aircraft.

Indonesia AirAsia’s performance was impacted by the return of its remaining Boeing 737 fleet. The carrier late last year joined AirAsia Malaysia and Thai AirAsia in becoming an all-A320 operator, resulting in a more efficient fleet and lower cost base for 2012.

The main Malaysian carrier saw profits after tax drop in 2011 by 47% to MYR564 million (USD186 million), including a 56% drop in 4Q2011 to MYR135.7 million (USD44.8 million), driven by the rise of fuel prices and currency exchange losses. But AirAsia remained ahead of nearly all its peers last year including rival Tiger Airways, which saw its Singapore operation slip into the red in both the third and fourth quarters of 2011. AirAsia Malaysia continues to record some of the highest EBIT margins in the industry, including 27% in both 2010 and 2011.

More rapid growth is expected in 2012 as 20 additional A320s are delivered, resulting in a projected year-end fleet of 116 A320s. The group started the year with 96 A320s and will take three aircraft in 1Q2012, two of which will be placed in Thailand and one in the Philippines. AirAsia will take its 100th A320 in 2Q2012 but has not yet said which carrier will receive this aircraft.

AirAsia Philippines received its operating certificate earlier this month and is now planning to launch services in March, ending a costly five-month delay as the new carrier was unable to secure the required approvals in the original timeframe. AirAsia Philippines will be based at Manila alternative airport Clark and focus on serving regional international destinations which are already served by other AirAsia affiliates. The carrier also plans to operate some domestic routes from Clark. AirAsia Philippines previously stated it planned to operate seven A320s by the end of 2012 and about 15 A320s within three to five years.

AirAsia Group says its new joint venture in Japan with All Nippon Airways is now aiming to launch services in Aug-2012 “at the earliest”. AirAsia Japan will be based at Tokyo Narita and operate a mix of domestic and international services.

In response to growing demand it its existing Southeast Asian markets as well as the need to provide aircraft to its new affiliates, the group has again accelerated expansion of its fleet. The 20 additional A320s now committed for 2012 represents an increase of six aircraft compared to the previous fleet plan.

AirAsia was able to bring forward to 2012 three deliveries from Airbus and also has secured three aircraft from leasing companies. This is the first time AirAsia has dipped into the leasing market for A320s but decided to break from its tradition of relying on Airbus and commercial financing in order to accelerate its expansion.

The group, which has about 275 additional A320s/A320neos on order from Airbus, says it also bringing forward deliveries to 2013 and 2014. The upcoming IPOs at Thai AirAsia and Indonesia AirAsia, both of which are expected to be completed by mid-year, will help raise proceeds to fund the accelerated fleet expansion.

Currently all three AirAsia short-haul carriers rely on the Malaysia-listed company for aircraft acquisition. The IPOs in Indonesia and Thailand will free up the burden now placed on the Malaysian company, allowing it to fund aircraft acquisitions in Malaysia, the Philippines and Japan while Indonesia and Thailand will be able to fund their own fleet expansions.

Long-haul sister carrier AirAsia X, which unlike the other carriers is not part of the AirAsia Group, is also preparing for an IPO later this year which could result in accelerated expansion of its widebody fleet. While listed, AirAsia Group is primarily owned by parent company Tune Air, which is controlled by Tony Ferdandes and other investors. A 10% stake in the AirAsia Group is also now owned by Malaysia Airlines (MAS) majority shareholder and Malaysian Government-controlled investment firm Khazanah Nasional. Khazanah is also now negotiating to acquire a stake in AirAsia X as part of the landmark deal signed in Aug-2011 by AirAsia and MAS, which gave Tune Air a 20.5% stake in MAS.

The partnership with MAS further brightens AirAsia’s outlook as MAS has dropped its Firefly-branded 737 LCC operation, which posed a new and growing competitive threat to AirAsia Malaysia. AirAsia is also expected to start benefiting later this year from feed off MAS long-haul flights, particularly from Europe as AirAsia X drops its two European destinations. The new tie-up with MAS should provide new high-yielding passengers to AirAsia’s Southeast Asian network, which includes several destinations that are not served by MAS.

On the revenue side AirAsia will also see continued upside from ancillaries. AirAsia Malaysia recorded a drop in ancillary revenues in 4Q2011. But this was driven by revenues from cargo and its hotel and travel package site AirAsia Go being removed from the ancillary column. Excluding cargo and AirAsiaGO, ancillary income per passenger increased at AirAsia Malaysia from MYR35.5 (USD11.7) in 2010 to MYR42.7 (USD14.1) in 2011. The carrier says this was driven by an 81% increase in ancillary revenues from its pre-assigned seat product, a 52% increase from baggage upsize and a 33% increase from in-flight meals.

Ancillary income per passenger at Thai AirAsia was also up 29% in 2011 to THB383 (USD12.5) and at Indonesia AirAsia by 11% to IDR136,650 (USD15.2). These figures exclude non-core ancillary income the group is now generating through joint ventures such as AirAsia Expedia, AirAsia CAE and the new BIG frequent flier loyalty programme.

The joint venture with pilot training firm CAE, which includes ab initio training and flight simulators, is now fully operational. The venture with Expedia was launched in Jul-2011 and is now operating in five Asian countries – Japan, India, Singapore, Korea and Malaysia. The BIG loyalty programme was launched in Oct-2011 in Malaysia and will be launched later this month in Indonesia and Thailand. BIG so far has 110,000 members and has received 150,000 new member applications, representing 125 nationalities. About 10% of the members are completely new to AirAsia, allowing the group to further expand its passenger base.

AirAsia sees the new loyalty programme as a large new revenue generator and is keen to pursue more joint ventures as part of a drive to further rapidly increase both its core and non-core ancillaries. The group is also looking at establishing new affiliates as part of an overall goal to have bases in all Southeast Asian markets. The group is planning to grow in 2012 its new Singapore base, which is served by over-nighting aircraft in Singapore from its three existing carriers and having local crews. It is also keen to tap into the anticipated growth in the Myanmar market as the country starts to liberalise. AirAsia will want to continue building momentum and pursuing ambitious pan-regional expansion well beyond the multiple IPOs and new airline launches planned for 2012.