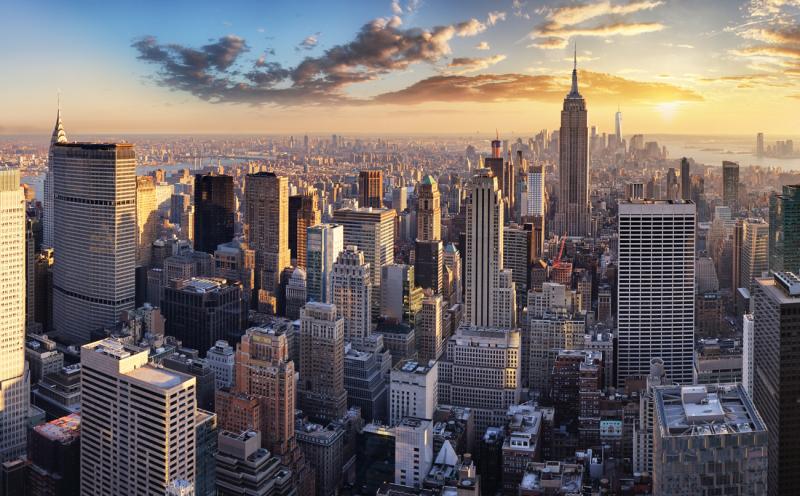 With its new backing from Qatar Airways, Meridiana has confirmed plans to launch long haul scheduled flights to New York and Miami from next summer. The Italian carrier will introduce a daily offering between Milan Malpensa and New York JFK from 01-Jun-2018 and shortly after a four times weekly Milan Malpensa – Miami service, starting from 08-Jun-2018. Both flights will be operated using Airbus A330-200s transferred from Qatar Airways.

The new long haul routes are part of a summer schedule that will also see a notable increase in Meridiana’s presence and also the debut of the Boeing 737MAX-8 on its short and medium haul routes. Alongside New York and Miami, new domestic connections to Rome, Naples, Palermo, Catania and Lamezia Terme will provide transfer feed with schedules that will offer less than two hours connection with the transatlantic flights. The 737MAX-8s, part of an already announced commitment from Qatar Airways will be configured with up to 16 Business Class seats and a flexible Economy Class ranging between 160 to 189 seats and will arrive from Apr-2018.

This feed will be important if Meridiana is going to succeed in one of the most competitive transatlantic markets. While it will compete only with American Airlines on the Milan – Miami city pair, it will compete with five other airlines on Milan – New York - Alitalia, American Airlines, Delta Air Lines, Emirates Airline and United Airlines. Four of these airlines will provide direct competition between Malpensa and John F Kennedy International airports with United flying between Malpensa and its Newark Liberty International Airport hub.

The big question is can the Big Apple sustain another daily flight to and from Milan? The existing airlines serving the market are providing an average of more than 10,000 weekly seats in each direction, with Emirates using an A380 on a flight that originates and ends in Dubai. Meridiana has yet to confirm the configuration of the A330s that will serve the route, except that they will include a 24 seat Business Class cabin. This would suggest a 260 or 272-seat arrangement based on the existing Qatar Airways configuration data recorded in the CAPA Fleet Database.

The Blue Swan Daily investigation of flight schedules on the Milan – New York city pair for 2017 and 2018 already show an expected growth in capacity from existing operators. While capacity levels will remain relatively stagnant in January (+0.1%) and February (-1.9%), an uplift will start to be seen from existing operators from March (+7.0%), April (+6.1%) and will then grow by more than a quarter each month during the May to October period. Across the year average daily capacity will rise 12.5% from 1,450 seats each way in 2016 to 1,631 in 2017.

Qatar Airways finally acquired a 49% stake in the Italian carrier this autumn after establishing a new holding company for the business, AQA Holdings, in partnership with Meridiana’s former owner Alisarda, which holds the remaining 51% share.

Its chief executive officer Akbar Al Baker has suggested that Meridiana is well placed to become the new flag carrier of Italy. Speaking recently at the CAPA Asia Aviation Summit Mr Al Baker said the airline will grow in a “very robust manner” due to its “very big potential”.

The Gulf carrier has committed to acquire up to 60 Boeing 737MAX-8 aircraft for operation out of Italy, while it will also transfer some more of its own Airbus A330s or 787s to the carrier for medium and long haul operations. Meridiana currently operates a mixed fleet of 737s, 767s and McDonnell Douglas MD-82s, albeit the latter has been retired from its fleet as from 01-Nov-2017. Similarly, Air Italy, which operates for Meridiana mainly from Milan Malpensa operates both the 737 and 767.