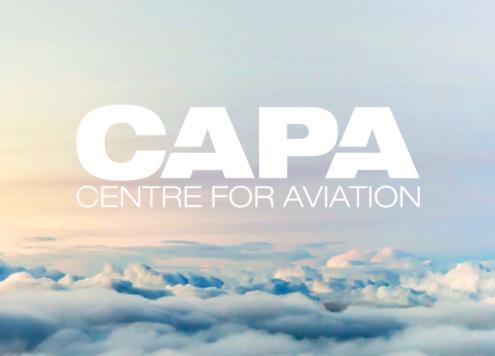 Founded in 1961, Adria Airways is the national carrier of Slovenia. Privatised in 2016, it is 100% owned by 4K Invest, a Luxembourg-based private equity fund with mainly German investors.

A member of the Star Alliance, Adria Airways operates a fleet of three Airbus A319 and 10 Bombardier CRJ900/CRJ700 aircraft from its hub at the Slovenian capital, Ljubljana. It also serves Frankfurt and Munich from both Pristina (Kosovo) and Tirana (Albania). Adria Airways is the leading airline by seats on much of its network.

Its scheduled capacity is being reduced in 2017, although it has added one regional jet since the start of the year. It also operates wet lease contracts for other airlines.

In summer 2017 Adria Airways bought Darwin Airline, formerly part-owned by Etihad and trading as Etihad Regional. The Swiss regional airline has been rebranded Adria Airways Switzerland, but is expected to suspend its only two scheduled routes in Jan-2018 to concentrate on wet lease operations for its new parent and other customers.

Los Angeles International Airport forged its way upwards in the global ranking of busiest airports by passenger numbers in 2016, gaining three places to finish at #4 (#2 in the U.S. after Atlanta), with 8% growth – the second highest improvement of the top 10 airports globally.

Los Angeles International, or LAX as it is commonly known, dominates its own urban metropolitan area, one of the largest in North America. It is in stiff competition with San Francisco International Airport for trans-Pacific traffic, and with San Diego as the main hub for Southern California.

But there are many other local rivalries. LAX is the only commercial scheduled service airport under the ownership of Los Angeles World Airports (LAWA), though that body does also own the Van Nuys general aviation airport. Other metropolitan area airports, such as Hollywood Burbank to the northeast, Ontario to the east, Long Beach to the south and John Wayne Orange County to the southeast, all owned by separate municipalities, are competing with LAX and especially for domestic traffic.

This report looks at present and future growth trends at LAX, local airport statistics, how it matches up to other airports across a range of metrics, at construction activities, and at its ownership.

To read on, visit Los Angeles International – potentially a model for the operation of large hub airports

On 26-Oct-2017 the Argentine National Civil Aviation Administration (ANAC) authorised Norwegian Air Argentina to operate 153 routes from the country, both domestic and international. The Norwegian Group expects that its Argentinean subsidiary, established in Jan-2017, will finally launch operations in the middle of 2018.

It had originally hoped for a winter 2017/2018 launch, but the regulatory process has taken longer than expected. Operation of the authorised routes will be phased in over a period of years, but Argentina will be a major focus of Norwegian Group's growth in 2018.

Norwegian Group's first Argentinean flight will be London Gatwick-Buenos Aires, operated by Norwegian Air UK on 14-Feb-2018, but Norwegian Air Argentina itself will begin with domestic and intra-Latin American routes. Intercontinental routes to cities in Europe and North America are also on its authorised list and will be added over time. It plans to grow its presence in Argentina to up to 70 aircraft.

Argentina is an underserved aviation market, with high fares, offering significant potential to low cost airlines. Some liberalisation has attracted a number of possible new entrants, but challenges include infrastructure and a minimum fare regulation.

To read on, visit Norwegian Air Argentina has 153 routes approved; an underserved aviation market, but challenges

Brazilian LCC Azul Airlines aims to shrink its older fleet of Embraer jets in order to speed up expansion of its Airbus A320neo fleet and cut the number of leases it has that carry higher rates, a holdover from its days as a start-up nine years ago, with no financial history.

Now Azul boasts it has one of the lowest leverage ratios among South American airlines, and aims to take advantage of its improved debt position to achieve better aircraft financing rates in the marketplace.

The airline is moving aggressively to forge deals for older E-Jets in order to grow its fleet of next generation Airbus narrowbodies to push down its operating expense. Many operators of Embraer 190s are examining ways to adjust their respective fleets, as network evolution and a quest to contain costs warrant scrutiny of older aircraft.

Port Moresby in Papua New Guinea (PNG) has started to emerge as a hub connecting East Asia with Queensland in Australia and the Pacific Islands. PNG’s flag carrier, Air Niugini, is pursuing creating a unique niche by offering one-stop connections in markets that are underserved and below the radar screen of most major network airlines.

Over the past year, Air Niugini has expanded its network in Australia and the Pacific. The airline has selected Shanghai as it next destination and could potentially add several cities in mainland China over the next few years as part of a new strategy to target China-Oceania traffic.

Air Niugini is also looking to further extension of its network in the Pacific, where there are several small island countries eager to attract more air services and improve connectivity to Asia. Fleet renewal and the building out of Air Niugini’s fleet with new generation aircraft such as the 737 MAX 8 open up new potential opportunities for international expansion.

To read on, visit Air Niugini pursues hub strategy, offering niche connections from Asia to Queensland and the Pacific

The Vietnamese low cost airline Jetstar Pacific has slowed its expansion, selling three A320ceo deliveries that were initially slated for 2H2017 and leasing out four aircraft. Jetstar Pacific will end 2017 with only 17 A320s in its network, or seven fewer aircraft than in its initial plan.

Jetstar Pacific has continued to grow in 2017, and is planning more growth for 2018. However, the rate of growth has slowed significantly from the 40% achieved in 2015 and 2016.

As a result, Jetstar Pacific will fail to meet the target of operating 30 aircraft by early 2019, set by shareholders Vietnam Airlines and Qantas two years ago. A period of strategic domestic expansion has ended as Jetstar Pacific shifts focus to international expansion and improving profitability.