China’s five building blocks of recovery – domestic travel closes in on normal levels, but it is not all that it seems 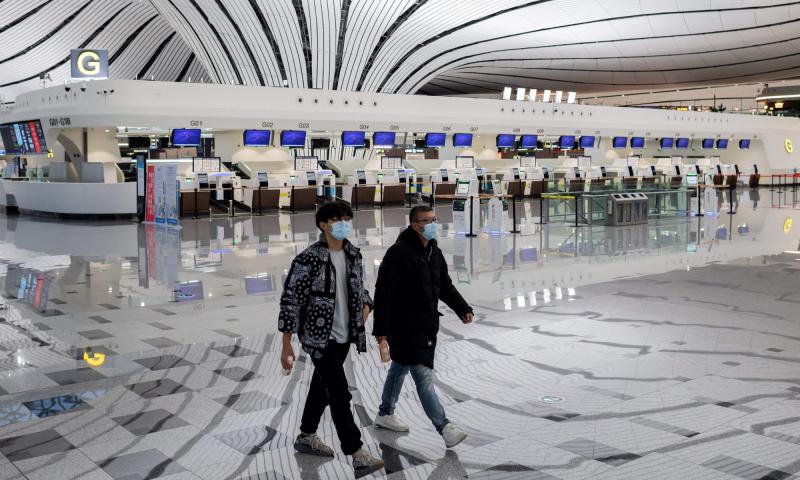 It seems hard to believe that this month Chinese domestic air capacity will return to levels comparable with last year, a sign of the recovery, resilience and reconnection of an industry that plays an essential role in the global economy.

From photographs of deserted Wuhan streets as the epicentre of the coronavirus crisis became the first major city go into lockdown at the start of the year to those in the past week of thousands enjoying a pool party in the same city. It is a sign of a city's return to normalcy and a clear sign to countries still grappling with the virus that strict preventive measures have a payback.

In China’s case a massive domestic market has been an important driver in its recover, plus ongoing restrictions on international travel have helped boost the numbers of locals exploring more of what the huge country has to offer.

As the CAPA - Centre for Aviation Air Capacity Model for China illustrates the aviation market in China bottomed in the second week of February, a few months ahead of the situation occurring in most other parts of the world. It declined quickly and the recovery has been much slower, but pretty constant.

Its capital, Beijing, is a little behind the curve after a now contained second wave in July, but cities such as Chongqing, Chengdu, Shanghai and Shenzhen are now seeing positive year-on-year growth. Sanya, a resort on Hainan island in the South China Sea and which requires a flight for most Chinese to access, has become a real domestic hotspot.

A domestic capacity snapshot taken at the start of the year and right now would illustrate China as a market performing to trend. But in those eight months the world has suffered a seismic shock which will irreversible impact its short-, medium- and, in some cases, even its long-term development. In China’s case that is a story of how quickly and deeply a public health crisis can impact a nation, but also about how quickly it can recovery.

In a presentation at the CAPA Australia Pacific 2020 Aviation Summit, Derek Sadubin, managing director of CAPA, a trusted source of market intelligence for the aviation and travel industry, highlighted five building blocks that have underpinned China’s recovery.

“It’s an incredible resurgence,” says Mr Sadubin and highlights the control of the original Wuhan outbreak and subsequent localised spikes as “the cornerstone of building traveller confidence in the system”.

But, while the data shows an almost complete domestic recovery and the likelihood of positive year-on-year growth before the end of the calendar year, those are the headline figures. Behind them is a market that despite looking positive from the outside still carries heavy wounds from the Covid-19 crisis. Capacity and demand levels may appear strong, but yields have been significantly reduced and will likely remain at reduced levels for the foreseeable future.

As Mr Sadubin highlights, China is a very different market from many others across the world and the government involvement in the air transport industry has certainly helped its resurgence over the past months and will support it into the future. Not all industries across the world have a similar playing field. This would not necessarily be a sustainable solution for many others.

Similarly, experiences in other countries that had effective control of the virus show that despite the positivity, China should still be described as a “fragile” market that is “not without risk of future setbacks,” notes Mr Sadubin. Until scientists full understand the virus and its effectively controlled (through a vaccine or other measure), risks remain, but right now China certainly provides as best an insight we can have into the medium-term future for much of the rest of the world.