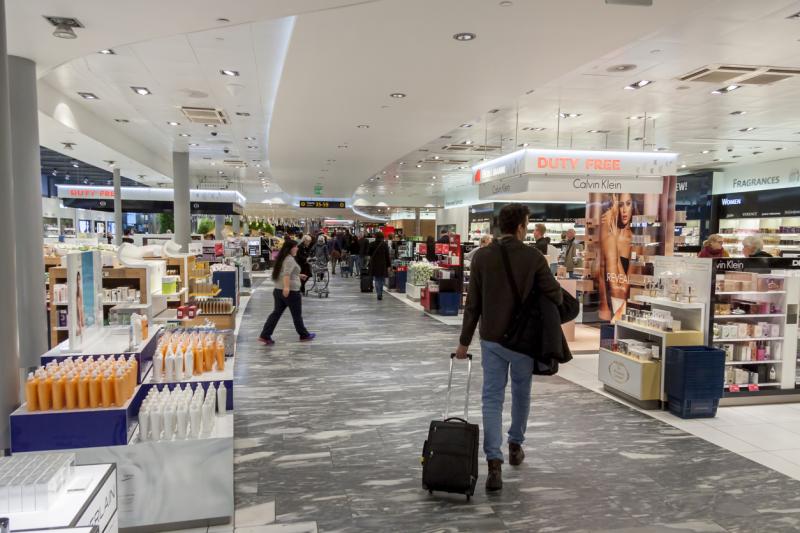 The travelling habits of Chinese passengers may be changing, but they remain the world’s biggest spenders as latest analysis from Swiss research agency m1nd-set shows that they account for more than 13.2% of total duty free sales, more than three times higher than any other nationality.

Regarding shopper behaviour, the forecast for traffic and travel retail shopper behaviour for 2018 compiled through m1nd-set’s Business 1ntelligence Service (B1S), reveals that Chinese shoppers top the charts in terms of both their shopping rate and average spend in duty free shops. 41% of Chinese travellers say they shop at duty free shops while travelling; they also spend more than other nationalities, well ahead of the second place market in terms of average spend, which is India.

The research, based upon m1nd-set’s global shopper insights, drawn from almost 50,000 face-face interviews with travellers at airport departure gates around the world, and IATA’s Direct Data Service (DDS) traffic analysis and forecasting tool helping to identify the key 15 markets for share of duty free sales in 2018 based on shopping trends and forecast traffic growth. 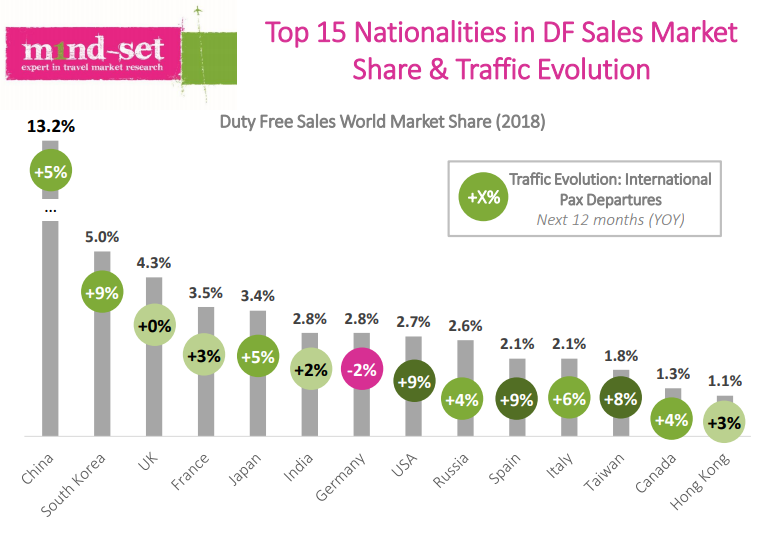 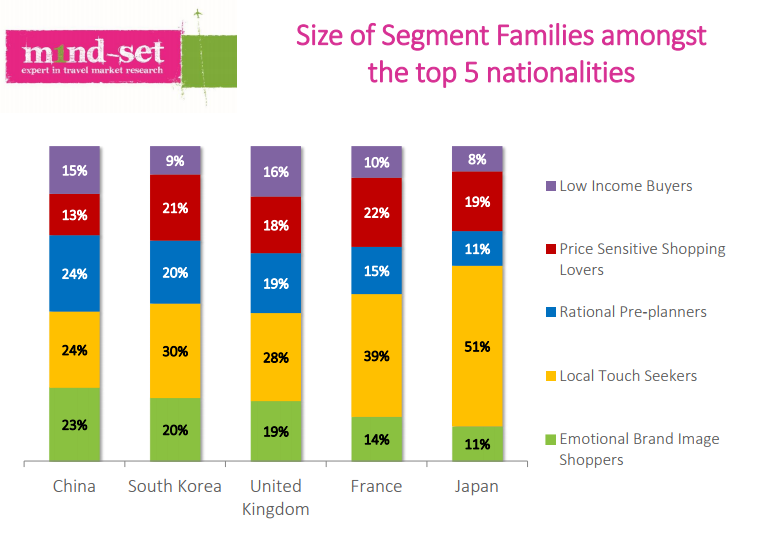 The B1S report also identifies the five key customer segments within each nationality market segment, based on m1nd-set’s customer segmentation model. The findings demonstrate that within each nationality segment there are clear behavioural differences. This underlines the need for marketing and sales teams to understand the different behaviour within the sub-segments, according to m1nd-set, treating each shopper nationality as individuals, rather than adopting a cookie-cutter approach to all Chinese or South Koreans for example.

The global duty-free industry is expected to grow to about USD67 billion by 2020, from an estimated USD45.7 billion last year, according to Swiss company Dufry, the world’s largest travel retailer by sales. It forecasts that Asia-Pacific will be the fastest-growing market in airport retail sales during the next five years, with sales in 2020 at levels almost double those of 2014.

The m1nd-set data highlights Bangkok, Hong Kong, Osaka, Singapore and Taipei as the largest overseas markets for both Chinese and South Korean duty free sales with Da Nang and Hanoi also among the largest sales markets for South Koreans. For the UK, the majority of duty free spend is at home airports, albeit popular connecting hubs Dubai and Amsterdam, as well as the holiday market of Alicante in Spain also make the Top 10 markets for British traveller spend.