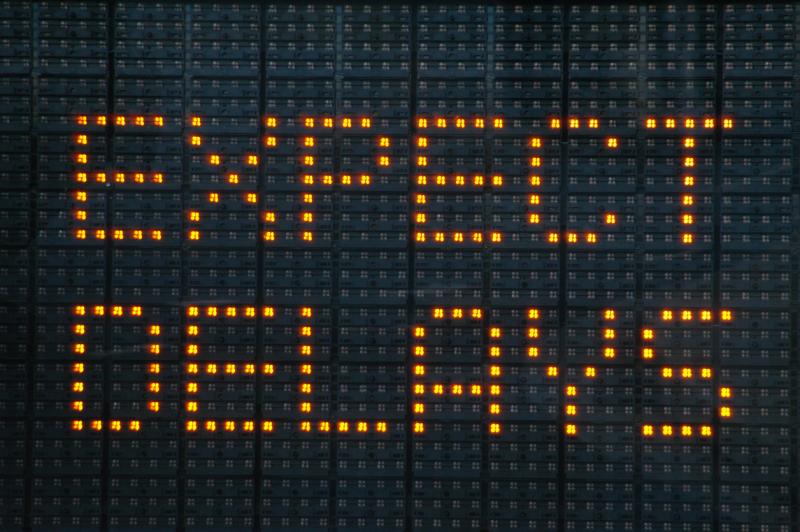 Thai Airways has been blocked for nearly a year by Australian authorities from operating its new fleet of A350s to Australia, forcing the airline to continue offering an outdated product in the Melbourne and Sydney markets.

Thai has not grown in Australia for several years and needs the A350 to improve its product and positioning in Melbourne and Sydney. The delays in securing A350 approvals from the Civil Aviation Safety Authority (CASA) are puzzling given Thai’s long history of serving Australia and the fact other A350 operators in Australia have not faced similar delays.

Thai Airways took delivery of its first A350-900 at the end of Aug-2016 and the second A350-900 in mid Oct-2016. Thai’s initial deployment plans for the A350 were to dedicate the first two aircraft to the twice daily Bangkok-Melbourne route.

One of Thai’s Melbourne flights was initially scheduled to transition to the A350-900 by the beginning of Oct-2016, while the second flight was expected to transition to the A350 a few weeks later. For the last several years Thai has been using a combination of 777s (multiple variants) and 747-400s on the Bangkok-Melbourne route, resulting in some seasonal fluctuations in capacity.

Thai initially disclosed in early 2016 its selection of Melbourne as its first A350 route and reconfirmed these plans in a 31-Aug-2016 press release announcing the delivery of its first A350. Upon taking delivery of the first A350 Thai also indicated it would use the new type on the Bangkok-Sydney route as it added more aircraft. Thai has commitments for 12 A350-900s, three of which are now in service with the remaining nine aircraft to be delivered by the end of 2018 including two aircraft slated for mid 2017.

Thai’s inability to secure CASA approval for the A350 is puzzling as adding a new aircraft type for a foreign airline already serving Australia is usually straightforward. Thai executives told CAPA in Nov-2016 the issue was not specific to Thai and other A350 operators in Australia had similar issues.

The small initial delays were not surprising as typically an airline initially operates a new widebody aircraft type on short haul routes for training and operational purposes before using it on longer routes. However, the delay from Dec-2016 to at least Mar-2017 was surprising.

Thai Airways executives, speaking to CAPA in Nov-2016, said CASA had still not approved the aircraft for operations to Australia. At the time, Thai was confident the issue would be resolved shortly and Thai would be able to deploy the A350 on the Melbourne route by at latest Jun-2017, when it expects to take its fourth and fifth A350.

However, in Feb-2017 Thai pushed back the launch of A350 flights to Melbourne until the start of the southern hemisphere summer season in Oct-2017. This again is contingent on approvals from CASA although the airline has once again stated it is confident the issue will be resolved shortly.

Thai’s inability to secure CASA approval for the A350 is puzzling as adding a new aircraft type for a foreign airline already serving Australia is usually straightforward. Thai executives told CAPA in Nov-2016 the issue was not specific to Thai and other A350 operators in Australia had similar issues.

However, A350 launch customer Qatar Airways has been operating A350s into Australia since early May-2016. Singapore Airlines also has been operating the A350 to Australia since early Aug-2016. Both these airlines were therefore already approved to fly the A350 into Australia before Thai took their first A350 and was aiming to begin using the aircraft on the Bangkok-Melbourne route. As a result, it seems the CASA A350 issue is indeed specific to Thai.

Thai has had no problems securing approvals to operate the A350 to several other countries including Germany, Italy, Singapore and the UAE. As Thai faced delays in securing approval from CASA it shuffled its schedules and started instead flying the first two aircraft to Europe. Other markets have benefitted from transitioning to the A350 earlier than initially expected while Australia continues to be served with an outdated product.

The introduction of the A350 on the Bangkok-Melbourne route, and subsequently the Sydney-Melbourne route, would improve Thai’s product and position in the Australian market. The aircraft is configured with including 289 economy and 32 lie flat business class seats. Thai is now using 777s on its double daily Melbourne service (generally older model 777s although some flights are operated with the 777-300ER) and ageing 747-400s on its 11 weekly flights to Sydney.

Brisbane and Perth are served with one daily 787-8 flight, providing a more modern product in these smaller markets. Thai had no issues securing CASA approvals for the 787 after taking the new type in Jul-2014. Perth was Thai’s second international 787 route and was initially operated with the 787-8 in Sep-2014. Thai has been consistently operating the 787-8 on the Bangkok-Perth route, which was previously operated with A330-300s, since early 2015.

The A350 is the ideal solution for Melbourne and Sydney – both in terms of product and size – while the smaller 787 has worked well in Brisbane and Perth. By transitioning all its Australia routes to new generation aircraft, Thai would be able to offer a consistent business class product with lie flat seats to Australia consumers and corporates.

Consistency has historically been a weakness for Thai – in Australia and other markets – because it has multiple configurations and a wide range of products on its widebody fleet. An operation consisting of all A350 flights in Melbourne and Sydney along with the already implemented 787 flights in Brisbane and Perth would resolve this major weakness in Australia and make Thai a stronger competitor, particularly in the corporate and premium markets where it has been trying to make inroads with limited success.

Thai has not grown in Australia the last decade while other Asian airlines such as Singapore Airlines have expanded significantly. Thai’s Australia traffic peaked in 2012 and 2013, when it exceeded 1 million passengers. Thai’s Australia traffic dropped 19% in 2014, when the airline was impacted by political instability in Thailand, and has not since fully recovered. Thai carried 950,000 passengers across its four Australia routes in 2016 and recorded an average load factor of 76%. Thai carried more passengers to and from Australia back in 2007.

The A350 could enable Thai to boost loads, regain market share and improve profitability in the Melbourne and Sydney markets. This in turn could potentially lead to more frequencies to Australia, including a boost at Sydney from 11 to 14 weekly flights – which would provide a better schedule for business travelers and corporates.

Thai Airways annual passenger traffic to and from Australia and average seat load factor: 2006 to 2016 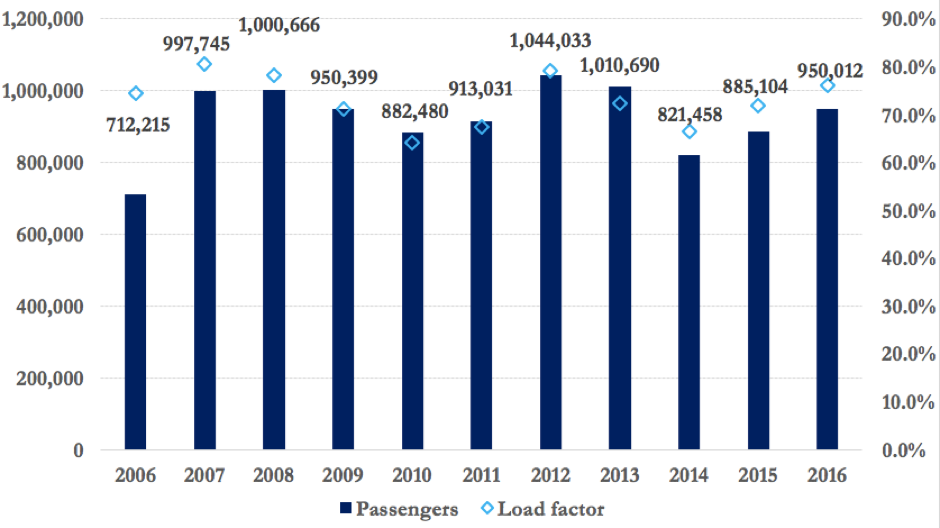