Could the A321neo and A321neoLR enable AirAsia to resume Australia expansion? 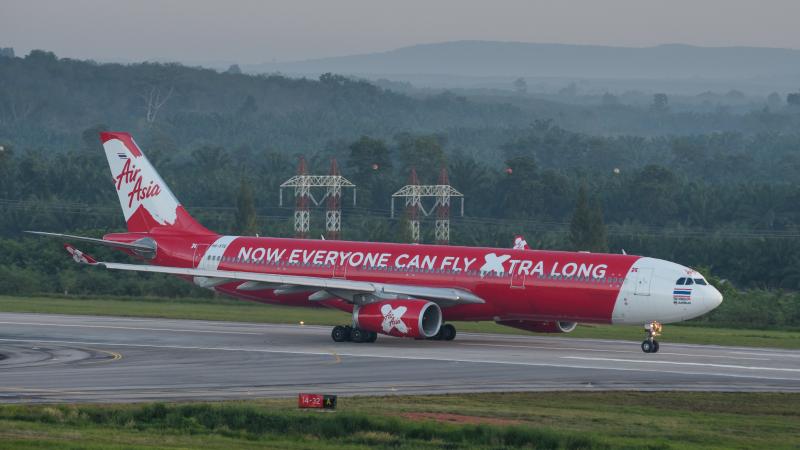 The AirAsia X Group is planning to supplement its fleet of A330 widebodies with re-engined narrowbody aircraft capable of operating routes of up to eight hours. During its recent 2Q2018 results briefing, the group disclosed that it is negotiating to convert 40 of its 100 A330-900neo orders to A321neos or A321neoLRs.

While AirAsia X will mainly use its new A321neo fleet to serve North Asia, its largest market, there will be opportunities to resume expansion in Australia.

Australia was AirAsia X’s first market when it commenced operations in late 2007. Over the last decade AirAsia X has steadily expanded in Australia but the group has reduced its Australia capacity in recent years.

In Feb-2018, AirAsia X reduced Perth from 14 to 7 weekly flights, while Sydney was reduced from 14 to 11 weekly flights and Gold Coast from 11 to seven weekly flights. Melbourne has been maintained at two daily flights however AirAsia X is moving from Melbourne Tullamarine to Melbourne Avalon in early Dec-2018 in a bid to reduce costs and improve the profitability of its largest Australia route.

While AirAsia is still the largest foreign low cost-brand in the Australia market, its share of total international set capacity has dropped from more than 6% in Jul-2016 to 4% currently.

Re-engined narrowbody aircraft have the range to operate most Indonesia/Malaysia-Australia routes. While larger A330s will remain the most suitable aircraft for the Kuala Lumpur-Melbourne and Kuala Lumpur-Sydney routes, the A321neo could enable AirAsia X to restore frequencies in its two smaller Australia markets (Perth and Gold Coast) and launch new Australia routes that are too thin for A330s.

Double daily A321neo service from Kuala Lumpur to Perth and the Gold Coast would improve connectivity compared to the current single daily service. However, the more significant growth would likely come from the launch or relaunch of other Australia routes. AirAsia X has talked about resuming Kuala Lumpur-Adelaide, which it dropped in early 2015, and the A321neo/A321neoLR could provide an ideal solution as it could be operated daily compared to a less than daily A330 service.

The AirAsia X Group could also use A321neoLRs to resume services on the Melbourne-Bali and Sydney-Bali routes. Jetstar plans to use A321neoLRs to replace 787-8s on the Melbourne-Bali and Sydney-Bali routes in 2020, which highlights the potential benefits of deploying the new aircraft type on six-hour routes.

AirAsia X also has talked over the last few years at potentially launching new destinations in Australia. Cairns, Canberra, Newcastle, Townsville and Toowoomba/Brisbane West have all been mentioned. All five of these destinations would be within range of the A321neo or A321neoLR from Kuala Lumpur and are likely too small to support A330s.

For a comprehensive analysis on AirAsia X’s planned fleet of A321neos and how re-enginged narrowbody aircraft can could be a gamechanger on long haul routes within Asia Pacific see this related report from CAPA: Low cost long haul narrowbody: AirAsia X, NokScoot join the party