Creature comforts in the air: we are used to travel’s luxuries, but what about our prized pets? Which airlines score highest for their pet friendly policies? 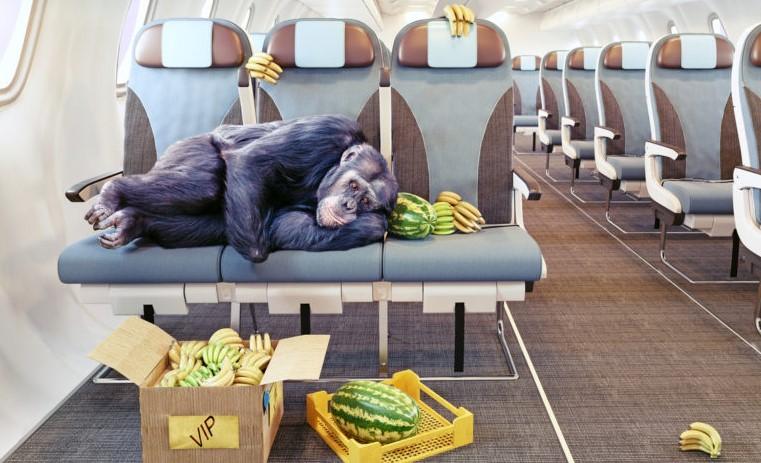 As a rule our pets don’t share our delight at the prospect of flying around the world, but sometimes needs must and we have no choice but to bundle them into their carrying crates and check them in. Our pampered pooches and crazy cats don’t get the choice of first class or economy, extra leg room or inflight meals, so what the airline offers as their basic pet policy is important to know. What is interesting is that conditions and policies vary from airline to airline.

Some airlines allow small dogs and cats to be carried in the passenger cabin, some even in business class, while others will only allow them in the hold or as checked baggage. Some airlines only cater for dogs and cats while still others don’t allow animals at all and fees can vary dramatically airline to airline, from nothing to over USD500 per animal.

Budget Direct Travel Insurance has done a review of the top 50 airlines in the world, as ranked by Skytraxx in 2019, and given them all ratings based on 10 different categories, including cost per pet, cabin allowance, openness to welcoming unusual pets, reward programmes and number of pets allowed per person. Information was found from the airlines’ own websites plus additional information from BringFido and PetTravel.

European flag carrier KLM Royal Dutch Airlines comes out ears and tail above the rest with a score of 81.8 out of 100 for their flexibility and wide range of offerings. They scored highly in all categories making them the popular choice and goes to show that the Dutch are not just happy to move their pets around in bicycle baskets but on planes too.

The second place, and nearly five points behind KLM, is its European flag carrier sister Air France and just behind them is Air Canada with the lowest travel fees across all airlines, but a limit of 45kg for weight of pet in the hold.

The top 10 does throw up some unlikely high scorers, such as Korean Air in eighth place and Azerbaijan Airlines in 10th. However European airlines do tend to score highly with seven of the top 10 carriers domiciled in Europe (including Aeroflot and Turkish Airlines), and only Air Canada representing the Americas.

At the bottom end of the scale and Jetstar scores zero as apparently don’t entertain the idea of travelling animals. While the British are known to be slightly nutty about their animals, British Airways is down in 43rd place although it’s not clear why they scored so badly as they do allow assistance dogs to travel in the cabin and other animals in the hold so not all bad news.

If you do want to fly your feline and canine family members then it’s worth doing some homework first to see which is the best airline operating the most direct route. The shorter flight the better of course as it’s not going to be a pleasant experience for them, particularly in the hold. There are documents that need to be filed, and veterinary approval for an animal to fly is always required, often with tests and jabs needed a certain length of time before travel. So start planning early.

If you have an unusual pet then things may be a little harder as some airlines only seem to accept dogs and cats. But assistance and emotional support animals generally get an easier ride, even if they are a more unusual species. There was a miniature horse taken on board an American Airlines flight in 2019 which caused a stir but credit must go to the airline for being so accommodating and by the pictures ‘Flirty’ the miniature horse seemed to take it all in her stride.