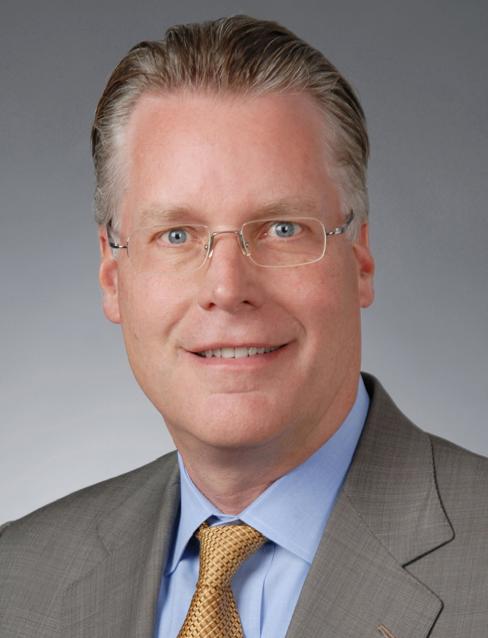 Delta Air Lines enjoyed strong revenue growth during 2Q2012 as demand remained steady despite the negative macro economic headlines from Europe that continue to fuel global jitters. The carrier’s forward bookings for 3Q2012 indicate both corporate and leisure demand is holding steady despite underlying economic uncertainty. But as the carrier’s revenue performance continues to be strong, Delta is facing steady cost headwinds throughout the remainder of the year as a result of capacity cuts and product investments that the carrier assures will produce margin gains in the future.

Unfavourable settlements in its fuel hedging portfolio drove Delta to a 2Q2012 loss of USD168 million. Excluding special items that included the losses on fuel hedges and expenses associated with 2,000 employees opting to take early-out packages, Delta’s profit during the quarter was USD586 million, compared with a USD198 million profit in 2Q2011.

The carrier’s system passenger revenues increased 7% year-over-year during 2Q2012, while unit revenues grew a healthy 8.5%. Delta recorded revenue gains across all its network entities on a total system-wide capacity decrease of 1%.

Trans-Atlantic capacity fell 7% year-over-year, but Delta’s unit revenues in those markets grew 9% year-over-year on 7% yield growth. Delta president Ed Bastian told investors that despite the weak economic conditions in Europe that point-of-sale in the region was steady during the quarter as European businesses and investors showed interest in the relatively stronger US market place. Delta recorded 8% unit revenue growth in its Latin American network on flat capacity growth as Mr Bastian concluded there was a bit of pressure from targeted sale fares, but overall the Latin American operation remained strong with Mexico showing a particularly strong performance with unit revenue growth of 25%.

Mr Bastian’s assessment of corporate demand contrasts somewhat with trends US Airways saw in its corporate business during 2Q2012. Carrier president Scott Kirby stated that starting towards the end of May-2012 there was some slowdown in business demand that coincided with worsening macroeconomic headlines. Mr Kirby explained that historically negative headlines can “translate into business demand to temporary pull-back a little bit until the fog of uncertainty begins to lift”. He remarked that leisure demand, which is less susceptible to to short term headline volatility, remained strong during the quarter.

Demand stability should continue throughout 2012

Demand trends for Delta for 3Q2012 appear be remaining steady as Mr Bastian noted the carrier continues to see revenue expansion across all entities, although not at rates the carrier has recorded during the last couple of years, he cautioned. The airline projects unit revenue growth of 4%-5% for Jul-2012.

Similar to comments made by executives from Southwest Airlines, Delta head of revenue management, marketing and network planning Glen Hauenstein said the US Independence day holiday (4-Jul-2012) falling during the middle of the week was “clearly not good for airline revenue” as business travellers largely took the whole week off and discretionary travel was not as strong as it would have been if the holiday had occurred at the beginning or the end of the week. He estimate the unfavourable holiday timing also affected July’s performance by three to four tenths of a point.

Mr Hauenstein explained Delta was keeping a close eye on industry capacity in Latin America heading into the autumn season in the Northern Hemisphere as current schedules show capacity increasing by about 10%. He also said Delta was watching depreciation of the Brazilian real even though only about 10% of its pricing is denominated in the Brazilian currency.

However, he remarked core demand in Latin America remains quite strong. American Airlines is adding a substantial amount of capacity into Brazil in 2H2012 through new market additions and frequency increases. As of Jun-2012 American offered roughly 90 weekly flights between the US and Brazil but this is set to increase in Oct-2012, when the carrier bolsters frequencies in existing markets and converts Miami-Recife-Salvador flights to five weekly nonstop flights in each market.

Delta also remains comfortable that corporate demand will remain solid throughout the remainder of 2012 after results from a survey it conducted of its corporate clients to gauge their travel spend for the rest of the year. Mr Bastian stated that 84% responded that they anticipate maintaining or increasing travel spend on Delta despite the current economic pressure.

US Airways also believes that solid demand trends will continue over the next few months; however, Mr Kirby stated the modest slowdown in close-in bookings continues. The carrier estimates unit revenue growth of 1%-2% in Ju-2012 and 0%-2% in Aug and Sep-2012.

Both Delta and US Airways continue to stress year-over-year revenue comparisons will continue to be difficult going forward. During 3Q2011 US carriers benefited from a lapse in certain ticket tax collection while the US FAA administrative offices were shut down as the US Congress wrangled over an extension of the agency’s operating authority.

Despite posting leading industry revenue for multiple quarters, Delta is facing cost pressure as unit costs excluding fuel during 2Q2012 increased 3.6%, and are projected to rise 5%-6% in in 3Q2012 on a capacity reduction of 1% to 3%. Delta’s consolidated operating expenses during 2Q2012 grew 11% to roughly USD10 billion.

Mr Bastian explained the September guidance includes some costs related to the recent contract the carrier forged with its pilots. He said while the contract will produce significant returns over time, but the “costs came in right away”.

The cost performance is also being dragged down by the airline’s domestic fleet revamp, facility improvements and network improvements that include building out New York LaGuardia into a full-fledged hub with nearly 260 daily departures. But Delta CEO Richard Anderson stated that while those items would pressure the carrier’s cost in the short term, those investments are key to future margin gains.

In the meantime Delta is aiming to drive USD1 billion of structural costs out of its business during the next couple of years. Delta CFO Paul Jacobson remarked that the retirement of a significant number of 50-seats is “one of the biggest single opportunity costs we have”.

Under the new pilot agreement Delta gained an unprecedented ability to accelerate the retirement of inefficient 50-seat jets. Ultimately Delta will replace 75% of of its 50-seat jets with more cost effective mainline aircraft (Boeing 717s being acquired from Southwest) and two class regional jets, said Anderson. Those aircraft are replacing more than 200 50-seat jets during the next few years, and Delta’s CEO stated the carrier’s smaller jet fleet will fall from more than 500 in 2008 to less than 125 aircraft during the next two years.

Mr Bastian stressed the revenue opportunities generated from the fleet replacement is substantial, noting Delta has stressed on a number of occasions that “the 50-seaters have been the perfect storm for us”. He pointed out that as the up-gauging occurs Delta will see margin improvement from the larger aircraft.

Delta also expects investments in its website, crew scheduling and airport technology to result in cost reductions in the future. But throughout the remainder of 2012 the carrier is facing rising costs against an uncertain economic environment that could dissolve demand at a moment’s notice. Delta believes it can quickly react to market changes by pulling the capacity lever. Even as capacity reductions ensure a favourable supply-demand equilibrium, decreasing supply does create some short-term pressure on unit costs, which add to Delta’s cost challenges in the near term.