Delta’s premium seat strategy is ‘holding up well’ even though corporate demand continues to be heavily depressed; indications are it will come back 'pretty aggressively' during 2H 2021 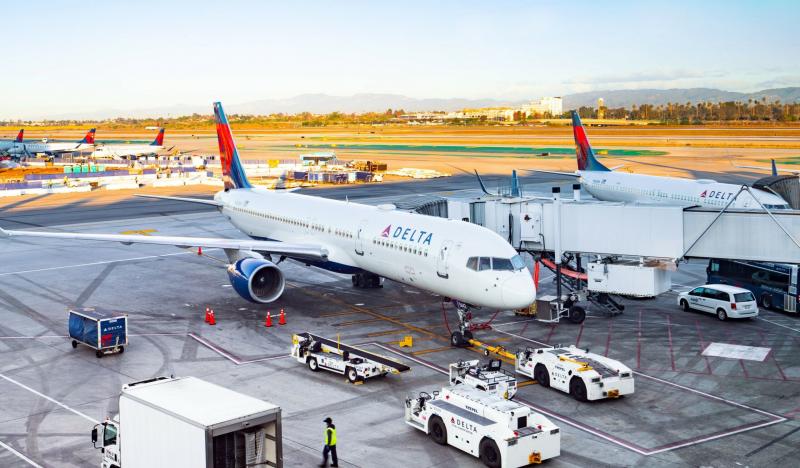 It is no surprise to learn that in today’s unprecedented travel market that leisure routes and destinations are the best performers in the network of US major Delta Air Lines. Domestic demand dominates and international demand remains weak and still limited to essential travel while COVID-19 infections remain high across many different parts of the world.

Airlines have adapted quickly to the challenging landscape and while it remains a tough operating environment for all, many are now much better placed to survive what has been described by some CEOs as the worst crisis to have yet faced the industry. Even with diluted corporate demand Glen Hauenstein, Delta’s president, acknowledged during the airline’s recent 4Q 2020 investor and analyst presentation that its premium seat strategy “is holding up well”.

According to the executive, domestic premium revenues “performed in line with main cabin in the quarter,” a good outcome considering that the airline is continuing to operate a largely leisure-driven environment, coupled with a “higher proportion of premium seat tailback” due to its policy to block the sale of middle seats.

Predicting future demand is difficult and the historic data that underpinned network decisions is now irrelevant. Like most airlines, Delta is now of targeting sellable capacity to match demand and that means “biasing restoring capacity to leisure markets”. As a result, roughly a third of its domestic capacity is currently deployed into leisure destinations.

The airline’s strong coastal hubs, especially New York and Boston, are now some of the weakest areas in its network, with demand in those hubs only 20% to 25% recovered, according to Mr Hauenstein. This is mainly due to depressed level of corporate demand, which he said was “only 10% to 15% restored” for the quarter.

Positively, corporate revenue was about three points higher than the previous quarter, with small and medium accounts, which Mr Hauenstein said make up half of Delta’s corporate revenues, “recovering five points faster than large corporates”.

It will certainly take longer for corporate demand to return. However, there is further optimism from a recent Delta corporate survey that found two out of five (40%) respondents expected full recovery by 2022.

"Our corporate accounts are telling us that they largely anticipate returning to their offices and travel in the Jun-2021 and Sep-2021 quarters. They are also telling us by the end of '21, half are expecting to return to 50% to 100% of pre-COVID domestic travel and up to 50% of pre-COVID international travel,” explained Mr Hauenstein.

There is also positive suggestions that the loss of corporate demand from changing business policies to travel, technology substitution and the general reduction in the size of the market could be in just single-digit levels. This is a figure that many have attempted to predict, with speculation from some respected business leaders putting levels up as high as 50%. In Delta’s case its corporate survey suggests it will be around 7%.

“Everyone's speculating what's going to happen to business travel… 7% said we'll never be back to 2019 levels, only 7%. And 42% said they weren't sure, needed more time to figure it out,” said Mr Bastian about the survey results.

These findings indicate that the airline’s corporate customers believe that around three quarters (75%) of demand will be back no later than 2023, and Mr Bastian’s own thoughts are that this is “a very pessimistic view on business travel”.

“I felt optimistic when I saw those results. We know it's going to be different going forward. I've said many times, it could be 10% to 20% lower over a period as it's substituted and complemented. There'll be different types of travellers, different reasons for people travelling. But I think business travel has got a very, very strong opportunity to return over the next two years,” he added.

All indications from Delta are that corporate travel is ready to start coming back. “It will come back pretty aggressively beginning in the second half of this year,” predicts Mr Bastian. The airline will be confident that its strong – and improving – relationship with its customers will position it well for the recovery. After all, its Net Promoter Score hit an all-time high in Dec-2020 of 71, up 20 points year-on-year. It proves that even in a crisis you can still build a strong relationship with your customers.