Despite 1Q loss, Delta is bullish on profitability as it strengthens hubs and cuts Atlantic capacity 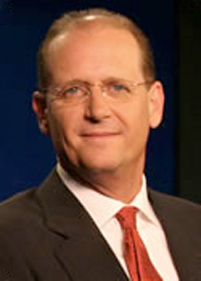 Delta Air Lines intends to improve this year on the USD1.2 billion profit it posted in 2011 despite recording a pre-tax USD36 million loss 1Q2012. The carrier believes strong demand and revenue trends will continue throughout 2012, allowing it to recoup increases in fuel expenditure that rose USD250 million during the first three months of 2012.

The pre-tax loss was a USD355 million year-on-year improvement of Delta’s 1Q2011 results, driven by a strong revenue performance despite headlines of a spreading recession in Europe and the uncertain ripple effects of the continent’s economic woes. Factoring in USD136 million in special items, including the favourable settlement of fuel hedges and a USD39 million gain from the settlement of its airport slot swap with US Airways, Delta recorded a USD163 million profit. Its net loss excluding those items was USD39 million.

Despite the 1Q2012 loss, Delta president Ed Bastian declared it was the best first quarter performance posted by Delta since 2000, and the 2.6% operating margin was a 4.1 ppts improvement over 1Q2011.

Delta recorded a 9%, or USD666 million, rise in overall revenues to USD8.4 billion on a 3% decline in system capacity. Carrier CEO Richard Anderson remarked that Delta recorded margin improvement across every region and every hub in its network, with Mr Bastian noting the particularly strong performance of the carrier’s Detroit and Minneapolis hubs. He explained Delta’s results in New York outperformed the airline’s system results in the domestic market by two points, which was driven by the first phase of Delta’s expansion at LaGuardia Airport. The carrier last year closed on a deal to cede 42 slot pairs at Washington National Airport to US Airways in exchange for 132 slot pairs at New York LaGuardia.

The turnaround in Delta’s trans-Atlantic performance was particularly dramatic as unit revenues in those markets grew 22%, driven by a 12% improvement in yields. Delta’s trans-Atlantic capacity fell 9% year-over-year as the carrier placed more focus in managing its seasonal capacity in an effort to mitigate weak revenue performance during slower travel periods, indicating that reduced capacity allowed Delta to increase fares. Mr Bastian stated Delta’s performance in the trans-Atlantic market in 1Q2011 contributed a large portion to the carrier’s USD318 million loss for the period. During the first three months of 2011, the trans-Atlantic entity was the worst performing region in Delta’s network, with unit revenues falling 1% and yields only growing 8%. During that time Delta increased trans-Atlantic capacity by 16% year-over-year.

See related article: Alaska, Delta and JetBlue zero in on managing seasonality in an attempt to preserve profitability

Despite concerns that while combating higher fuel expenses airlines would have trouble sustaining the pricing traction they enjoyed in 2011, Mr Anderson commented that Delta has been successful in passing on higher fuel costs in 2012. But the carrier does admit that the results are largely due to how fares are structured rather than absolute fare increases. Carrier executive vice president of network planning, revenue management and marketing Glen Hauenstein explained there has been strengthening in fare fences and advance purchases, which have helped to improve yields for the US airline industry.

Mr Hauenstein attributed Delta’s robust performance on trans-Atlantic routes to the carrier’s reduced capacity in those markets and increasing business traffic from the US to Europe. “What we see is the US is seeing opportunities in Europe to work,” he explained. “So we’ve seen actual cabin load factors and same store sales where we haven’t changed capacity in the business cabin go up, as well as revenues.” Mr Hauenstein said Delta is obviously watching the situation in Europe very closely and would take actions in reducing fall and winter capacity in those markets if signs of further weakness crop up.

New service Delta introduced throughout its network from LaGuardia last month appears to already be showing promise as Mr Bastian said the airport in Apr-2012 is showing the largest margin improvement across all of Delta’s hubs despite a 25% increase in capacity. Last month Delta introduced 15 new markets from LaGuardia, and will add 27 new markets from the airport in Jul-2012.

Mr Hauenstein acknowledged that historically LaGuardia was not one of Delta’s best performing hubs, and noted the carrier was “only halfway there” in terms of turning LaGuardia around. As Delta secures the second half of its slots and the second tranche of flights begin, he believes the momentum in LaGuardia will continue. Once the new flights start, Delta will clearly put even more distance between its seat offering at LaGuardia versus American Airlines. By the summer timetable, Delta will hold 46% of LaGuardia’s slots, compared with American’s 21% share. 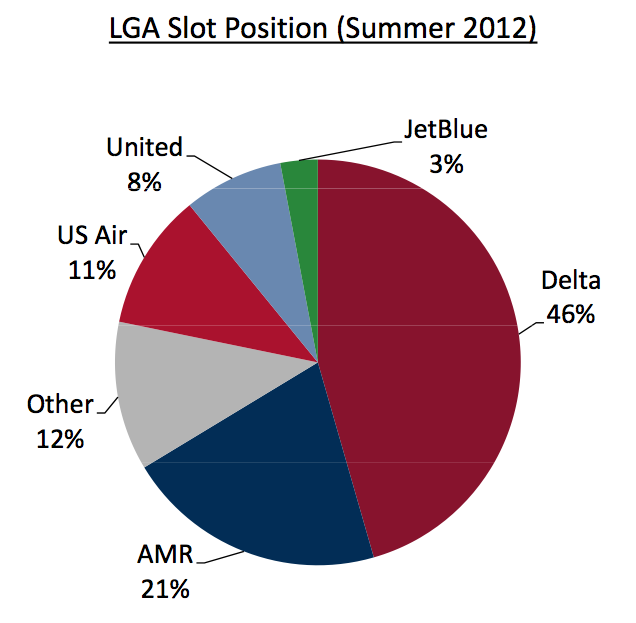 Delta’s consolidated operating expenses grew 2% in 1Q2012 to USD8 billion, with maintenance expense emerging as the line item showing the largest year-over-year increase of 16%. The carrier has a policy of performing its aircraft heavy maintenance during slower periods, which accounts for some of the cost spike. Its order last year for Boeing 737-900ERs will allow the carrier to phase out maintenance-intensive older aircraft.

Delta in late 2011 unveiled a cost reduction programme aimed at reducing its non-fuel unit costs over a 18-24 month period to USD8.4 cents through staff productivity improvements, the shedding of fuel inefficient 50-seat jets and improving maintenance efficiency. In the short term, Delta has offered to some of its employees a voluntary retirement package that closes out next week. Previously Delta estimated the cost reduction scheme could cut overall costs by USD600 million to USD750 million.

Bullish outlook for remainder of the year

Delta is holding firm to besting its 2011 financial performance as Mr Anderson declares profitability should increase in 2012 despite higher fuel costs.

As the carrier moves into the second quarter it states year-over-year comparisons become somewhat tougher as it begins to lap numerous fare increases instituted in 2011. Current projections show an 11% increase in unit revenues for April, with forecasts for May showing increases in the high single digits.

Mr Bastian stated Delta is showing improvements in both booked load factor and yields in its domestic markets, and positive traction on trans-Atlantic yields. He remarked even as the second quarter is a shoulder season for Delta’s Latin American markets, the carrier is seeing improved loads in the region year-over-year.

Delta expects to record an 8% to 10% operating margin in 2Q2012 as system-wide capacity falls between 1% and 3%. The carrier’s capacity in Pacific markets is growing 7% largely due to the resumption of flights between Detroit and Tokyo Narita as well as capacity increasing following declines in the aftermath of the Mar-2011 earthquake and tsunami in Japan.

The carrier ended 1Q2012 with USD5.7 billion in unrestricted liquidity and a trailing 12-month return on invested capital of 10.6%, which is in line with Delta’s stated goals of 10% to 12%.

Mr Anderson reiterated Delta’s plan to build a durable business model that generates strong profit margins and allows for investments in the carrier’s future. “Please expect more of the same ahead,” he declared. 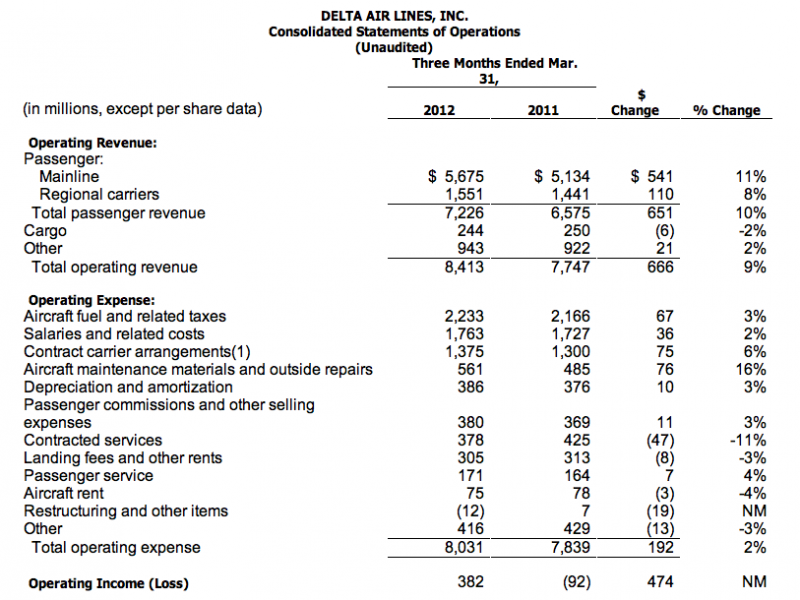 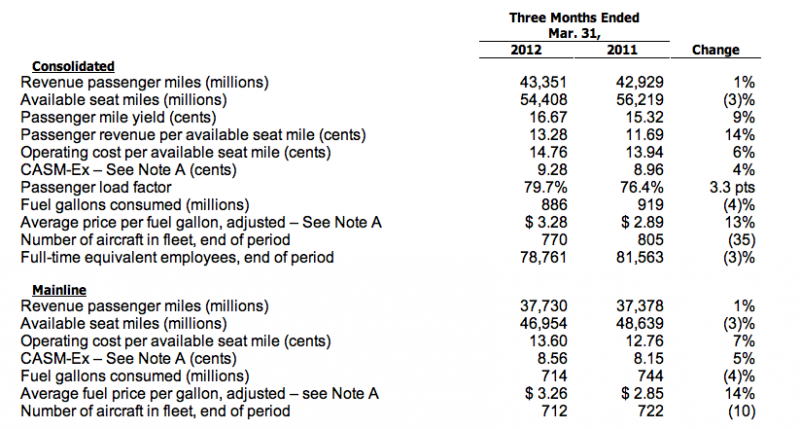