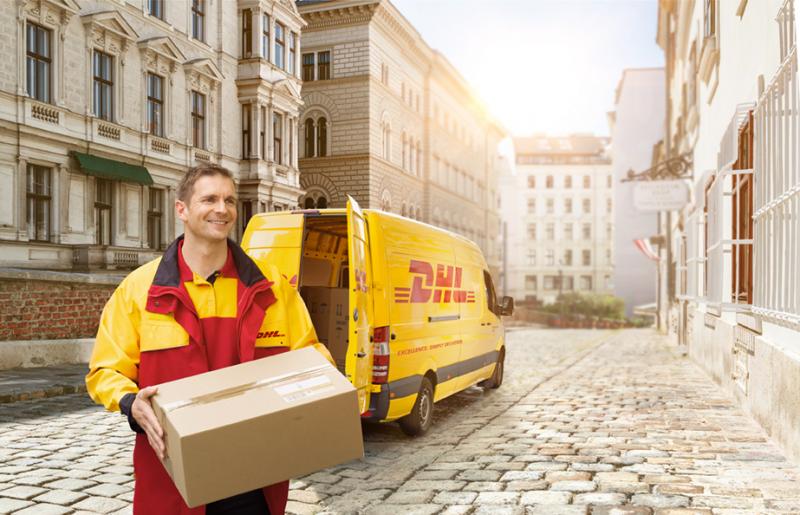 The growing popularity of internet shopping is driving demand for parcel delivery services, and like other European postal groups, Deutsche Post is expanding its business and investing in new technology and services to meet this demand. With declining letter delivery volumes the lucrative B2C parcel delivery market is now the sweet spot for logistics specialists and Deutsche Post’s ‘United Parcel Nations of Europe’ strategy will – it believes – enable it to fight off increasing competition.

The move by Amazon to carry out more of its own parcel deliveries will certainly threaten Deutsche Post’s standing in the sector. The US online retailer accounts for as much as 30% of the parcel volumes at Deutsche Post’s DHL Group, Credit Suisse analysts estimated earlier this year.

Under the ‘United Parcel Nations of Europe’ plan, part of its Strategy 2020 series of strategic objectives and financial targets that were unveiled in 2014, Deutsche Post is expanding its presence across the whole of Europe, creating a standard framework to offer its services across the whole EU38 community. It already has activities in 19 markets having gone ahead with an investment into the United Kingdom, despite fears over the impacts of Brexit. The company is taking a country-by-country approach using organic growth, acquisitions and partnerships to boost its presence.

Spain and Portugal are the next countries on its map with existing assets from its DHL Express operation, one of four main businesses within the DHL Group structure, being redeployed to establish a parcels network across the Iberia Peninsula.

The ‘United Parcel Nations of Europe’ strategy will breathe new life into what was effectively Deutsche Post’s legacy domestic mail and parcels operator in Germany. It continues to deliver about 61 million letters at both private and business customers every working day in Germany, but that is now part of the wider Post – eCommerce – Parcel (PeP) business.

Alongside the takeover of UK mail it has gained a minority interest in Relais Colis in France and new co-operation agreements in Scandinavia, the Baltic states, Hungary and Slovenia. And, while its Express day definite and time defined delivery services is the single largest contributor to group EBIT (44% in 2016), PeP remains the largest segment in terms of revenue, accounting for 30% of the total Group revenue. The European and international parcels business is currently a small, but rapidly growing part of this segment, with B2C parcel demand currently growing at around 5-7% in European markets, and 10%+ in international markets each year, but forecast to grow by as much as 13% in the coming years.

A key positive factor behind the strong increase in revenue at Parcel Europe was the inclusion of the UK Mail business in the unit's consolidated results after successful completion of the acquisition of the British company in December 2016 and shows PeP is making good progress in the expansion of the 'United Parcel Nations of Europe' framework.

The logistics sector is an important part of air freight, which is often seen as a barometer of global economic activity. Latest data from global airline grouping International Air Transport Association (IATA) for the first half of 2017 is painting a very positive picture with demand, measured in freight tonne kilometers (FTKs), growing by 10.4% in the six month period compared to the first-half of 2016. This was the strongest first half-year performance since air cargo’s rebound from the Global Financial Crisis in 2010 and nearly triple the industry’s average growth rate of 3.9% over the last five years.

With available freight tonne kilometers (AFTKs) growing by 3.6% during the first half of 2017 it delivers a healthy diagnosis for the industry with demand growth significantly outstripping capacity growth, which naturally helps provide positive yields. IATA says the sustained growth of air freight demand is consistent with an improvement in global trade, with new global export orders remaining close to a six-year high.

However, it warns that there are some signs that the cyclical growth period may have peaked. “The global inventory-to-sales ratio has stopped falling. This indicates that the period when companies look to restock inventories quickly, which often gives air cargo a boost, may be nearing an end,” it says. Regardless of these developments, the outlook for air freight remains optimistic with demand is expected to grow at a robust rate of 8% during the third quarter of this year, according to forecasts.

The IATA analysis shows all regions of the world experienced positive freight growth in the first half of 2017, although there remained some clear geographical variations. Carriers in Asia Pacific and Europe accounted for two-thirds of the increase in demand with rises of 10.1% and 13.6% respectively. In North America demand was up 9.3% in contrast to the negative growth seen during the same period in 2016, while in the Middle East demand growth slipped to 7.6%, well below the 10.8% average annual rate seen over the past five years.

Africa, boosted by very strong growth on the trade lanes to and from Asia, witnessed the largest rate of growth over the first half of 2017 with demand rising 25.9%, while Latin America continues to be blighted by weak economic and political conditions, particularly in its largest economy, Brazil and delivered the smallest rate of growth at just 0.3%.