Does the degree of safety we feel affect how much we enjoy a trip? What precautions are we prepared to take to have an enjoyable journey? 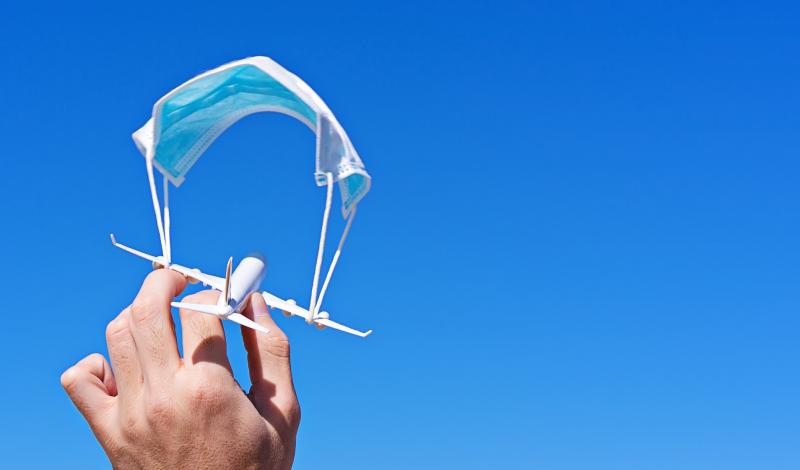 Booking a flight, jumping on a train and even taking to the road was never something we thought about much. If we needed to get somewhere we’d consider the best option for the journey – usually the fastest in these days when time is money – and set off.

But with COVID-19 and the potential for infection around us every day now, is that disrupting how we think about the way we travel? It’s clear that car travel has increased greatly as people feel more in control of their health while in the bubble of a car. Getting on a train or travelling through airports and on planes has some added risks associated to them.

Mattress company Eachnight has recently undertaken a survey of recent US travellers and whether the way they travelled actually affected how they felt about the trip they took. There are some surprising results.

When it comes to what precautions were taken by the travellers, 57.4% of those who flew were prepared to pay more for a direct flight. Just over 50% also avoided going to the bathroom while on the plane and 45.9% avoided touching amenities on the aircraft, such as tray table or pocket holder. A quarter (25.7%) were happy to pay more for a seat on a plane with less passengers, including buying another seat so there was no-one beside them.

Even though the sample surveyed only included 8.1% of train travellers, it is interesting to note that those people were the ones who claimed to enjoy their journey the most. However it is train travellers who also spent the most on pandemic-related safety supplies. On average train travellers spent USD54 on items such as cleaning disinfectant spray, face shields, hand sanitiser, face masks, nitrile gloves and wipes.

Even though a face mask was the most popular item carried by travellers, over a third of travellers did not take one. Given that face masks have been demonstrated to protect us from the spread of the virus and many places, including airlines, insist on their use, it appears that a third of US travellers still don’t want to use them.

Nitrile gloves were the item that was the least often carried by travellers but were seen as the fourth most useful in terms of travellers feeling safe on their trip. This was particularly true for those who stayed in motels and in short term rentals with over 60% believing gloves made them feel safer. Obviously knowing a thing or two about these things, 20% of baby boomers carried gloves on their trips.

In addition, those that enjoyed their trips the most invested more money in their sleep arrangements, such as taking inflatable mattress, linens and pillows, compared to those that claim not to have enjoyed the trip who spent more money on disinfectant supplies.

When it comes to where the travellers stayed, over 50% had booked into a hotel, 28.7% stayed with friends or relatives, 10.3% went to a motel and 9.1% used short term rentals. Of the hotels booked, 75% of the guests considered the size of the hotel a major factor, with 47% believing a medium sized hotel (25-99) guests were the safest compared to small or major properties. Nearly a quarter of hotel guests skipped their housekeeping visits during their stay in order to limit contact with hotel staff.

So it appears that we need to spend a bit more on safety items when travelling by plane, but that travelling by train actually makes for a more enjoyable trip. Packing nitrile gloves may not be our first thought but the survey suggests in fact that it will end up making us feel safer for those periods when we need to interact with public surfaces.