Dreaming of a [delayed or cancelled] white Christmas in Europe? How passengers are protected (Part 2)

As heavy fog, snow and the occasional stray reindeer lead to what will be the almost inevitable havoc at Europe’s airports this Christmas period, the Blue Swan Daily looks at the European regulation providing protection to passengers travelling to and from the EU - as well as the airline industries’ push to ensure the right balance is maintained.

Delays, cancellations and denied boarding are an unavoidable part of air travel, particularly during the busy winter festive season. For those travelling to Europe, EU Regulation 261/2004 (the “Regulation”) sets out a series of entitlements available to eligible passengers in the event of such delays.

In this, Part 2, we’ll look at what exclusions apply to this coverage and examples of situations in which an airline may not be obliged to provide compensation.

Extraordinary circumstances – Usually, the airlines’ first (and arguably best) line of defense is claiming the delay or cancellation was caused by ‘extraordinary circumstances’ which were beyond their control and therefore limit their liability. Examples include: political or civil unrest, security risks, hidden manufacturing defects in the aircraft or extreme weather.

Aircraft technical problems - this issue was dealt with recently by the English Court of Appeal which ruled that “ordinary technical problems that cause flight disruption, such as component failure and general wear and tear, should not be considered ‘extraordinary circumstances'”. Hidden manufacturing defects however, particularly in new models of aircraft, go beyond the scope of component failure or general wear and tear. As such, where they cause a delay or cancellation the affected airline can rely on the particular defect to justify an extraordinary circumstance.

Strikes - where the strikes are the result of industrial action being taken by staff of the operating airline, ordinarily this does not constitute an ‘extraordinary circumstance’. Where the strike is out of the airline’s effective control (including air traffic control, ground handlers etc), then it will likely be deemed ‘extraordinary’. 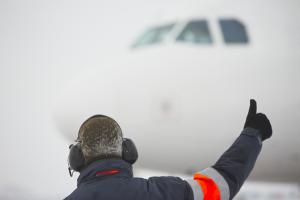 Striking a balance for both passenger and airline

Passengers travelling into, within, or from the EU are some of the best protected consumers of air travel. The global regulator ICAO together with industry bodies such as IATA are currently examining ways to achieve global uniformity in how consumers are protected when delays and cancellations occur.

Striking a balance, however, between consumer protection and maintaining commercial feasibility for the airline industry hasn’t been easy. The industry has repeatedly expressed concerns that decisions being made every day by airlines for the purpose of ensuring passengers are conversely and concurrently exposing the airlines to very costly compensation liability. There have been ongoing efforts to revise and refine the Regulation to ensure such a balance is maintained but striking a balance hasn’t been easy. In 2013, then Director General and CEO of IATA Tony Tyler expressed the frustrations felt by the airline industry in this regard:

“Everybody is frustrated when travel plans are disrupted. And there is a legitimate role for governments to regulate protections for consumers. But to avoid unintended consequences, there needs to be a rigorous cost-benefit analysis. And no regulation should penalize airlines or their customers for airline decisions made in the best interest of safety”

Regulation 261 arguably remains a leading template to which global airline regulators often look towards in relation to passenger protection. In Australia, the Australian Consumer Law Review cite the Regulation, as well as similar regimes in the United States and Canada, as an international benchmark in their ongoing review of consumer protection law in Australia.

So, for those travelling to Europe this winter, including from Australia and the Pacific, Regulation 261/2004 will provide an important source of protection to passengers in the case of delay or cancellation - when dreaming of a white Christmas becomes an unfortunate nightmare.