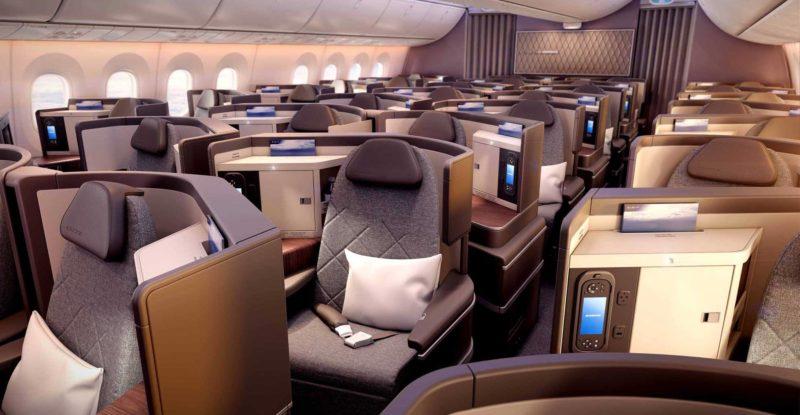 Israel’s El Al has never been seen as being at the cutting edge of the passenger experience, but that could all change as the airline takes a modern approach to flying with the introduction of its first two Boeing 787-9 Dreamliners into its fleet during the second half of this year. A significantly raised cabin and in-flight offering on the type will see the carrier bring added competition on its flights into Europe from September 2017 and North America and Asia from October 2017.

El Al will introduce 16 787s into its fleet by 2010 after formalising a deal with Boeing to firm tentative commitments for two additional 787-8s and one 787-9. It currently has six unfilled orders for the type directly from Boeing, while a further seven aircraft will be sourced via lessors. The aircraft will directly replace smaller 767-300s and larger 747-400s, allowing the airline to restructure its network, add frequencies, redeploy 777s into its larger markets and add new destinations.

Its first aircraft, a 787-9, is due to arrive in August 2017 and will be deployed on its Tel Aviv – London Heathrow route from September 2017 and from the end of October will be gradually integrated into its long-haul schedule to North America and Asia. The aircraft is tentatively scheduled to start serving the Tel Aviv – London market from September 12, 2017, source tells The Blue Swan Daily.

The 787-9 will be configured in a 282-seat arrangement, including a 32-seat Business Class cabin with staggered Recaro CL6710 seats, a lie-flat offering in a 1-2-1 arrangement offering direct aisle access to all customers. There will also be a dedicated 32-seat Premium Economy cabin, a new offering for the carrier, and 222 seats in Economy.

“The moment you set foot in the Dreamliner, you immediately feel something different, new and exciting. This is the feeling we were aiming for when we had El Al's dream aircraft in mind, a combination of exceptional, warm service, along with a unique design that fully surrounds you onboard the most advanced aircraft in the world,” says El Al.

The new in-flight offering is a significant improvement on what the airline currently offers; including a step change in the premium cabin; some comparing the offering to the First Class service it provides on the 747-400 and 777-200.

The arrival of the new 787 “will be the peak of El Al’s renewal momentum, creating a revolution in customer experience across all flight interfaces,” according to its president and chief executive officer, David Maimon as part of the implementation of its vision “to lead the aviation market in Israel and to be the first choice airline for all customers traveling to and from Israel.”

The arrival is a long overdue step in the airline’s long-haul restructuring. It had previously placed an order for ten 787s only to cancel the deal and place a revised order in 2015. The scale of the deal will allow El Al to optimise its network. The 16 aircraft will replace six 767-300ERs (seating between 215 and 228 passengers) and six 747-400s (seating between 381 and 455 passengers) although with a seating capacity similar to the airline’s six strong 777-200ERs they could also replace those aircraft

In fact in the last couple of months, CAPA reported that El Al has reportedly cancelled reservations for First Class travel during the winter 2017/2018 schedule on the Tel Aviv to Hong Kong, London Heathrow and Newark routes flown by its 777-200ERs, suggesting that all three could be the initial routes for the Dreamliners.

The planned debut of the 787-9 has already freed up a 777-200ER to launch a new Tel Aviv – Miami service which operates on a three times weekly basis from November 1, 2017. Miami will be El Al's only destination in Florida and the carrier's fifth route in the US. “This decision is part and parcel of the strategy in which we recognise the importance of Transatlantic routes and our desire to expand El Al’s presence in North America,” says Mr Maimon.

A more optimised, efficient network strategy based around a modern new fleet is one pillar of a project to deliver profitable return within the El Al business. While revenues grew 5.56% in Q1 to $418 million on a 7.1% increase in frequencies, versus the same period in the previous year, its yields slipped by around 0.5% and delivered a net loss of $30 million, versus $21 million in Q1 2016. This was attributed to an increase in payroll costs (resulting mostly from the timing of one-time bonuses for 2016 and the shekel appreciation) and a rise in jet-fuel costs.

El Al’s network currently consists of 50 non-stop routes: dominated by flights into Europe (39 destinations) and supplemented by flights to North America (Boston, Los Angeles, New York, Newark and Toronto), into Asia (Bangkok, Beijing, Hong Kong and Mumbai) and Johannesburg, its sole destination in Africa. The importance of its long-haul operations is clear to see with USA its largest destination market by capacity with Tel Aviv – New York its largest city pair market.