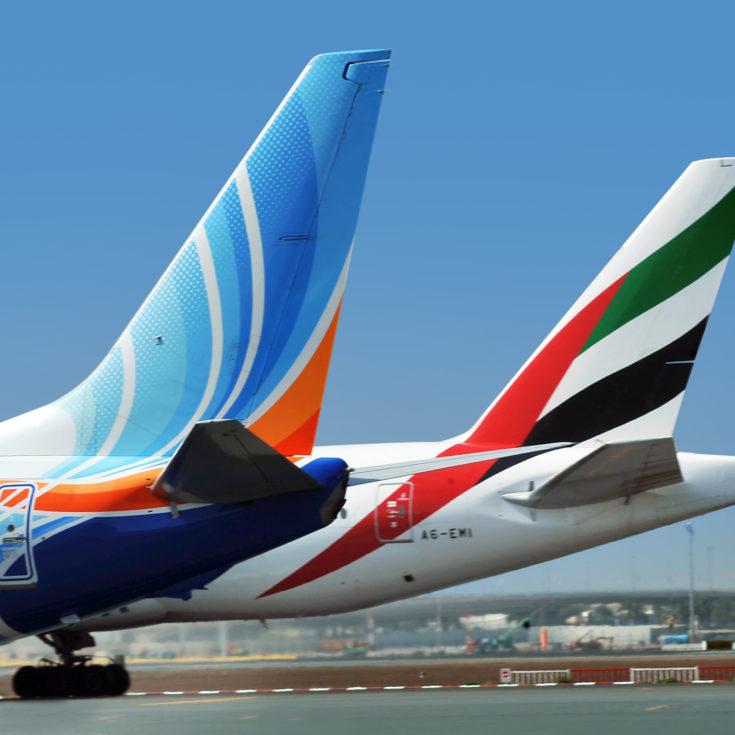 The agreement, reached last month, comes as no surprise and had been expected for a long time given the airlines shared ownership and provides a logical solution to Emirates’ need to add smaller capacity aircraft into its fleet to enable it to grow its connectivity and compete with both Etihad Airways and Qatar Airways into secondary markets.

Following the retirement of its Airbus A330 and A340 fleets in 2016, Emirates’ smallest aircraft has become the Boeing 777-300ER as effectively its small operation of 777-200LRs are often earmarked for specific missions, operationally and strategically. Although ideal for larger or more mature markets, the type is too large to serve many secondary points or to add additional frequencies into existing markets.

The CAPA – Centre for Aviation global team of experts deliver a wealth of insightful commentary on the latest news and trends affecting the commercial aviation industry. Visit centreforaviation.com for a trial membership.

Smaller aircraft can open thinner markets and off peak frequencies, but can also right size existing services that are at overcapacity. Emirates is hotly rumoured to be finalising a deal with Boeing that will see the 787-10 and 777X that will partly plug the gap and provide a potential replacement for the A380, but the tie-up with flydubai will provide it with a ready-made network of destinations.

Although both airlines are controlled by the Dubai Government through the Investment Corporation of Dubai (ICD), Emirates has always been quick to distance any commercial links highlighting on numerous occasions they are run as two completely separate operations. They do currently interline, but flydubai's location in a different terminal across the runway from Emirates at Dubai International makes for long minimum connection times and a transfer process that is not seamless.

The new partnership will see them continue to be managed independently, but will leverage each other’s network to “scale up their operations and accelerate growth”. Going beyond a traditional codeshare, it will include integrated network collaboration with coordinated scheduling and the two airlines will also work to further develop their hub at Dubai International, seeking to align systems and operations to ensure a future “seamless travel experience”.

According to CAPA – Centre for Aviation’s Fleet Database, Emirates currently operates an exclusive widebody fleet of 259 aircraft, including 96 A380s and 13 dedicated freighter aircraft operated by its SkyCargo division. These serve a total of 157 scheduled destinations (including 16 cargo-only points). Meanwhile, flydubai up until this week operated an exclusive ‘Next-Generation’ Boeing 737 fleet, flying 53 737-800s to over 90 destinations in 44 countries. These will be complemented by new 737MAX-8s, with 75 on order for delivery between now and the end of 2023, the first of which arrived at Dubai International Airport last week.

The new partnership aims to optimise the networks and schedules of both airlines, to open up new city-pair connections via Dubai International. Additionally, this will help both airlines feed more traffic into each other’s complementary networks. The current combined network comprises 216 unique destination points, but is expected to rise to 240 destinations by 2022.

flydubai was initially established in 2009 as a traditional Low-Cost Carrier (LCC), but has evolved to the hybrid model after moving from a single-class 189-seat configuration on its 737-800s to a dual-class arrangement seating 174 passengers with a dedicated 12-seat, 2-2 split Business Class section. This will make for a better fit within the Emirates network allowing flydubai to offer similar service levels in its unique markets and a complementary schedule to destinations they jointly serve.

Our own The Blue Swan Daily analysis of OAG schedules show that Emirates and flydubai currently jointly operate on 34 routes from Dubai this summer, including some of the largest markets from the metropolis: flydubai serves Kuwait, Bangkok, Mumbai, Karachi, Delhi, Tehran and Bahrain which are among Emirates top ten destinations by flight frequency. The size of these markets will permit the two airlines to continue to fly alongside one another, but schedule coordination could free capacity to redeploy either single-aisle or widebodied capacity into other markets.

This new partnership will effectively provide Emirates with a ready-made narrowbody operation. This will enlarge Emirates' network, especially into secondary markets in Pakistan and Saudi Arabia; allow it to grow frequency on seat constrained markets (like India) by replacing widebodies with more numerous narrowbodies; and right size regional capacity that is suffering from overcapacity because of the large use of widebodies.