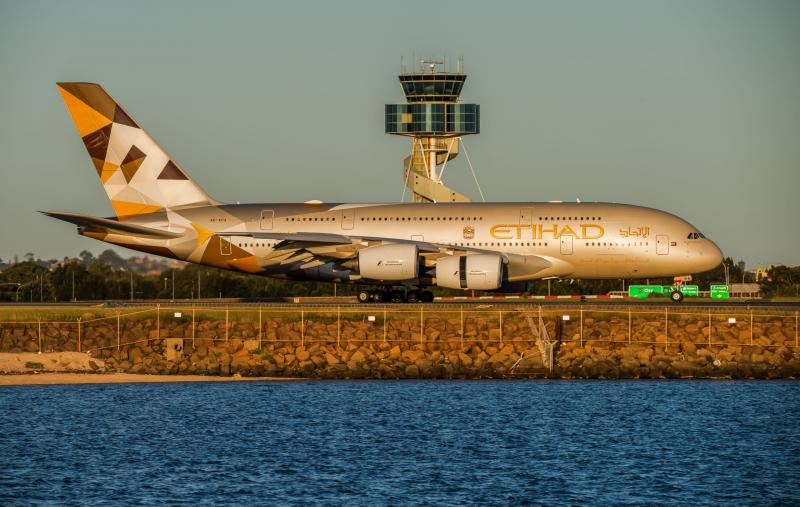 International aviation’s reach is long. Events in Europe and the Middle East can have very important impacts on the far flung countries of the South Pacific. Yesterday Etihad and Lufthansa announced another step in their move together. There will be implications for Australia and New Zealand.

Late last year the two airlines had established a joint deal to allow Lufthansa to use some of ailing airberlin’s aircraft, along with some limited codeshares. Then last night in Abu Dhabi, they announced they were to establish "two big contracts" as Lufthansa CEO Carsten Spohr described them: one for Lufthansa to provide catering services to Etihad, the other for the Gulf carrier to use Lufthansa group’s maintenance operation, Lufthansa Technik.

Details of a wider partnership are light on, but the important bit is the signal that there is far more to come. In Mr Spohr's words, "any intensive partnership is like a road - and we are at the beginning of the road".

For Etihad – a major operator into Australia and a 22% shareholder in Virgin Australia – the move towards an now-almost inevitable joint venture with European giant Lufthansa group is a vital part of the UAE carrier’s future.

In turn, its impact will progressively diffuse into the Australian and New Zealand markets.

Lufthansa’s metal is long gone from South Pacific shores, battered out by the intermediate sixth freedom airlines in southeast Asia and more recently by the Gulf carriers. After a flirtation with Qantas, while the kangaroo still operated over Singapore to Frankfurt, Lufthansa now codeshares with Star Alliance partner Singapore Airlines into both Australia and New Zealand.

Together the two groups are a powerful world combination

Now, by getting into bed with Lufthansa, Etihad ensures a modified future; its shape is still unclear – but change it will. For now, although the deals are worth some USD200 million over the next few years they are small beer in the big picture. These are two major airline groups with enormous pull and, combined, they represent a global force.

There are some parallels with Qantas’ deal with Emirates back in 2012; after years of complaining about Emirates’ unfair advantages in the Australian market, Qantas finally worked out it was better to join than to fight. It was a major turning point for Qantas internationally.

Likewise, although the new agreement is little more than a toe in the water, the intent is there to expand, perhaps also to a JV. Meanwhile, it is really only Lufthansa’s very active unions that prevent the sort of expanded rationalisation both airlines now need. They are both at a watershed, as James Hogan moves on after 10 years at Etihad’s helm and Lufthansa struggles to remain relevant as Europe’s LCCs and the Gulf carriers eat their lunch in both short and long haul markets.

Lufthansa’s presence in ANZ will increase over time

In the short term the two carriers will be rationalising their route networks and, sooner or later, Lufthansa will have its code on Etihad flights into Australia. This potentially expands Virgin Australia’s partnership and codeshare options – although Lufthansa heads the Star Alliance.

This will not make its Star partners Singapore Airlines or Air New Zealand all that happy. Mr Spohr specifically said yesterday that “Star Alliance is only one of our approaches to partnerships”, leaving the door open to much greater flexibility in achieving its market goals.

For Virgin the news is probably good – in the long run

Etihad is unlikely to be selling down its share in Virgin Australia. There is too much value in the Australian market - and Etihad has such a large stake in it - to risk losing a seat at the table.

As Lufthansa’s voice grows in the partnership, it is highly likely too to want to secure its access to the antipodean marketplace. And in turn that should serve to reinforce the offering that a combined Etihad-Lufthansa can offer.

But that’s down the track. There’s a long road to travel for all concerned.