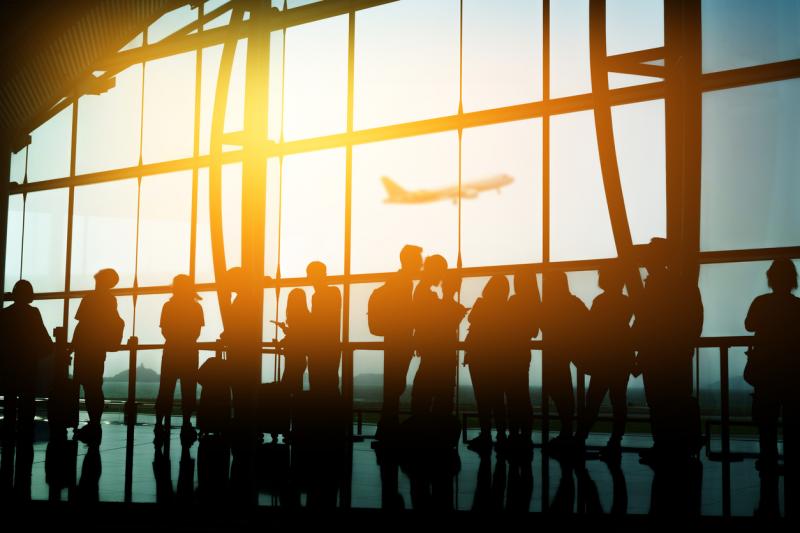 Figures released by ACI Europe reveal that European airports had “by far the best first half year traffic performance in more than 10 years” in 1H2017, with passenger volumes expanding by close to 30% since 2012. EU and non-EU markets ended up posting similar growth levels in passenger traffic, at +8.7% and +9.9%, respectively.

Growth was driven by a mix of one-off factors, which include the bounce back of some markets affected by terrorism, the return of strong passenger demand in Russia and to a lesser extent in Turkey, continued improvement in the economy, and oil prices consistently remaining below US$55 per barrel. The latter contributed to falls in airline ticket prices generally. 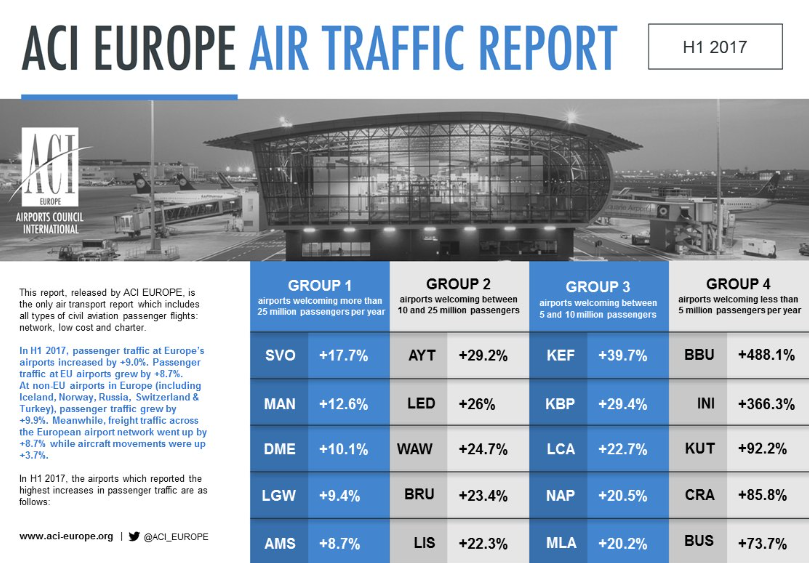 Intra-European traffic growth has been around the twice the level of Domestic US because of intense European competition and low fares while the consolidated US industry has had little growth because of higher fares.

So there is plenty of good news for the European aviation industry to wallow in, but every silver lining has a cloud.

In this case, ACI sums it up by saying, “This kind of growth has clearly outstripped the most optimistic forecasts... something that should be borne in mind by anyone who doubts the looming airport capacity crunch facing Europe”.

This capacity crunch has been a favourite topic at ACI Europe for a while now, but what is the reality?

According to the CAPA - Centre for Aviation Airport Construction Database, expenditure on infrastructure, current and anticipated, in Europe is running at around US$123 billion, equivalent to that of North America, though well short of the total investment in Asia Pacific (US$391 billion). However, that region has a population that is six times larger than that of Europe.

CHART -Investment Activity (US$) for all Airport Projects (August 2017) 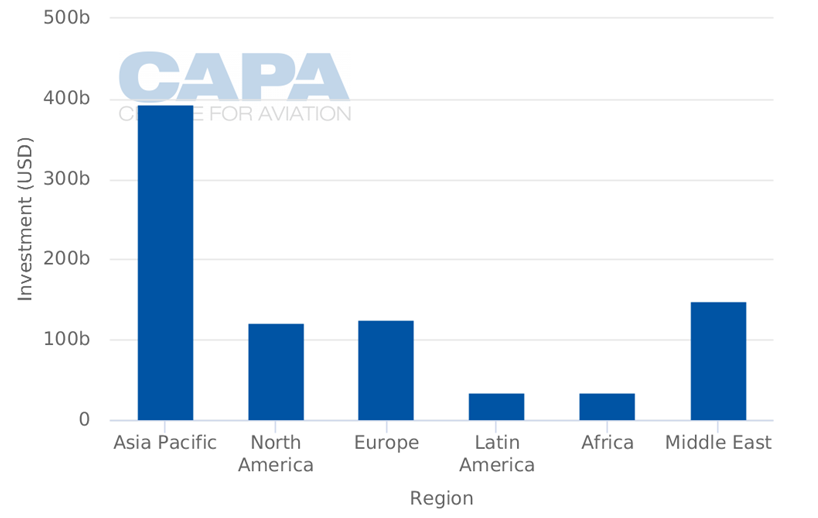 Where the actual number of projects is concerned, Europe scores quite highly with 333, compared to 297 in North America and 448 in Asia. (The reason for the difference between projects and investment is explained by the fact that the level of investment tends to be lower in Europe than in Asia, where many of the world’s mega airport projects are located [especially in China]). 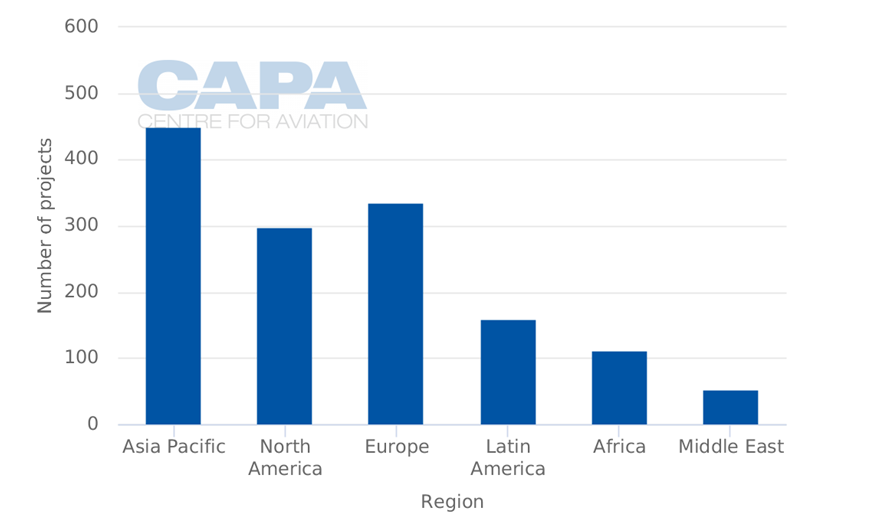 Where Europe is lagging is in the construction of new airports, with only around a quarter the number of projects compared to Asia Pacific and marginally less than Africa. 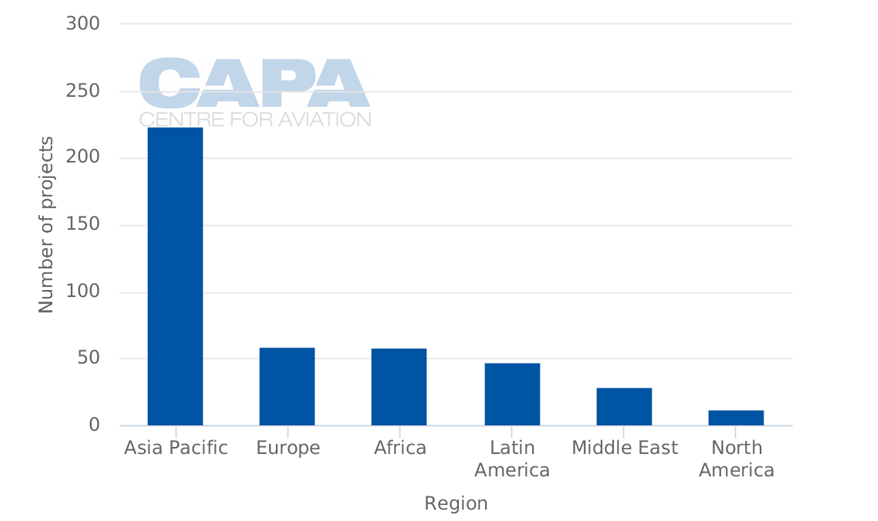 So while there is validity in ACI’s concerns about airport infrastructure in Europe – just as there is in the US where President Trump’s proclamations about infrastructure spending have yet to convert to reality and where only 10 new airport projects are under way or planned– the picture is perhaps not quite as bad as it may seem.

Measuring the outlook against the US’ poor infrastructure record may not be enormously encouraging, but at least it is perhaps comforting to know someone is in a worse position.

The CAPA Airport Construction Database is intended primarily for application as a customer market research tool and provides the most comprehensive listing available, covering airport construction projects on all continents. It is part of a suite of airport-related products which are available as a premium data add-on to the annual membership subscription. Visit centreforaviation.com to find out more.