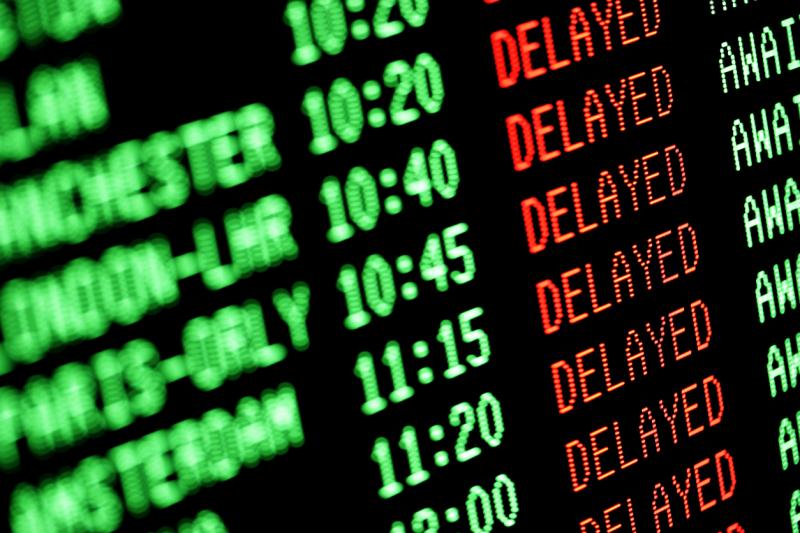 Europe’s air traffic management (ATM) network added +4.4% more movements in 2017, bringing the total to 10.6 million for the year. Overseen by the Eurocontrol Network Manager (NM), the continent’s ATM network covers 43 countries - but despite its recent growth, the NM area continues to miss performance targets and has not met airspace objectives to meet ballooning passenger demand.

Looking to the busiest period for the European airline industry, the months of Jul/Aug/Sep-2017 had the highest monthly traffic ever recorded, each totalling more than one million flights. Specifically, for Jul-2017, the month saw an average of 33,721 movements per day, the highest of the year. This represented an increase of +5.2%, which surpassed the high forecast scenario for the network.

However, during the highest demand period, en route air traffic flow management (ATFM) delay also reached its yearly peak at 1.98 minutes per movement. Eurocontrol attributes weather as the main driver for this increase, however at the area control centres (ACCs) of Karlsruhe, Marseille, Brest and Nicosia, high delays were largely due to capacity, industrial action and staffing issues. 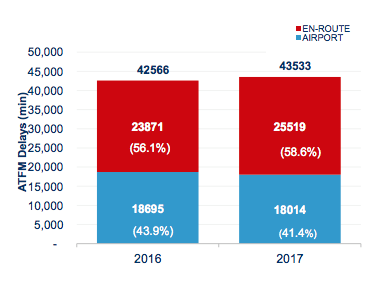 Already in 2018 - a year subject to an abundance of strikes, capacity/staffing shortages and weather impediments - Eurocontrol expects 14.3 million minutes of delay, a +53% year-on-year deterioration. The EU target delay for 2018 is an average of 0.5 minutes per flight, but according to current forecasts, the European NM area is now on path for triple this.

According to a study carried out by the University of Westminster, one minute of delay incurs operating overheads of EUR70. This means delays in the European aviation network will exceed EUR1 billion in costs in 2018, if forecasts are met. With margins as slim as those in the airline industry and rising oil prices, a reduction in delays would not only meet the ever-increasing demands of passengers from a service standpoint, however could lift the profitability of the airline industry as a whole.

En route ATC capacity accounted for 25.5% delays in 2017, and airport capacity another 15.5% of interruptions. This means general capacity issues in Europe accounted for 41% of delays during the year. The influence of weather on en route and airport operations collectively total 32.7% of delays, meaning the bulk of airspace interruptions are clearly derived from controllable factors.