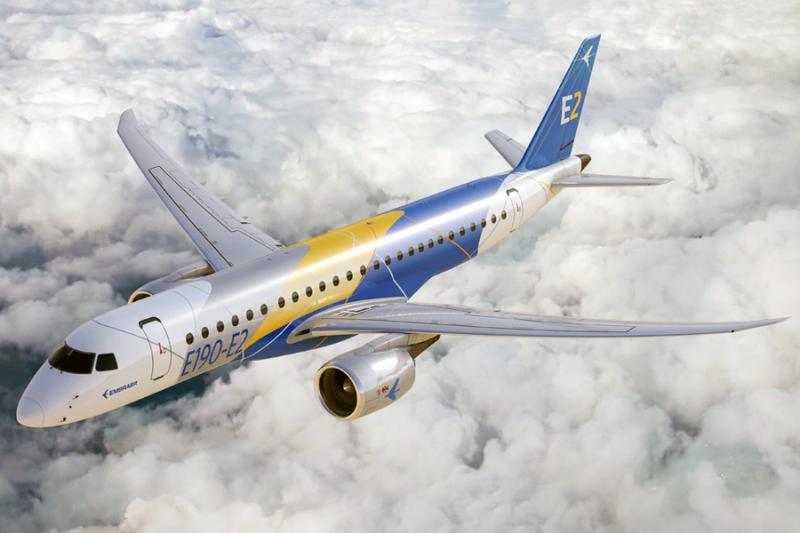 The trend in the 2010s was towards larger capacity aircraft, mainly delivered by upguaging in short-haul flying. During the decade we saw a +19.4% rise in the average capacity per flight departure from approximately 124 seats in 2010 to closing in on 149 in 2019. This trend was expected to continue through the 2020s, but for the foreseeable future a COVID-19 impacted market will see short-term influences.

Brazilian aircraft manufacturer Embraer believes the global pandemic is causing “fundamental changes that are reshaping air travel patterns and demand for new aircraft”. The latest edition of its Commercial Market Outlook, which examines passenger demand for air travel and new aircraft deliveries over the next 10 years. It identifies emerging trends that will influence growth, factors shaping future airline fleets, and the regions of the world that will lead demand in the commercial sector, especially upon the up to 150 seat market where its own product line is focused.

Embraer projects global passenger traffic (measured in Revenue Passenger Kilometres - RPKs) will return to 2019 levels by 2024, yet remain around a fifth (-19%) below Embraer’s previous forecast through the decade, to 2029. RPKs in Asia Pacific will grow the fastest (+3.4% annually).

But it is not just these numbers, but how aircraft will be deployed that is most noteworthy in the observations. “The short-term impact of the global pandemic has long-term implications for new aircraft demand,” says Embraer, and it believes it is now perhaps better placed to secure new orders as aircraft with up to 150 seats become “instrumental” in how quickly the industry recovers.

This outlook is based upon factors such as a shift to smaller-capacity, more versatile aircraft to match weaker demand, a preference for shorter-haul flights, a decentralisation of offices from large urban centres and companies bringing closer to protect their supply chains from external shocks that will require more diverse air networks served by smaller aircraft.

We have seen how easily global supply chains are disrupted when commercial aircraft capacity is cut. That strain has put new focus on “nearshoring,” says Embraer, a trend to redirect production locally and transport output via more controllable networks. That initiative would strengthen domestic markets which would require better regional air connectivity, and influence the type of aircraft serving those new links.

“Our forecast reflects some of the trends we’re already seeing – the early retirement of older and less efficient aircraft, a preference for more profitable smaller airplanes to match weaker demand, and the growing importance of domestic and regional airline networks in the restoration of air service,” explains Arjan Meijer, president and CEO of Embraer Commercial Aviation.

The accepted belief is that air travel market will be smaller for years to come. Consequently, the airline capacity plans of the past will no longer fit. A big plus for Embraer is that during the past few months, the up to 150-seat aircraft category played a key role in the initial recovery of the airline industry and was well suited to times with subdued demand.

Embraer’s market projections are based on world passenger traffic having a compound growth rate of +2.6% a year over the next decade. This significant deceleration mirrors the GDP decline and the extended recovery period from the COVID-19 crisis. The manufacturer anticipates that global RPKs will return to 2019 levels in 2024.

Through the decade, it predicts Asia Pacific (including China) and Latin America will have the strongest growth, with annual RPK expansion of +3.4% and +3.0%, respectively. This will be followed by the Middle East with +2.9%, Africa and the CIS with +2.6%, Europe with +1.8%, and North America with +1.6%.

The biggest uncertainty for such projections is the fact that human behaviour cannot be predicted. We’ve already seen pronounced shifts in passenger behaviour and their consumption of air travel in the short-term, but as Embraer notes: “temporary behaviour becomes permanent the longer people endure a particular set of circumstances”.

Overall, new travellers will certainly be more conscious of their choices in the future which, in turn, will reshape the current demand profile. “Airlines will need to review their networks, assess their fleets, offer new solutions, communicate efficiently, and provide freedom of choice to attract passengers,” says Embraer.