Frankfurt and Munich compete for new Avianca link from Colombia 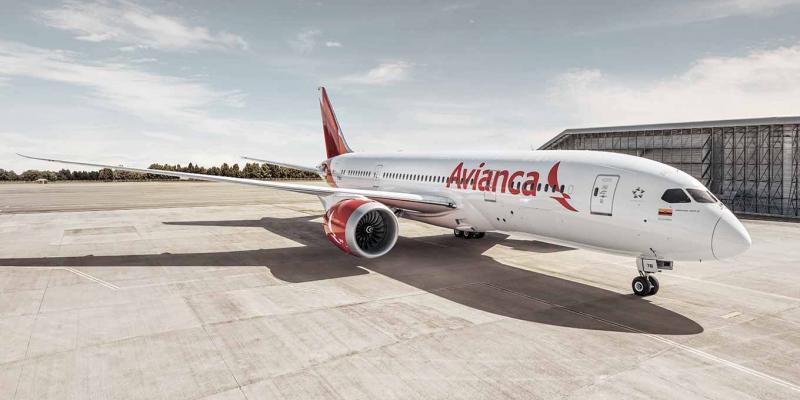 Avianca is planning to expand its network in Europe as part of the next phase of its international expansion as it starts to focus more on the international market, while slowing its domestic expansion. The Colombia based airline group plans to resume non-stop flights into Germany, adding to its existing European destinations of Barcelona, Madrid, and London Heathrow.

In an interview with CAPA on the sidelines of the recent IATA AGM in Cancun, Mexico, Avianca Holdings' chief executive officer Hernán Rincón said that the group’s international operation “is growing very, very nicely”, while domestic growth was more subdued. In the first five months of 2017 international ASKs were up 9.4% year-over-year with international passenger numbers up 13.3% as load factor improved by 4.2pts to 82.2%.

Europe was Avianca’s fastest growing region in 2016, with 13.6% ASK growth and 16.5% RPK growth, and the region is again growing rapidly in 2017. “Madrid and Barcelona are growing very, very fast,” says Mr Rincón.

Avianca is planning to launch a fourth destination in Europe in early 2018 and Mr Rincón reveals that Munich and Frankfurt were being evaluated, and one of the two German cities would be selected “soon”. He says Avianca plans to operate the new route to Germany from Bogotá with one daily Boeing 787-8 flight, commencing in 1Q2018.

Analysis by The Blue Swan Daily of OAG traffic data shows that an estimated 102,000 two-way origin and destination passengers flew between Colombia and Germany last year. The largest indirect flows were on the Bogotá – Munich and Bogotá – Berlin city pairs, although flows on Bogotá – Frankfurt show it could sustain additional capacity alongside the existing Lufthansa service. Annual demand was up 9.9% year-over-year in 2016 and traffic continues to rise in 2017 with indirect demand up 13.6% and non-stop demand up 17.5% in Q1 2017. 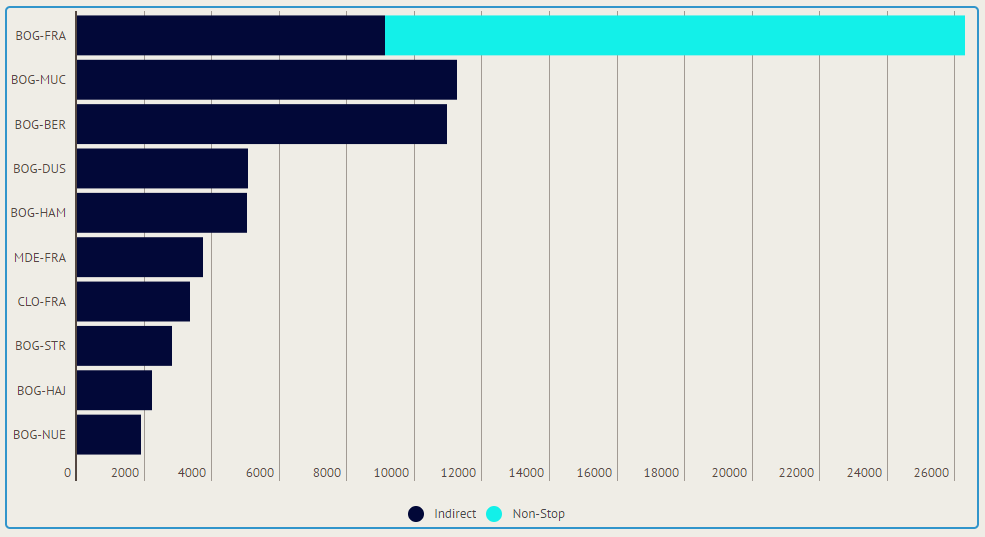 Mr Rincón says Avianca is also planning to add capacity to its existing European destinations. Madrid, its largest European destination and is served with 28 weekly flights from Bogotá, Cali and Medellín. Barcelona and London are only served from its main hub in Bogotá with one daily flight on each route. Avianca has nearly doubled its operation in Europe since 2014, when it started taking delivery of 787-8s. Avianca previously served Europe with A330s, which are now used on medium haul flights within the Americas.

Avianca now uses its 787 fleet on all of its 42 weekly flights to Europe having transitioned exclusively to the Dreamliner across its network in 2016 as three additional 787-8s were delivered, for a total of 10 aircraft. It configures its 787-8s and A330-200s with a similar number of seats, but has a much better business class product on the 787, which makes the type more suitable for long haul flights to Europe. Mr Rincón confirms an eleventh 787 will be delivered in November 2017 and used for the new German route from next year.