From its birth following the merger of Intra Airways and Express Air Services and a journey via Jersey European and British European to Flybe, the high cost, low fare airline was seemingly always set to struggle 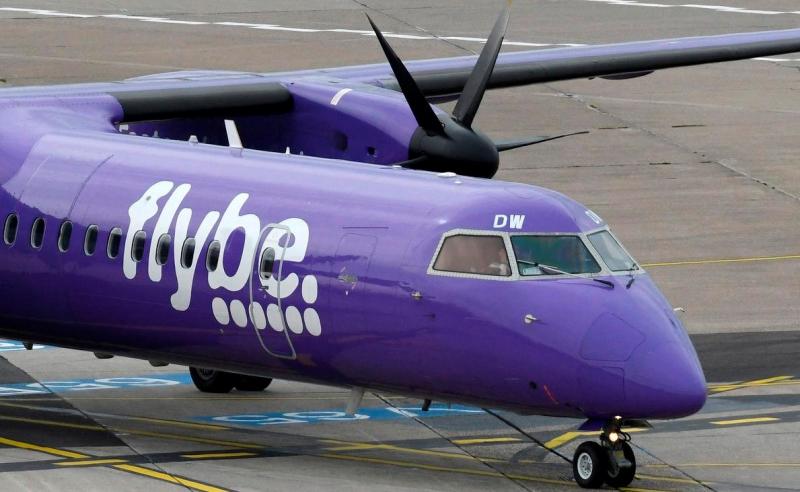 You always suspected that when the Virgin Atlantic supported consortium acquired control of Flybe early last year that it wouldn’t be the last chapter of a story that dates back to the 1970s and the merger of Jersey and Bournemouth-based businesses Intra Airways and Express Air Services.

Unlike fairy tales a new Virgin birth – this time under the Virgin Connect brand – was not to be the happy ending many hoped. Instead, Flybe, also known to many business travellers under the Jersey European and British European names of its evolution, has now been confined to the aviation history books.

A Government lifeline promised earlier this year proved to not be enough for the carrier which fell into administration last week. Last ditch talks to save the airline proved unsuccessful against a backdrop of unlawful state aid claims and even suggestions that a rescue effort would go against sustainability promises. IAG’s chief executive Willie Walsh spoke at the CAPA Qatar Aviation, Aeropolitical & Regulatory Summit in Doha last month about a rescue being a "blatant misuse of public funds".

From an outsider, it is clear that Flybe delivered vital connectivity between the UK regions, but that it was also burdened with high costs - from aircraft to staff – and of course an APD bill at both ends of its domestic services. Through the years, it often seemingly appeared to not know what it wanted to be: a low cost carrier or a business airline providing essential connectivity. New routes would be opened and stopped with increasing frequency as the airline dipped its toes into city pairs and then often quickly retreating.

Right now its 60+ aircraft fleet, dominated by over 50 Dash 8Q-400 turboprops, is parked at airports across the UK, many already having been repossessed by lessors and financiers. Passengers, including many corporate travellers, are quickly finding alternative ways to travel. But, what about those businesses that had hoped to turnaround the business and had invested in a restructuring just a year before its closure?

Its supposed saviour, Connect Airways, was a consortium formed of Virgin Atlantic (30%), Stobart Group (30%) and Cyrus Capital (40%) and this year was supposed to see the transition to the Virgin Connect brand, while maintaining essential regional connectivity to local communities.

For a long time Virgin Atlantic has been attempting to build a connecting network to its long-haul business. It courted British Midland and bmi for a while, even launched its own unsuccessful domestic flights into London Heathrow under the Little Red brand using slots released as part of British Airways’ acquisition of bmi. Flybe’s network certainly provided an opportunity into both London Heathrow and Manchester and was a driver for its investment in the business.

The airline’s collapse certainly leaves a big void in UK regional connectivity, but the market does tend to right-size itself in such times. Eastern Airways has already picked up routes, some of which it already flew for Flybe under a franchise agreement, Aurigny will maintain some Channel Island links, while Loganair has committed to introducing services on 16 markets, mainly connecting Scotland to England, but also out of Newcastle in the north east of England.

You could argue that there could be room for a new regional start-up. It is just six weeks from the religious Easter holidays and there could be the potential for a new arrival to rise from the Flybe ashes but without the legacy costs of almost 50 years of operation that had meant that despite holding a monopoly on more than 85% of the routes its served, still couldn’t deliver sustainable profitability.

What’s for sure is airport leaders in Southampton, Newquay, Belfast City George Best and Flybe’s home base in Exeter - airports where the airline accounted for upwards of 50% of the seat capacity - will be working hard to back-fill the holes left by the airline’s collapse. In Southampton’s case that is almost 95% of its operation!