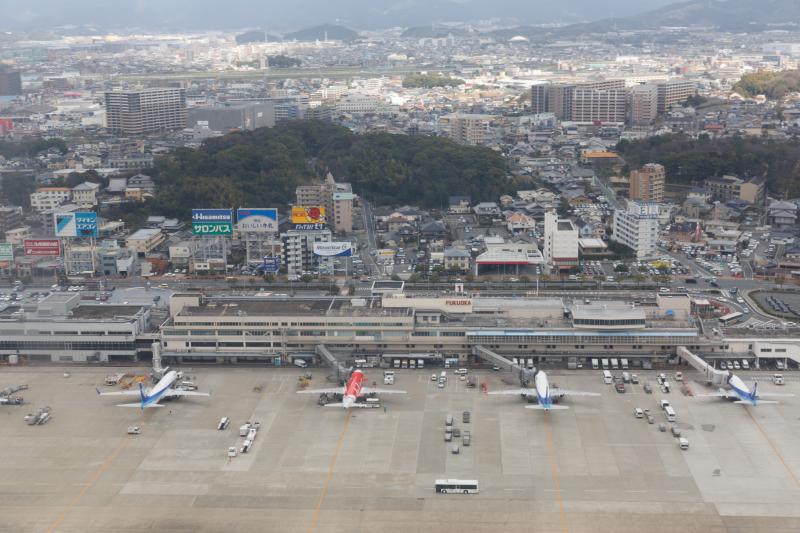 Fukuoka Airport in Japan is next on the list for privatisation. The Ministry of Land, Infrastructure, Transport and Tourism (MLITT) made the announcement at the end of Mar-2017, offering a 30-year concession to be made available by Apr-2019 with a minimum bid price of JPY161 billion (USD1.45 billion). Tender details will be released in May-2017 and it is intended that an operator will be appointed in May-2018.

Japan has over 100 airports, divided into:

Categories 3 and 4 are not currently targeted for privatisation;

Air passenger growth in Japan has been driven by increasing tourism, deregulation, and a belated increase in LCC passengers, of whom there were over 25 million in 2016.

Despite this the trend towards privatisation of transport infrastructure was almost as slow to get under way, as was the use of low cost airlines, when they first began operating there. Japan is a country where the concept of public service financing of public projects was well established and politics often interfered with privatisation proposals. One result was the construction of over 90 loss-making airports.

Japan is a country where the concept of public service financing of public projects was well established and politics often interfered with privatisation proposals.

Typically, the expansion of an airport’s terminal, the building of a new one or the extension of a runway, would be financed by central government and local authorities with relatively small private sector representation in the form of loans from banks and important local companies. The notion of private sector investment backed up by private sector management for private sector gain was not generally welcomed.

While Tokyo Haneda’s landside had been managed by private sector companies since 1952, the first hint of real change came around 2003 and the end of the Seventh Airport Development five-year plan, which involved: improvements at both Tokyo airports; the second phase development of Kansai International Airport; and the Chubu International Airport project at Nagoya in central Japan. The projects had a USD32 billion budget in total, not allowing for a third Tokyo airport, which was back on the agenda at the time.

USD32 billion was a big sum for a country whose economy had stood still for a long time, threatening to divert financial resources and prompting concern for future investments. In consequence, there were already some examples of privatisation activity taking place. The Chubu project for example was Japan’s first real venture into privatisation by way of a private finance initiative. The Central Japan International Airport Corporation was set up with capital of almost USD1 billion, with participation of 40% from central government, 10% from local authorities and 50% from the private sector.

Then in 2011 MLITT announced plans to privatise all national airports by 2020, with the first privatisation process to begin via a merger and corporatisation of the Itami and Kansai International airports. The subsequent privatisation would incorporate a long-term lease concession for the rights to manage runways, airport terminal buildings and car parking but not air traffic control, which would continue to be managed by the national government. The transaction was completed in 2016 when their operation was taken over by a consortium of France’s Vinci Airports, Japan’s Orix Corporation (previously better known for aircraft financing activities) and numerous smaller companies in the Kansai region, on a 44-year lease in what was Japan’s largest project finance deal.

It was a landmark deal because the consortium took on almost USD12 billion of debt, much of it brought about by the offshore Kansai Airport’s propensity to sink. Many potential investors had backed away from that stark reality, delaying the transaction. Hence it was overtaken by Sendai Airport, which was also privatised in 2016, on a 65-year lease and operated by a consortium of six Japanese firms including those with interests in construction, trading and railways.

MLITT’s privatisation aims are driven by the need for more flexible landing fees to attract more airlines; more efficient management; revitalisation of the airports; and for non-aeronautical revenues to grow to offset the reduction in landing charges. In the background, Japan’s fiscal condition still remains as a driver.

Apart from Fukuoka, forthcoming deals involve the national airport of Hokkaido and the small Takamatsu Airport where the first screening process will take place in Dec-2016 for a 15-year concession extendable to 35 years. Applicants for Takamatsu Airport need only offer operational experience since 2006.

100 companies had shown interest in Fukuoka, the airport with the fourth largest passenger volume in Japan despite operations being restricted at the request of local residents. It is still designated as ‘congested’.

The following chart shows how passenger numbers have continued to increase since 2011, when MLITT made its decision to privatise all national airports. The largest percentage increase was 2011-12 (+11.8%) and the annual increase has never fallen below 4% since. To date in 2017 (January and February) it is +5.4%.

Terms were published in Mar-2017 for a 30-year concession from 2019. A new (second) runway (2500 m) costing USD1.6 billion is already under construction according to the CAPA Airport Construction Database. Part of the proceeds from the privatisation transaction will be allotted for constructing the second runway.

Prominent amongst the bidders is Singapore’s Changi Airport Group, which announced its intent to tender on 05 April.